Roughly 435 million years ago, during the Llandovery epoch of the Silurian period, giant sea scorpions swam through Earth’s oceans. The dog-sized sea-dwelling nightmares, while haunting, have largely remained a mystery to scientists. Now, a team of paleontologists has described a new genus and species of the ancient creature. And all we can say is you would not want to be prey stuck in its “catching basket” of spines. 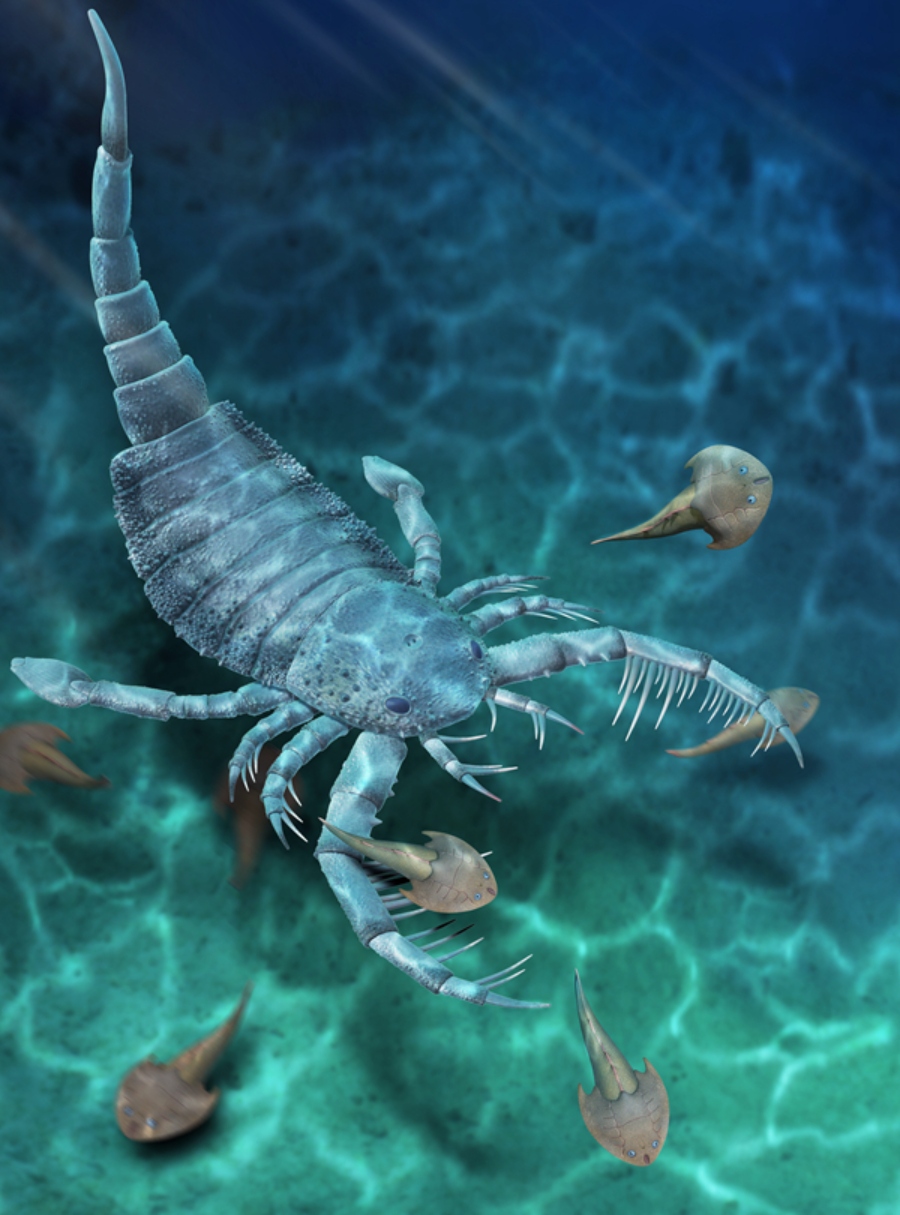 Design Taxi reported on the new genus and species of ancient sea scorpion, which paleontologists have dubbed Terropterus xiushanensis. As the paleontologists note in their study published in the journal Science Bulletin, the new species is a type of mixopterid. Mixopterids, a family of sea scorpion (or Eurypterida), were arthropods characterized by large exoskeletons, scattered nodules, and semicircular scales. Plus mouths surrounded by pairs of small claws. (Fun!)

The paleontologists describe fossils of possibly juvenile versions of T. xiushanensis from southeastern China in their study. The fossils (in the tweet immediately below) show the imprints of two specimens from Xiushan and Wuhan, which measure approximately 15 inches and 40 inches in length respectively. Meaning, yes, the larger of the two would’ve been more than three feet long. Also, again, these were possibly just the baby versions of the species.

“The paleogeographical distribution of mixopterids was rather [minimal] until now and no examples of this group have been previously discovered in [the ancient supercontinent of] Gondwana,” the paleontologists said in a press release from the Nanjing Institute of Geology and Palaeontology and Center for Excellence in Life and Paleoenvironment at the Chinese Academy of Sciences. “Our knowledge of mixopterids is limited to only four species in two genera, which were all based on a few fossils [paleontologists discovered] 80 years ago,” Professor Wang Bo from the Nanjing Institute added.

The paleontologists, of course, say they have a lot more to learn about sea scorpions in China. Even with this specimen, evidence of how these creatures navigated oceans full of ancient, aquatic monsters remains slim. Unlike an adult T. xiushanensis, which we can only assume was as wide as a walrus?