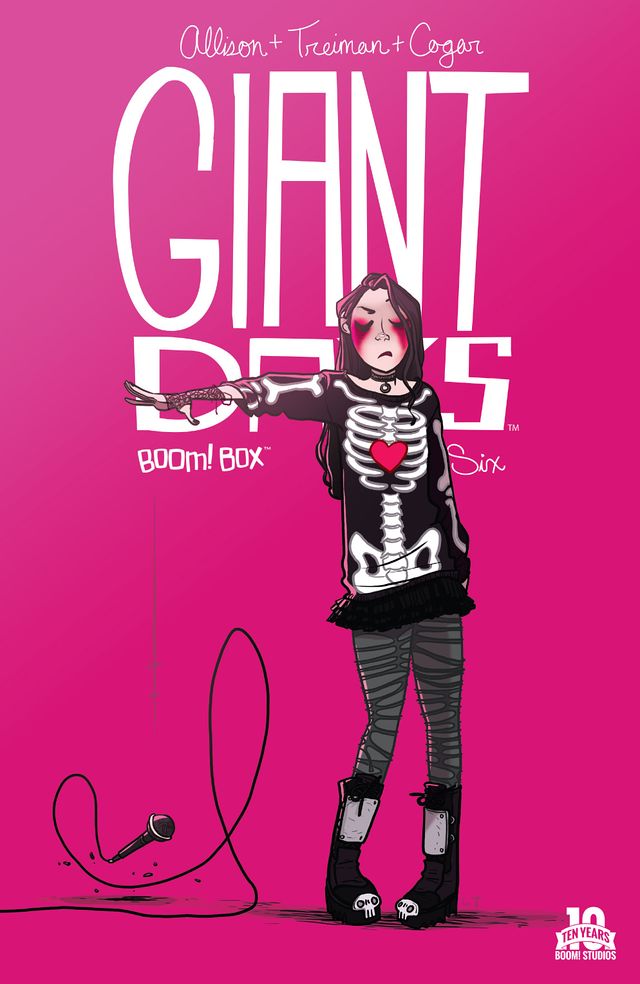 Allow me to remedy my mistake: Giant Days is a slice-of-college-life comic by John Allison and Lissa Treiman, published by Boom!Box, with six issues in stores already and a first collection on the way. And you should absolutely be reading it. 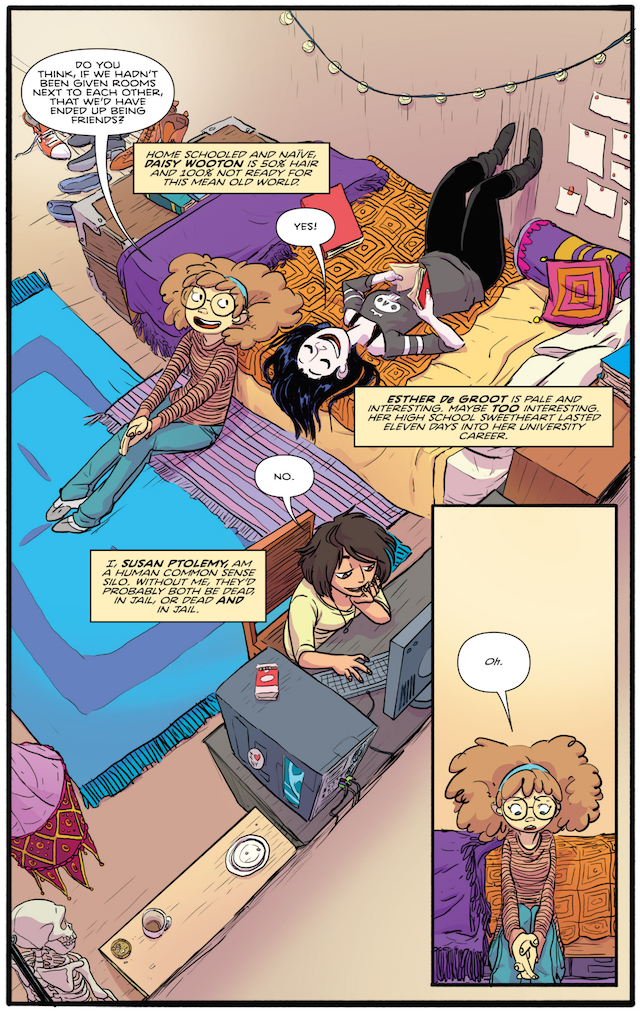 Description alone, however, doesn’t do it justice. Like Terry Pratchett’s Discworld or Bryan Lee O’Malley’s Scott Pilgrim, Giant Days is notable for its strong, distinctive voice. There’s an edge of absurdity to the world and characters—but it doesn’t compromise the book’s emotional stakes, which takes a delicate balancing act. 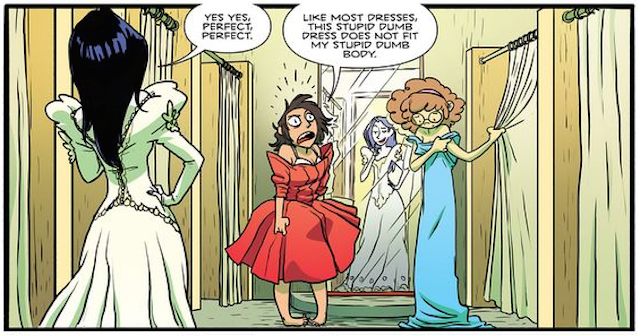 Credit for that act and the voice of the book begins—of course—with writer John Allison, whose nearly two decades as a writer/artist in webcomics have earned him a loyal following and a masterful storytelling hand. Giant Days continues from three issues he published a few years ago, and is loosely connected to his massive and ongoing body of online work, which can be accessed at Bad Machinery or consumed in print collections via Oni and Topatoco. John Allison’s dialogue and character sense are instantly recognizable but difficult to describe, other than “very funny,” “always a bit weird,” and “incredibly habit-forming.” He adapts to the 22-page printed comic format extremely well; Giant Days has the very unusual distinction of being a modern comic that tells a complete story in every issue. 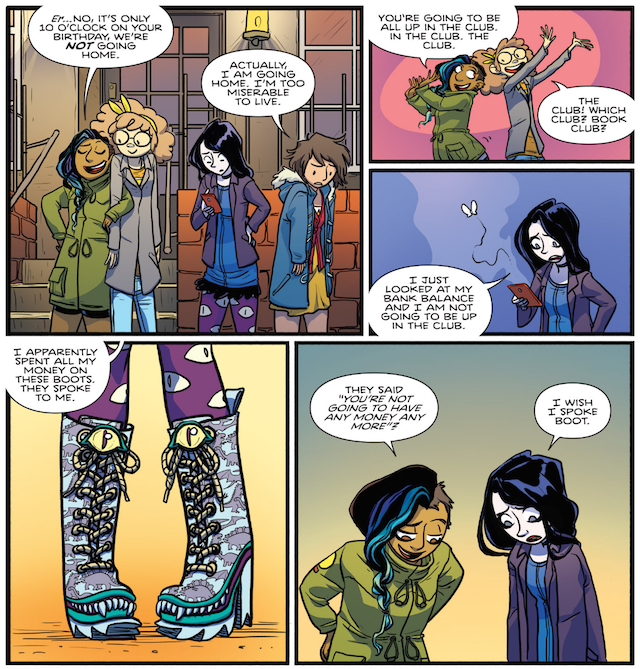 The other star of this comic is the art of Lissa Treiman, who drew the first six issues and will be contributing covers for six more (the book was recently extended from six to twelve issues—and there was much rejoicing!). A Disney animator making her first foray into comics work, Treiman was drawn to the project because she’s also a longtime John Allison reader (along with Boom!Box chief Shannon Watters and yours truly), and she’s been working two full-time jobs in order to make Giant Days happen. An important thing to bear in mind as we drown our sorrows at losing her gorgeous, expressive, hilarious interior art (her touching goodbye to the series is here).

Good things, however, are on the horizon! The new artist has just been announced, and Finnish cartoonist Max Sarin looks like she will be a great fit for the book (you can see some of her work here and here—with translations!). Her art has a remarkably similar expressive capacity to Treiman’s, and I think Sarin may turn out to be another brilliant discovery by Watters and the gang at Boom! More good news is that colorist Whitney Cogar is staying on Giant Days after the switch and let me tell you, her palette is the book’s secret weapon.

You can catch up on Giant Days in a few different ways: the first collection—containing issues 1-4—is out October 7th. Or you can buy the reprinted first two issues under the title “Giant Days: Orientation Edition.” Every issue (including the early material) is also available now on Comixology.

Giant Days is something special. Even in an incredibly rich and varied comics landscape, it stands out, as readers craving something outside the superhero scene discover this breath of fresh air. It’s funny, intelligent, and good-natured—not an easy combination to pull off! And in a world of grim, gritty stories, that these characters actually like and root for each other is refreshing and engaging. You’ll root for them, too. Jump in to this series, keep your eye on these artists, dive into John Allison’s other work, and most of all, don’t say I never told you: you should be reading Giant Days.

Are you reading Giant Days? Let us hear about it in the comments.

How to Start Reading Comics

Faith #1 Helps Us Find The Hero We Need In Comics

“Step Aside, Pops”: the Wit and Wonder of Kate Beaton