Get Your TCG Fix With These Digital Card Games - Nerdist

Get Your TCG Fix With These Digital Card Games

Since its open beta in 2013, many of us have been loving the digital online collectible card game Hearthstone. Whether you play it or not, it is hard to find someone who hasn’t at least heard of Blizzard’s highly successful game. But recently I began to wonder what other digital card games were out there, and what they had to offer. To my pleasant surprise, I found quite a few collectible card based games, some with fascinating gameplay twists. 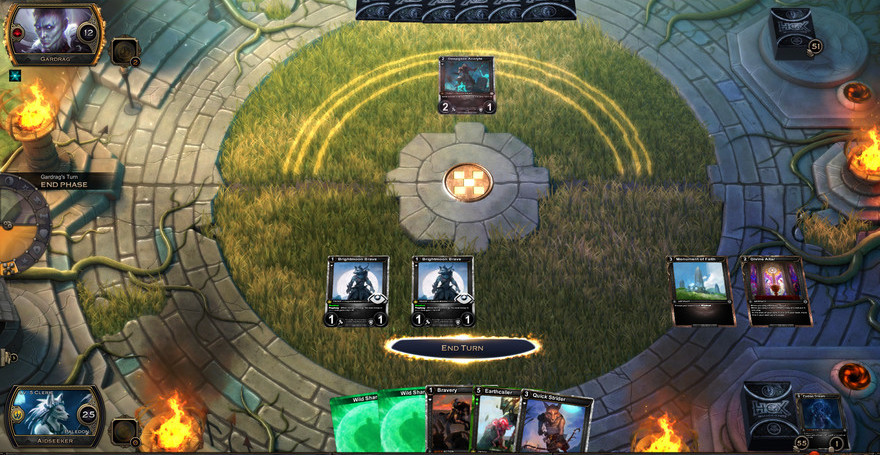 If you’re looking for something that’s a little more in line with the ol’ Magic: the Gathering, you should check out Hex: Shards of Fate. Hex utilizes a resource systems similar to Hearthstone’s mana crystals, but adds a layer of complexity with “thresholds.” There are multiple types of thresholds and they function much like levels. A player can have multiple types of thresholds and have varying levels of each, generated by playing of special cards similar to Land in Magic: the Gathering. Most cards have a resource cost, be it mana, crystals, etc., but will also have a threshold requirement. Even if you have the resources to pay for the card, if you do not have the appropriate threshold, you will not be allowed to play it.

Hex has a fantastically clean looking interface and battlefield, but the cards can often be difficult to read at a distance, unlike Hearthstone. Considering it is free to play, I would suggest you give it a try. 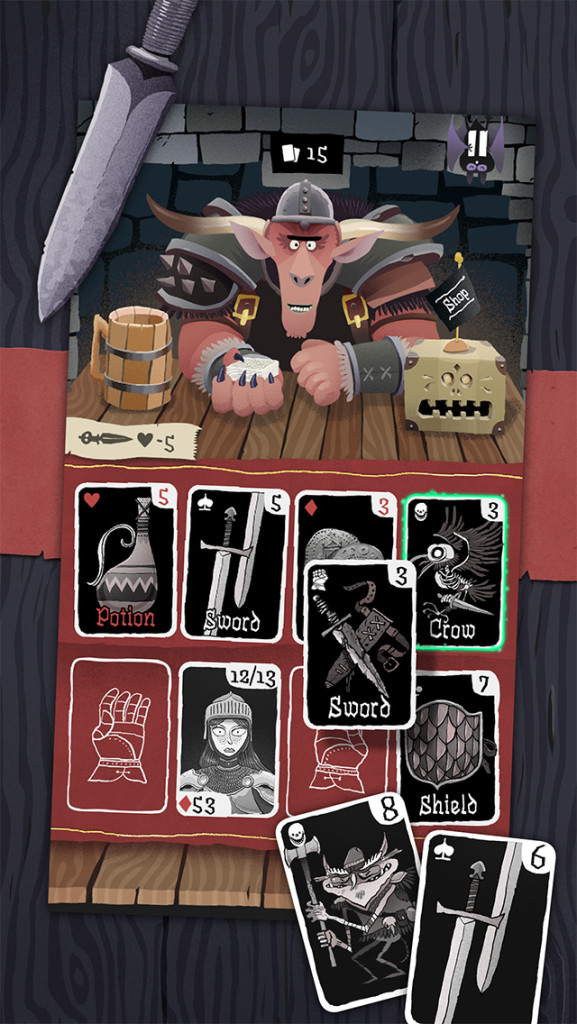 While it is much lighter than most of the games I will describe here, Card Crawl is a mobile solitaire game that makes for a fantastic filler. In a tavern, you sit across from a strange goat-like barbarian that looks like something out of the movie Labyrinth, and he wants to play a game of cards with you. Your objective is to collect the most treasure before either his deck of cards runs out or your character dies. The game plays simply in that four cards are dealt out and you choose how to play them. Weapons and shields can be equipped to your character, and used to fight monsters. Potions and treasure can be used to increase your score or restore your health respectfully, and unique action can help you escape nasty monsters or better utilize your items among other things. You must play three of the four cards before more are dealt, so which and the order you choose them in will greatly determine your progression.

Card Crawl is free to play on both iOS and Android. It does appear to have a pay-wall, but it is only to encourage your to purchase the entire game, which is only a few bucks. Whether you buy it or not, I strongly suggest you give them game a try. 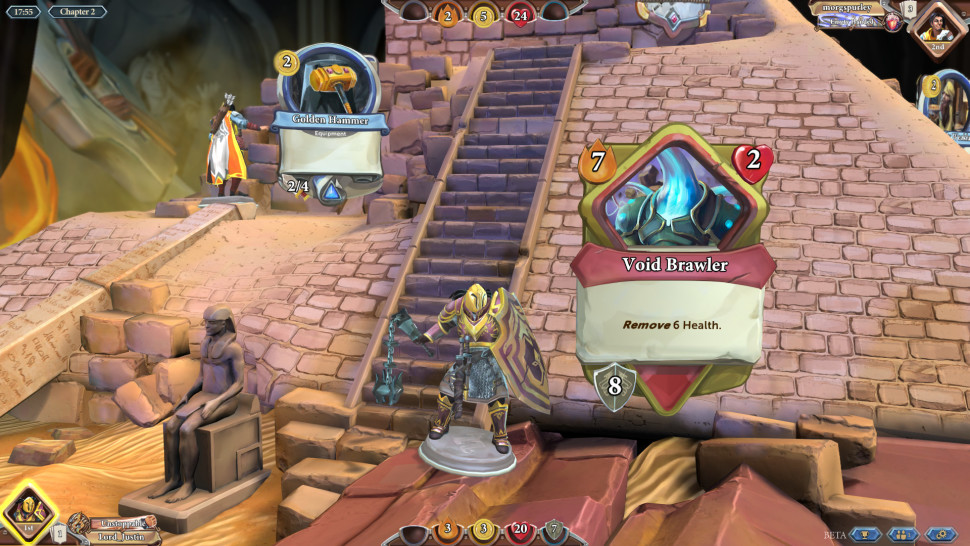 Chronicle: RuneScape Legends is probably the most off-the-wall and fascinating of the games mentioned here, and with that said, I am going to begin with how it is similar to the others. Of course, it wouldn’t be a card game if you didn’t collect cards, which you can do. You will also build decks, and, like Hearthstone, they will be based on unique characters, each with their own sets of cards. You have an opponent, but that is where it starts to get interesting. Unlike most of the games mentioned here, in Chronicle you and your opponent play the game in parallel to one another and it is possible to never directly come into contact with the opponent during an entire match. What in the how do you say? Each match works like this: there are five rounds called chapters, each with four points at which a card can be played. Before each chapter, players will choose from their hand which of up to four cards they will encounter during that chapter; including but not limited to things like enemies, merchants, weapons, and allies, telling a little story as you go.

If both players survive the story they manually weave until the end of the fifth chapter, they will fight each other to the death with whatever stats, weapons, and power they have accumulated. But If a player falls before then, the other wins. Furthermore, the cards you play in your own story can, and frequently do, affect the events of your opponents story, and visa versa. This could result in a monster you planned to fight becoming much stronger than you anticipated, or an assassin being paid off to come attack you when you least expected it. Of course there are some cards that let you and your opponent battle each other along the way, but this is only one of many strategies and ways of playing the game.

Chronicle: RuneScape Legends is like the Matrix in that you have to experience it to truly understand what it is, and as yet another free to play game, you have little to no excuse not to give it a try.

If you know of any other digital card games, or think we are full of it for calling any of these games card games, tell us in the comments.