Get Ready For Spring With These Beautiful Nature-Themed Games - Nerdist

Get Ready For Spring With These Beautiful Nature-Themed Games

As the days get longer and warmer and take us out of winter, annual traditions begin to make their way into our lives. From the annual spring cleaning to the cherry blossom season in Japan, springtime is a time of rejuvenation, renewal, and resurrection.

With spring in the northern hemisphere set to begin on March 20th, there’s no better time to bring a nature-themed board game to the tabletop. All of these games feature magnificent artwork and solid components, but beware: while the beauty of these games may draw you in, they’re not as benign as they seem. A little take-that never hurt anybody, right?

Set during the Edo period in rural Japan, Kami-Sama by Kolossal Games offers players a chance to be the Kami, or spirits of the land, each with different powers. In this area control game, the seasons change via a rotating game board and so does your influence on the different villages. Kami-Sama has a surprising depth to it, especially as the game enters its later stages and players attempt to solve the puzzle of accomplishing goals while maintaining control of their villages. 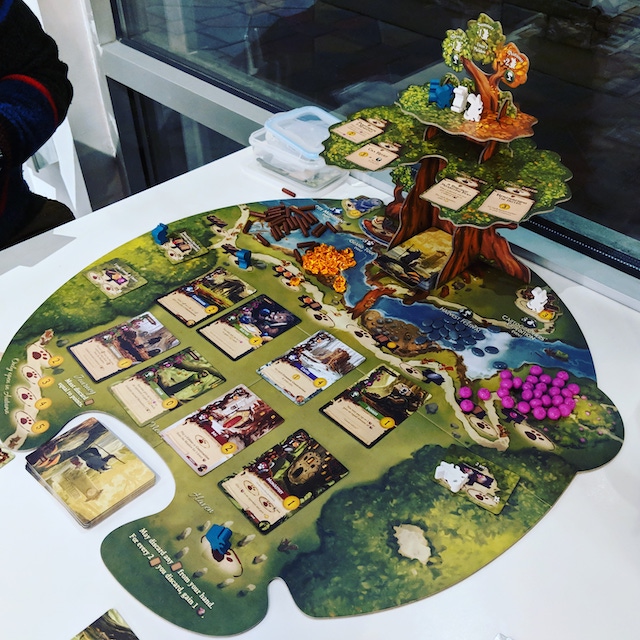 Nothing says springtime like a big, beautiful tree and there’s a splendid one to be found in Everdell published by Starling Games. Place that tree on the table at game night and be prepared for the oohs and ahhs from your fellow gamers. This worker placement, hand management, and set collection game, contributor Rob Wieland said, “The game looks like lighthearted fun but underneath the gorgeous artwork and impressive components lies a tightly wound worker placement game that requires the ability to change strategy on the fly.”


One of our favorite games of 2017, BlueOrange’s Photosynthesis continues to dazzle gamers with its simple yet challenging gameplay. Players maneuver their trees to gain sunlight, blocking others’ trees in the process. As Shea Parker wrote, “If you like competitive, in your face, area control games, or if you like complex puzzles that you can really sink your teeth into, Photosynthesis should be right up your alley.” Watch Becca Scott show how to play Photosynthesis above! 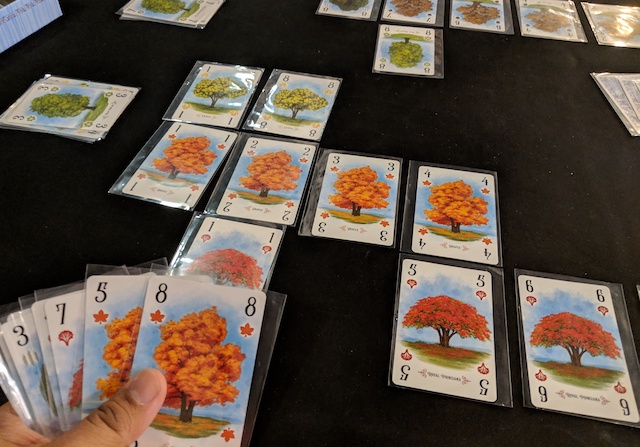 As you play each card in Renegade Game Studios’ Arboretum your tablespace will look like the game’s title, with various tree species neatly lined up in row and columns. The game’s pleasing look, though, belies its ruthless gameplay, which I summed up previously: “You’re watching what others play, in an attempt to secure the right to score certain trees or deny them the cards they need to score their trees. Add the puzzle element of placing ascending trees in rows and columns and you’ve got a game that offers much more than a stack of pretty tree cards.” 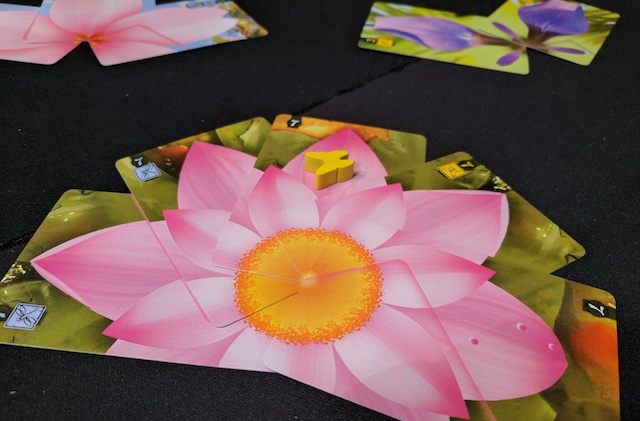 Playing cards onto a table has never been prettier: each card in Lotus, by Renegade Game Studios, is a petal to one of five different flowers. Each flower differs in size and the player who adds the last petal claims it for victory points. It’s not that simple, though, as players use their associated insect on petals to change the outcome of each flower’s area control, resulting in different points scored and special abilities unlocked. Those Lotus flowers decorate the table but not for long as you and your opponents battle to collect the point-scoring petals.