Get Ready for Some Old School Strategy in Battle Line - Nerdist

Get Ready for Some Old School Strategy in Battle Line

Battle Line is an abstract card game for two players with a ancient Greece theme. Publish by GMT Games, this little known gem was created by the well renowned board game designer Reiner Knizia, who also created Ingenious and The Lord of the Rings: The Board Game. Battle Line has been one of my favorite two player abstract strategy games for its simplicity, depth, and of course, the fact that it is a card game. I do love my card games. 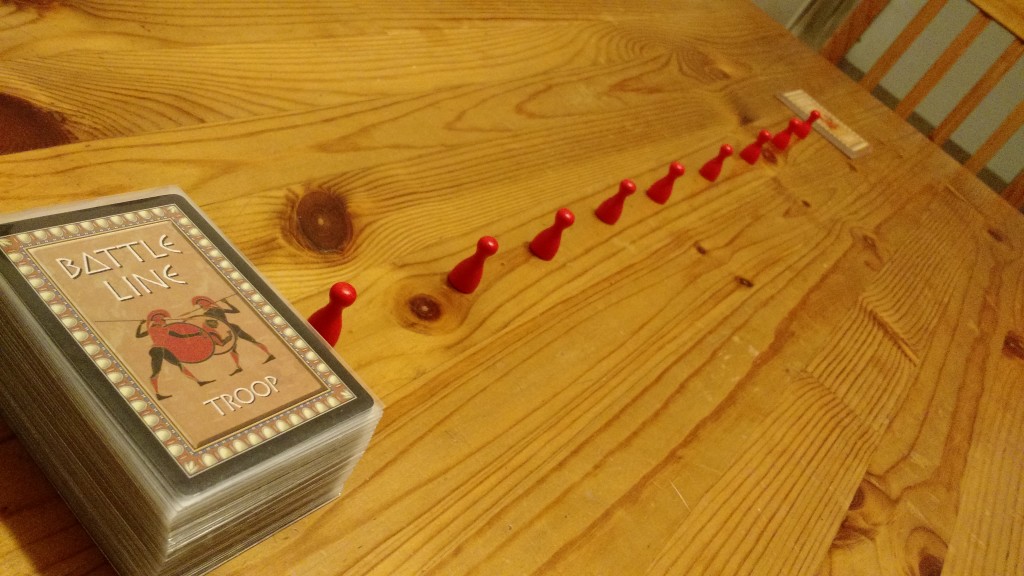 Players achieve this goal by playing Troop cards on their side of the flags to form units. The unit with the highest value will take the flag, but the unit’s value is not based entirely on the number displayed on the cards. In fact, each unit is like a poker hand, granting value to sets and straights and other combinations. There can only ever be three cards in a single unit, and they cannot be removed once placed, so you must consider each card you play carefully. 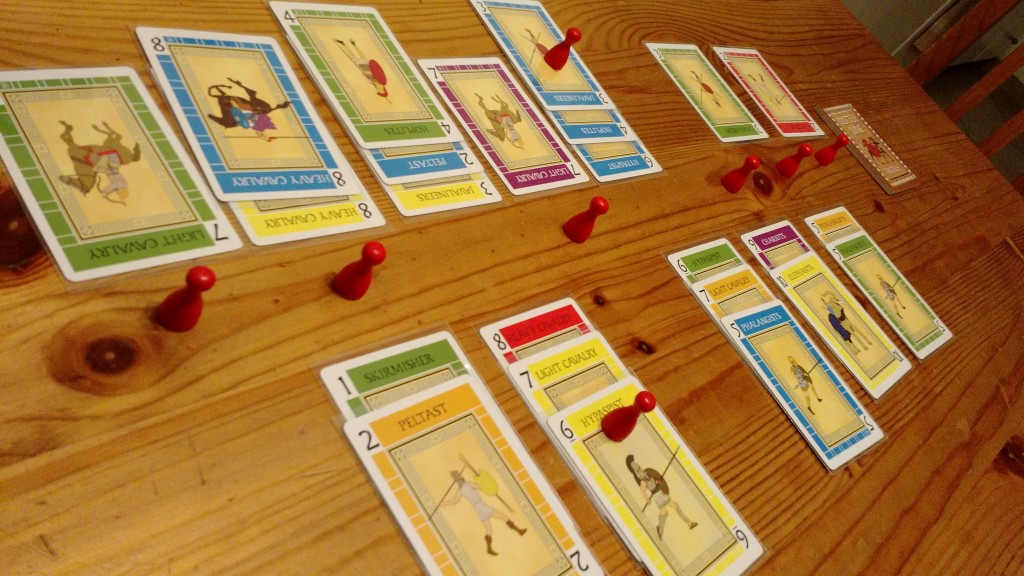 Players will have a hand of Troop cards to choose from as they play, and will get to draw an additional Troop card each turn. Instead of drawing a Troop card, a player may choose to draw a Tactic card. Each Tactic, when used, grants the player a unique bonus, such as a wildcard for unit combos, permission to move a card you already played, and even force an opposing card to desert, discarding it back to the box.

Tactics are an interesting and powerful twist on the game, but they have their own limits. Players can only play one Tactic card more than the number of Tactic cards their opponent has played. This balances out the use of the Tactics, but also creates different avenues of strategy.

Battle Line is simple for almost anyone to learn, which makes it a great game for all occasions–except for the fact that only two people can play it at a time. The game consists of only seventy cards and nine flags, which makes it easy to take on trips or keep in your car for that special occasion. While the theme is unnecessary for gameplay, the Greek imagery is simple and pleasant enough. I would love to see a variety of re-skinnings for the game, like Fluxx has done, so I could choose my favorite. All in all, Battle Line is a fantastic fun, light game that does not sacrifice depth, for everyone. Give it a try and tell me what theme you would love to see the game have.