Get Inspired by this Jaw-Dropping Cardboard Armor for Kids - Nerdist

With upcoming conventions and renaissance festivals, you may be wondering how to bring your cosplay dreams to life. Instead of raiding all of the hobby stores within a 60 mile radius for fabric and other craft materials, maybe utilize the cardboard you’ve collected from deliveries and farmers’ market hauls for more than just your costume weapons.

Feast your eyes on one of the coolest, most creative kids’ costumes on the internet right now. 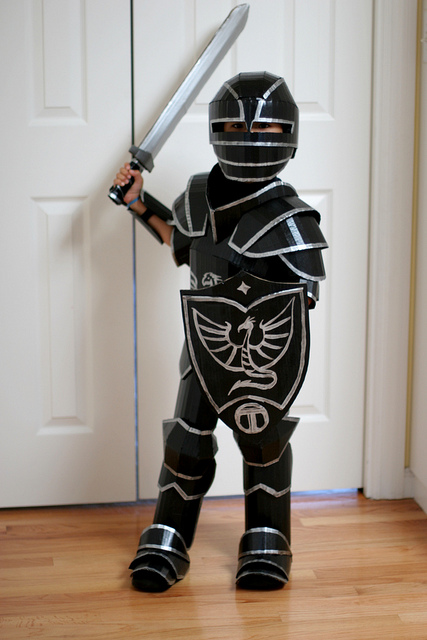 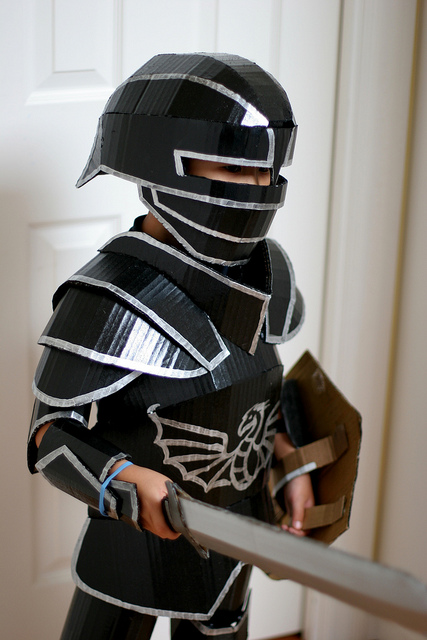 Superdad and artist Warren King says on his Flickr page that he used mostly Amazon shipping boxes, storage and moving boxes, and packaging for the armor, then gloss spray paint on top. But, what’s even cooler than the finished product is actually seeing the work that’s underneath it. Looking at the steps taken to create this suit of armor, you can truly see the artistry with just the bare cardboard.

King told Geek & Sundry, “I started working with cardboard, honestly, because I’m cheap and cardboard is free! But, I was surprised by how versatile and strong it is.” The versatility of the cardboard may be up to the person handling it, but when it comes to Warren King’s projects you wouldn’t be able to tell if there were ever any limitations. 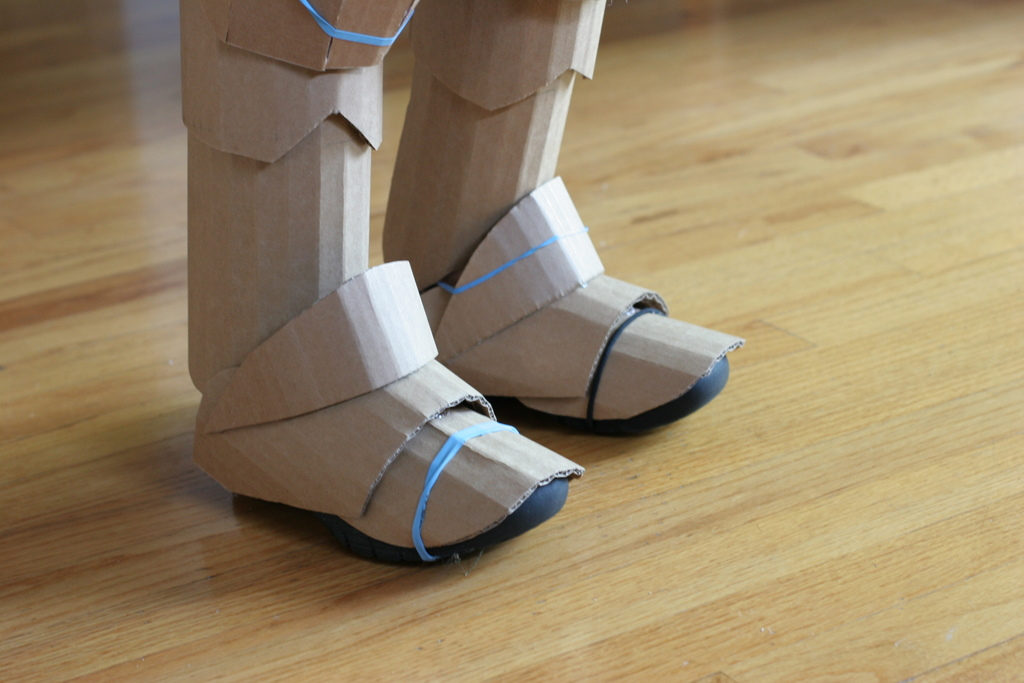 “The cardboard projects pretty much followed the interests of my geeky kids,” King said. “The kids made their own stuff too, so we literally had boxes overflowing with cardboard stuff.”

From bonding with his kids to building exhibitions for museums (that’s right, his work is incredible), King’s next project may need to be custom orders, because I know I want armor like this, and I’m sure I’m not alone. 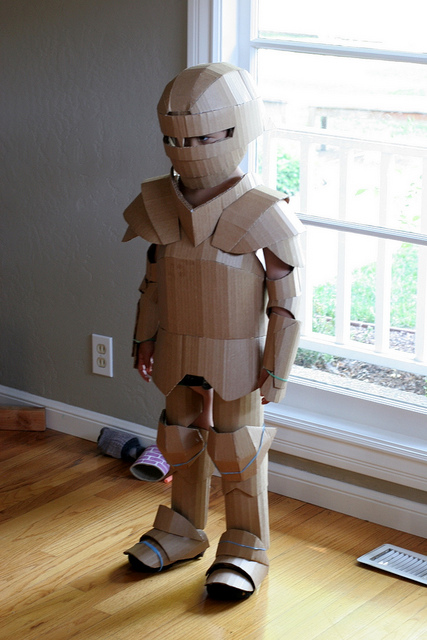 Do you work with cardboard, or any other creative material for your costumes and cosplay? Tell us about it in the comments below, or find me on Twitter @bekahbabble!