Get Grub, Grog, and Games at L.A.’s Largest Gaming Gastropub

Step into The Dragon & Meeple and you’ll immediately feel the love that’s gone into co-owner Chris Buskirk’s passion project. From the big, game-friendly tables and comfortable chairs, to over a dozen taps serving local craft beers, The Dragon & Meeple is a love letter to gamers, nearly 8,000 square-feet of gaming space designed with the local community in mind.

“After a 20-year career in I.T., I wanted to do something more creative,” Buskirk said, recalling the time he went back to school to design video games and took his first class in analog game design. “I got introduced to modern board games and it was a big revelation. I then found the L.A. Strategicon convention and was blown away.” 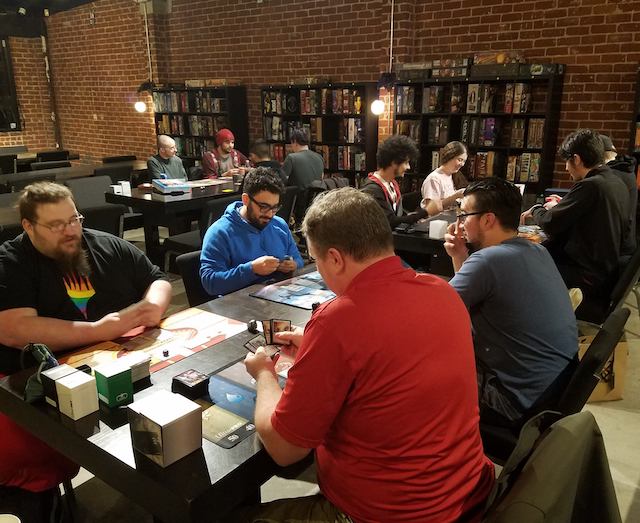 After Buskirk discovered modern board gaming he connected with a local gaming meetup in the Westside. As the group changed locations over the last seven years, whether due to homes being sold or restaurants being closed, an idea was born: a premium gaming space in the heart of Los Angeles.

Premium not only in the food and beverage but also in details like the larger-sized tables suitable for gaming and comfortable chairs made for longer play-time games. “The chairs were a top priority for me,” he said. “We want our guests to sit here and play. Those gaming experiences are not always going to last 30 minutes or an hour; they could last two or three hours.” 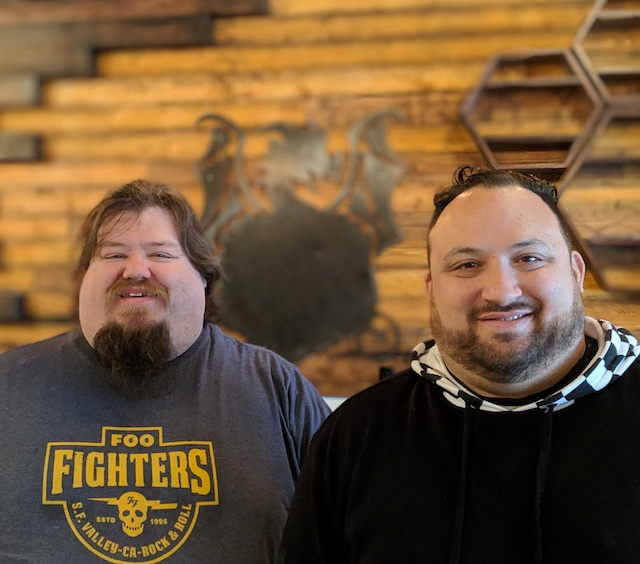 Along with the gaming space, full bar, and restaurant, The Dragon & Meeple offers a broad selection of tabletop fare, from popular board games to Games Workshop miniatures. “We hope to have the largest game selection in L.A.,” he said, “as well as sell used games on consignment.”

As the opening date to his dream approaches, Burskirk reflected on his journey and how the annual GAMA (Game Manufacturers Association) convention and talking to other store owners was a real eye-opener. “This is a tough industry,” he said, “but GAMA offers plenty of resources [for business owners]. And one of the first things I did after meeting with [local government] was reach out to their business development coordinator and work on hiring people primarily from this neighborhood.”

“We’re going to draw people in from all over L.A., but we really want to be a part of this neighborhood,” he said. “We want locals enjoying our food and shopping here.” 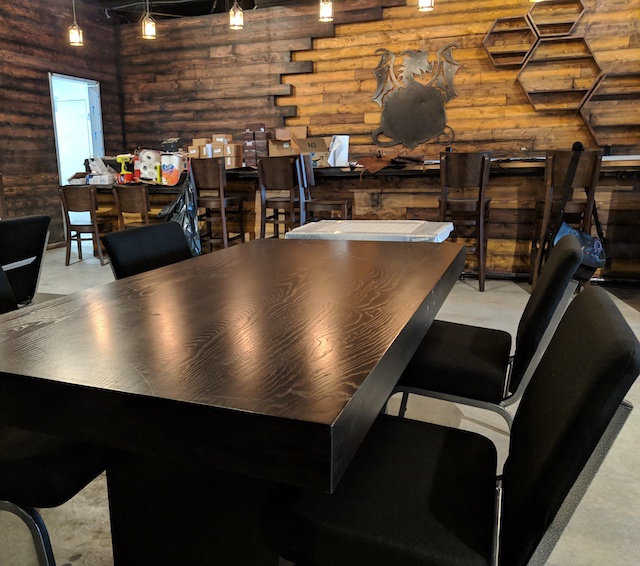 Of course, gaming will be the featured attraction. Daily events will fill the calendar, along with special events such as trivia nights and long-time industry favorites like Friday Night Magic. “We don’t just want a bunch of games on the shelves,” he said. “We want to have people interact with each other and bring people together through organized play.”

Buskirk hopes to appeal to gamers and non-gamers alike, and looks to draw people from all walks of life into The Dragon & Meeple via events like art shows and a gaming and book club.

“Customer service has always been my focus throughout my career and it’s always what I’ve prided myself on,” he said. “I want people to be immersed in nerd and geek culture in an inclusive way.”