In 2019, Circus Roncalli out of Germany stopped using wild animals in its shows. They were just the latest of many troupes to make that decision. Even the now-defunct Ringling Bros. and Barnum & Bailey Circus began to phase elephants out of its own performances starting in 2015. But thanks to modern technology, you can still create an amazing spectacle even without mistreating innocent creatures. And ever since they bid their live animal performers farewell, Circus Roncalli has been delighting audiences with a far less cruel recreation. Their shows feature massive animal holograms.

Circus Roncalli’s performances capture the awe and wonder of seeing majestic animals, but without any of the cruel and inhumane treatment that naturally comes from locking up wild animals. The company, which first formed in 1976, employs a holographic system (which we first learned about at Interesting Engineering) to recreate that former element of the show.

The circus partners with Bluebox, which installed Optoma technology inside the large arena. The hologram animals come to life thanks to 11 laser projectors placed around the center ring. Together they create a 360-degree, 3D show, which boasts giant holographic elephants, horses, and even fish. (A vast improvement over old circuses, which almost never had giant fish.) 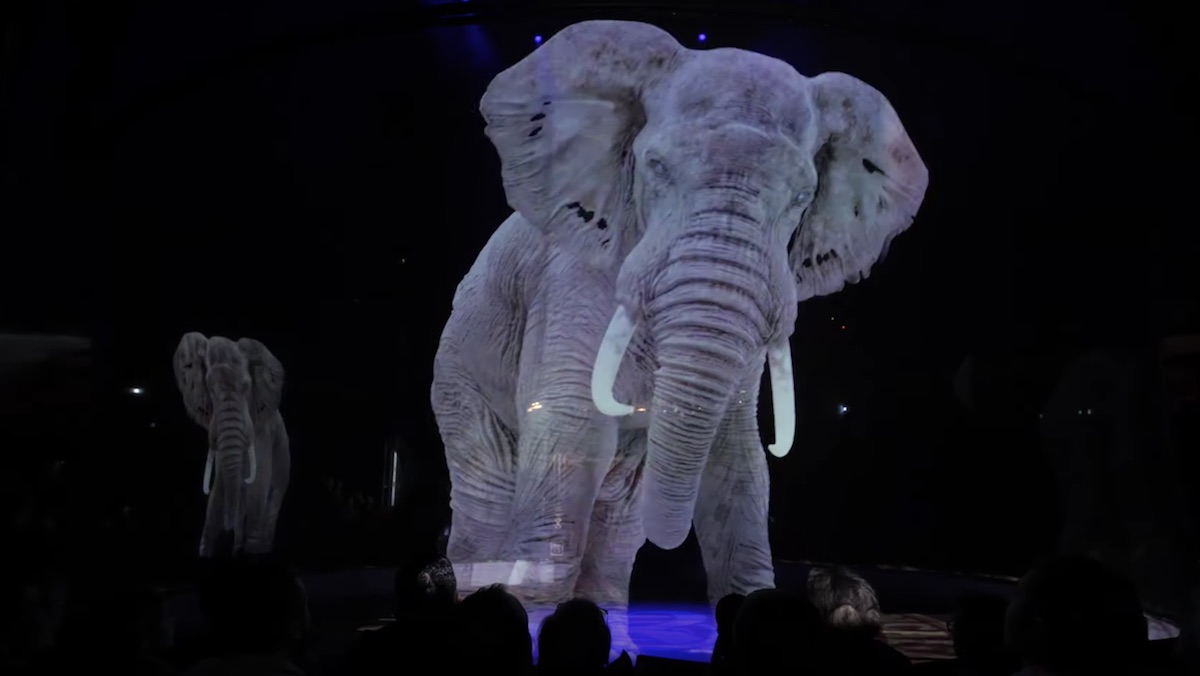 The lack of real elephants, a staple of the show for far too long, doesn’t detract from the experience though. The holograms create a different type of visual feast, but one that’s stunning in its own unique way. And it still makes the circus a destination experience. There aren’t many places you can go to see this kind of full-room holographic show. At least not yet.

Circus Roncalli might very well be the way forward for all circuses, even though its really not a hard business decision. It’s far more cost-effective and safe to use holograms. You don’t have to feed animals nor pay for their veterinarian care. But most importantly, it allows the circus to continue to entertain people without mistreating innocent animals. And it’s a lot more fun to clown around when you know that’s not happening.