Geeky crafts are super duper fun. Like watching Deadpool followed by pizza and beers with your best friends. I’ve shown you many awesome projects that you can knit or crochet in the past. Once you get hooked (that’s a crochet joke) it’s hard to stop. Most yarnaholics will have at least two or three projects going at once.

Now you don’t always want to be knitting a Death Star pillow or a a Gryffindor scarf. Sometimes you just want to make a pretty shawl or a a hat. But how can you still show your geeky pride? With geek-inspired yarn, of course! Turns out, there are lots of people out there who hand dye their yarn in colors inspired by their favorite characters, films, and comics. These special types of dye jobs are called variegated yarns because they can create stripes or other patterns of color throughout the piece. Here are a couple of geek-influenced projects to really show off these yarns, and check out the gallery below for a collection of hand-dyed yarns inspired by some of our favorite fandoms.

Come And Get Me, Daryl – The Walking Dead 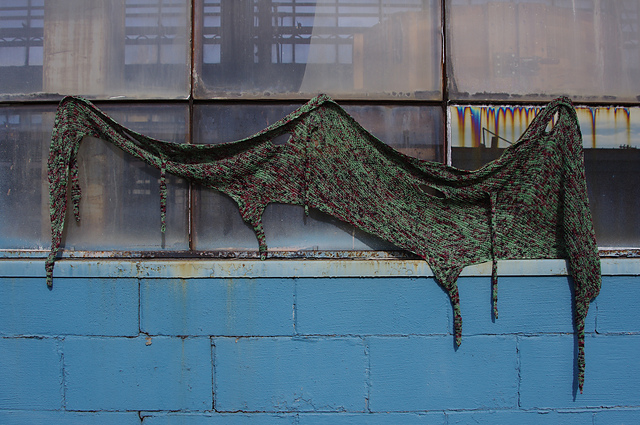 Here’s a sick Waking Dead shawl called Come and Get Me, Daryl. Hey, if the zombie apocalypse comes, you’re going to need something to keep you warm and camouflaged.

Hitchhiker/Trillian – Hitchhikers Guide To the Galaxy

Or how about some Hitchhiker’s Guide To the Galaxy pieces? I actually made the Mostly Warmness wristlets about a year ago and had no idea that I was making a Hitchhiker project until now! You can see from these photos how variegated yarns create some really cool multi-tonal looks.

Bigger on the Inside Shawl – Doctor Who 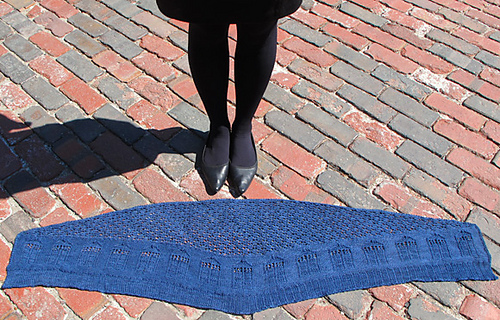 This Bigger on the Inside shawl featuring a TARDIS border can be made in traditional royal blue, or you can play with any color. The police boxes along the edge are made with the texture of the stitches. Or if Daleks are more your style, there’s a shawl for that too.

What would you create with some of the yarns below? Let us know in the comments!