This Geeky Dressmaker Is Raising Money for Planned Parenthood - Nerdist

This Geeky Dressmaker Is Raising Money for Planned Parenthood

Danielle Ward was sitting in her apartment when the news came on, telling her that states can now block federal funding going to Planned Parenthood.

Ward said, “I was seeing red. I was so livid that I walked to my computer and said ‘I’m giving away a dress to raise money for Planned Parenthood.’ And I’ve never given away a dress since I’ve started my company.” The dress in question: the “Amazon Warrior,” in other words, a Wonder Woman-style dress.

Ward is the brains and delicate fingers behind Little Petal convertible dresses, which are some of the coolest geekwear you can own. They’re comfortable as hell, can be worn in multiple ways (with tutorials to help you origami your dress into the shapes you want), and because they’re not branded, you can wear this to a convention and to a non-geeky event.

But for those in the know, it’s clear these dresses are inspired by comic books, sci-fi, anime, and videogames. The colors give it away, as do the sly names, like “Bounty Hunter Inspired,” “Clawed Mutant Inspired,” and “Bat Vigilante Inspired.”

In a telephone conversation, Ward said, “Basically, all you have to do to win is donate $1, and every dollar is an entry.” In other words, if you donate $100, you get 100 chances to win the Little Petal dress. 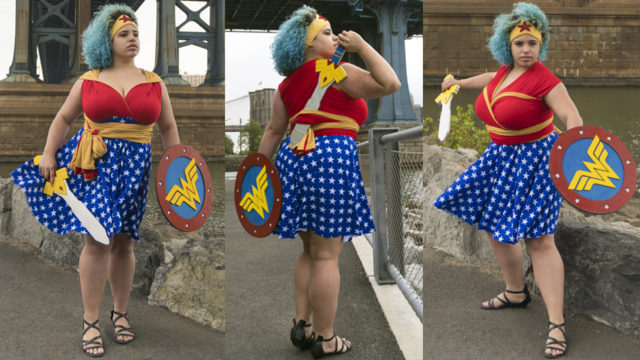 The 101-year-old organization is dear to Ward’s heart. “I went to Planned Parenthood from age 18 to 25. I don’t think I had proper health insurance, so I went through them for pap smears and STD testing and general woman’s healthcare. I always thought, ‘If I’m ever in a position to give back to them, I’m going to.’”

Other services that Planned Parenthood provides include prenatal care, breast exams, colonoscopies, and in some branches, hormone replacement therapy for transgender patients.

Although Ward started her company in 2011, she began making geek wear in 2013. (Note: I own the Bat Vigilante dress; I was one of Ward’s earlier customers.) As it happens, Ward said, “The Amazon Warrior dress was first character-based dress I made, so the dress is the queen of my company.” Giving away this dress has a kind of poetry to it.

But the real reason Ward has tied her Amazon Warrior dress raffle to a non-profit that benefits women’s health? “Wonder Woman supports and protects other women, so in my opinion, she would stand with Planned Parenthood,” said Ward.

To enter the contest, which ends on May 31, click here.

Note: If you’re attending Awesomecon in Washington, D.C., feel free to join Ward and friends for an afterparty on Friday, June 16th from 8pm-1am. Tickets cost $10 ($15 the week of the con), and all proceeds go to TWLOHA, a non-profit dedicated to helping people with depression, addiction, and suicidal thoughts. 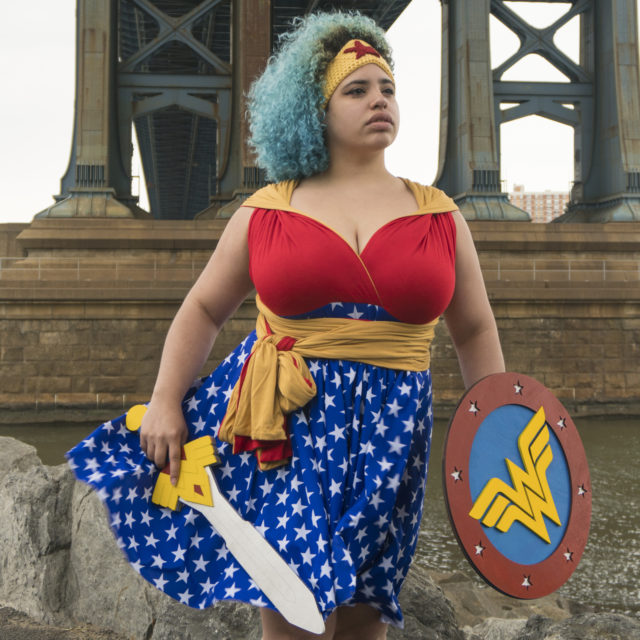 Know of other fantastic geeky artisans supporting great causes? Tell us about them in the comments!

Find The Right Board Game To Match Your Personality