GAME OF THRONES Theories: Why Rhaegar Targaryen Fell in Love With Lyanna Stark

Game of Thrones season six finale finally (finally!) gave us answers about what happened in the Tower of Joy, when Ned Stark‘s dying sister Lyanna made him promise her something he never revealed. Seasons even then told us they were legally married. But what the show never explained is why Rhaegar Targaryen fell in love with her in the first place..

Lyanna made Ned swear to protect her newborn child, her son with Rhaegar Targaryen, a boy the world knew as Jon Snow. In our very first History of Thrones piece we discussed why many always though Ned’s bastard son might really be a Targaryen, one whose true identity was hidden for his own safety. But how did it all happen? How did a Stark woman end up pregnant with the legitimate child of an already married Targaryen crown prince? The answer can be found at a tournament that led to a rebellion. 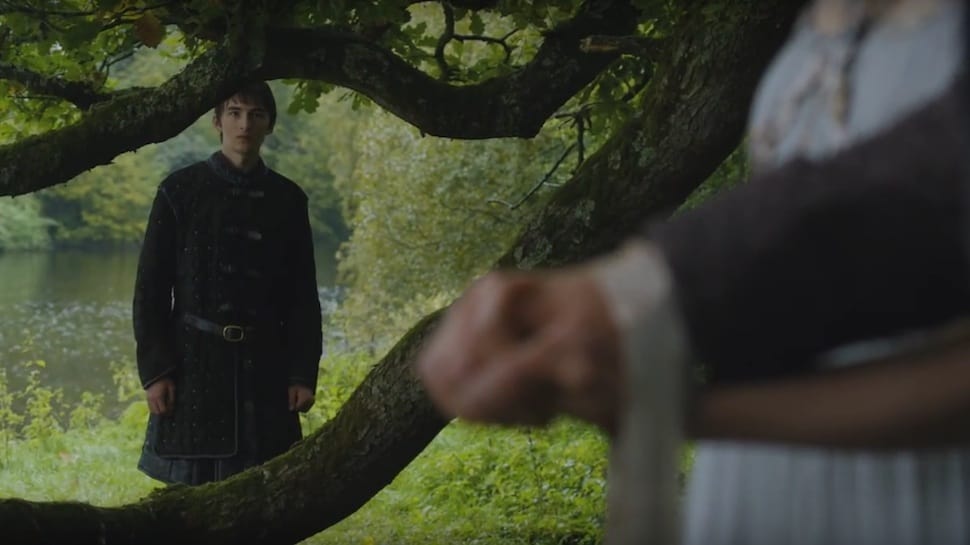 (Side note: It is almost impossible to come up with a totally new Game of Thrones/A Song of Ice and Fire theory. At least two people figured out “Hodor” was short for “hold the door” years before it was revealed, so that should give you an idea of how difficult it is.

That said, I have never seen this theory presented before, and it came to me as a result of doing all of these pieces on important historical events in the history of Westeros. So, if you have seen this said elsewhere previously, or even came up with it yourself, please know I believe you, it’s just that I never did.) 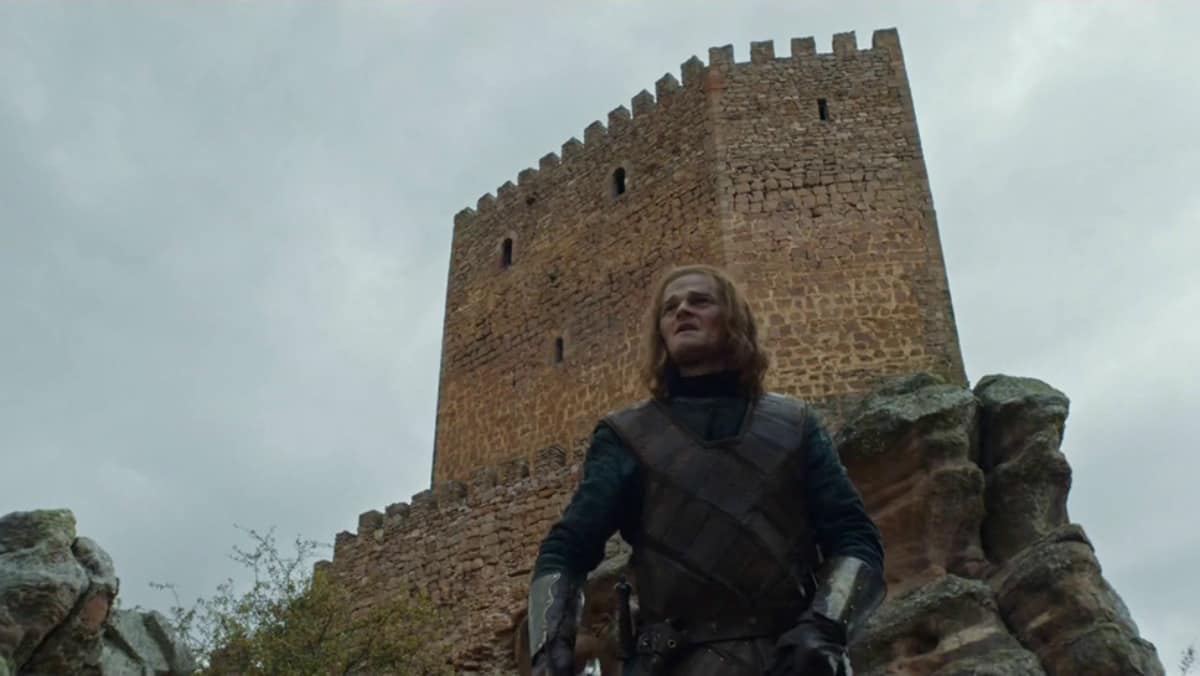 If we work backward from the Tower of Joy, we face the question of just how Lyanna and Rhaegar came together at all. We know that their entire relationship only covered two years, starting in 281 AC at the infamous Tourney at Harrenhall, and ending with them both dead in 283 AC. (Rhaegar from a blow of Robert’s warhammer at the Battle of the Trident, Lyanna in the Tower of Joy).

The major events that we know for sure include:

—281 AC: After winning the jousting competition at the Tourney of Harrenhall, Rhaegar stunned the Seven Kingdoms by naming Lyanna the Queen of Love and Beauty instead of his own wife, Elia. Ned Stark referred to this moment as the day “all the smiles died.”

—Sometime after that tournament, Rhaegar, with the help of two Kingsguards (Sers Oswell Whent and Arthur Dayne) “kidnapped” Lyanna, leading to her oldest brother Brandon going to King’s Landing and demanding Rhaegar face him. Brandon and his friends were imprisoned by The Mad King for treason, and the king then called for their fathers to come to King’s Landing. They were all (save for one) executed, with Lord Rickard Stark burned alive while Brandon choked himself to death trying to rescue him. When King Aerys II called for Jon Arryn to send him the heads of Robert Baratheon (Lyanna had been promised to him by Lord Rickard) and Ned Stark, Lord Arryn refused, and instead Robert’s Rebellion began.

—283 AC: Robert killed Rhaegar at the Ruby Ford. Shortly after, Jaime Lannister killed The Mad King while the Lannister forces took the city for Robert, brutally killing Rhaegar’s wife and children in the process.

—With the war basically over, Ned and his bannermen traveled to the Tower of Joy, where, strangely, Rhaegar had ordered his three best and loyal Kingsguard to protect Lyanna Stark. All three may have saved Rhaegar’s life during the war, the king’s life, or Elia and their children if they had been with them instead. Only two (adults) left the Tower of Joy alive, Ned and Howland Reed, and neither ever spoke about what took place inside.

None of it adds up, if, like Robert Baratheon and Brandon Stark both believed, Rhaegar kidnapped Lyanna. But that’s because he didn’t. 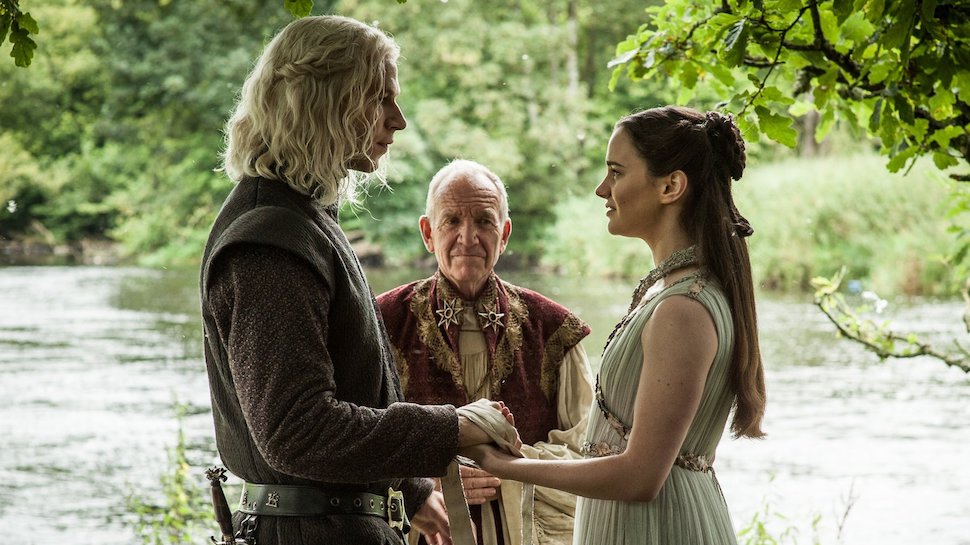 Lyanna Stark was known as The She-Wolf because, like her niece Arya, she was courageous, fierce, and stubborn. The idea that Lyanna Stark would allow herself to be kidnapped without putting up a fight never made any sense. Not only that, the logistics of the most beloved and recognizable man in Westeros, which Rhaegar easily was, traveling north— with two famous knights of the Kingsguard—to abduct the daughter of the Lord of Winterfell without issue makes even less sense. It just couldn’t happen.

Lyanna would have had to have gone with him willingly for any of it to be possible. Instead, she went with him because she loved him. How in the world did that happen though? The answer lies in another great mystery from the Tourney at Harrenhall, the anonymous “Knight of the Laughing Tree.” 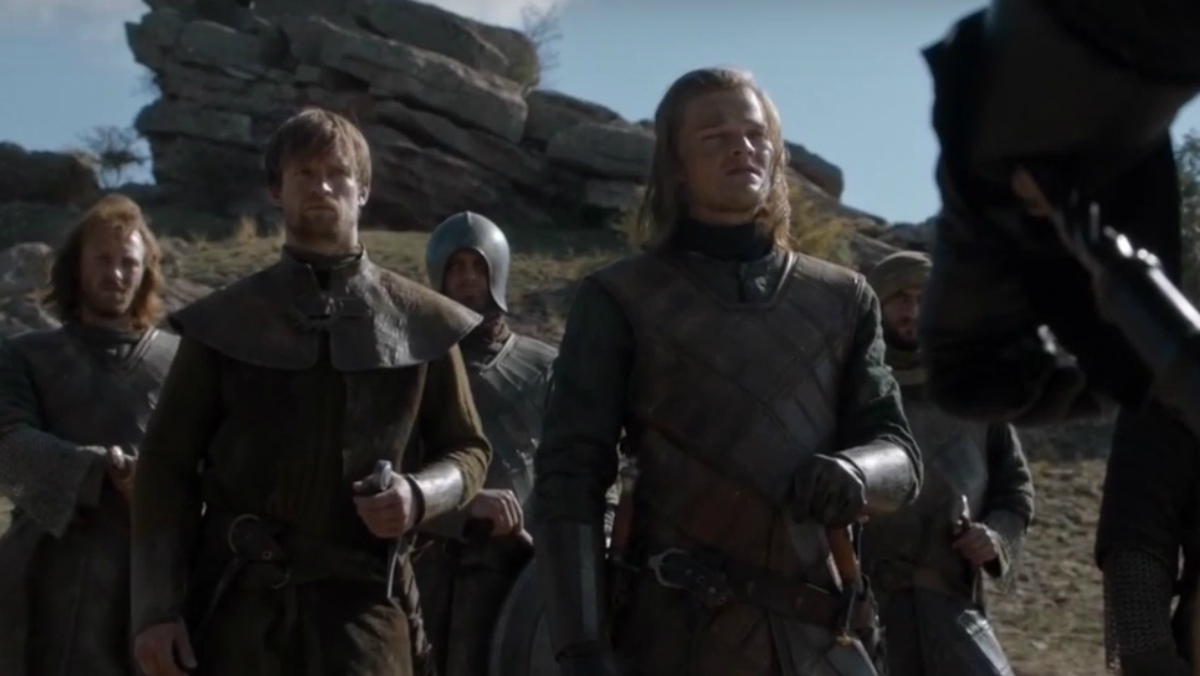 Howland Reed, a bannerman of House Stark, attended the Tourney, and was dishonored by three squires. While they were physically picking on Lord Reed (a man short both in physical stature and prestige), Lyanna Stark came to his rescue on her horse. (She was a great rider.) She and her brothers then invited Howland to sit with them at the feast that night and treated him with honor and respect. During the feast Rhaegar played one of his sad, beautiful songs on his harp, and it made Lyanna weep. Rhaegar notoriously had that effect on women, no matter how tough they were.

Then, a couple of days later, a short mystery knight—dressed in hastily thrown together and improperly fitting armor, and carrying a shield that had a laughing weirwood tree painted on it—entered the joust and defeated the knights of all three squires that had mistreated Howland Reed. When the mystery knight spoke it was with a “booming” voice, one that did not seem to be the knight’s real voice.

Attempts to unmask the knight proved futile, and to this day there are theories it was Howland Reed himself, Benjen Stark, or even some other Northerner. But the answer is in the other popular candidate: Lyanna Stark. And there lies the origin of Rhaegar’s love for her.

The “Knight of the Laughing Tree” was short (check), used a fake voice (check), was obviously good with a horse (check), had an interest in vengeance for Howland Reed (check), defeated knights that weren’t overly renowned for their jousting, meaning the mystery knight didn’t need to be the greatest jouster (check), didn’t have armor of his (or her) own (check), and paid homage to the old gods (check).

Lyanna Stark fits all of those. Yet, you might be asking, if no one ever truly knew who the mystery knight was, what does it have to do with Rhaegar? Because Rhaegar did figure it out.

The Tourney at Harrenhall was the first time the paranoid Mad King had left the Red Keep in years, and because he was paranoid and saw conspiracies everywhere, he was sure the mystery knight was an enemy of his. He sent his son Rhaegar out to find the knight.

Rhaegar reported back that all he found was the knight’s shield in a tree. And that’s where the story seemingly ends. Only, Rhaegar almost certainly lied. What he actually discovered that it was this tiny, young, beautiful, brave Stark girl that had stood up for her loyal bannerman. Rhaegar didn’t turn her in. Beyond probably being awed by her, Rhaegar also knew his father was too lost to see what this was. It was an act of love and honor for a bannerman. The Mad King likely would have had her arrested or executed for treason, not only killing her but setting off a potential war with the North.

It’s why, when Rhaegar won the joust himself, he bypassed his own wife Elia and named the heroic Lyanna the Queen of Love and Beauty, for she had been the mystery knight of the tournament.

When you factor in that Rhaegar had made her weep, and that he was the handsome crown prince—a man everyone loved and admired, the man who was good at everything he did—you have the beginnings of their doomed love. 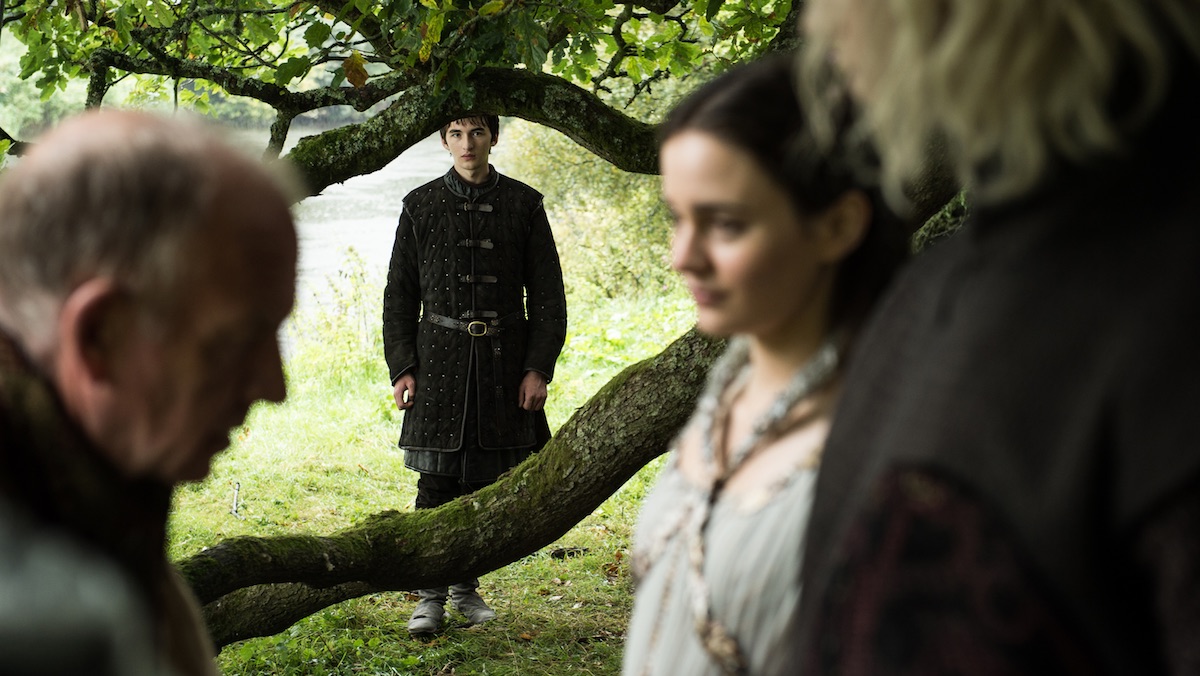 Lyanna was the “Knight of the Laughing Tree,” a secret Rhaegar learned and kept for her safety. And he fell in love with her for it, as she fell in love with him. It’s why she stole away with Rhaegar a short time later, and why he had the Kingsguard protect her during Robert’s Rebellion. She was the love of his life, and she was carrying his child. The rightful heir to the throne.

(It probably didn’t hurt Rhaegar was obsessed with the prophecy of the prince that was promised, the one whose song would be that of ice and fire. A Stark and Targaryen child would truly be of ice and fire.)

We learned Jon Snow was a Targaryen, and his mother Lyanna died giving birth to him in the Tower of Joy. But one day we might also learn how his parents fell in love in the first place. When the crown prince learned the secret of a courageous young Stark girl and fell in love with her for it.