Ygritte Was Right About Jon Snow

Warning: This post contains spoilers for Game of Thrones’ “The Long Night.” We recommend watching the episode before reading!

It’s finally here. Winter has come. Episode three of the final season of Game of Thrones ran an epic 80 minutes and was jam-packed with action, adventure, and some questionable lighting and image compression. But most confusing of all were the strategic choices of Jon Snow, whose plan to protect Winterfell failed from the very first hurdle. It was the ultimate confirmation that the immortal words of the wildling warrior Ygritte—”You know nothing, Jon Snow”—were absolutely correct. He might be a Targaryen, but he’s a terrible leader.

Why Didn’t the Dragons Burn the White Walkers Before They Got to Winterfell? 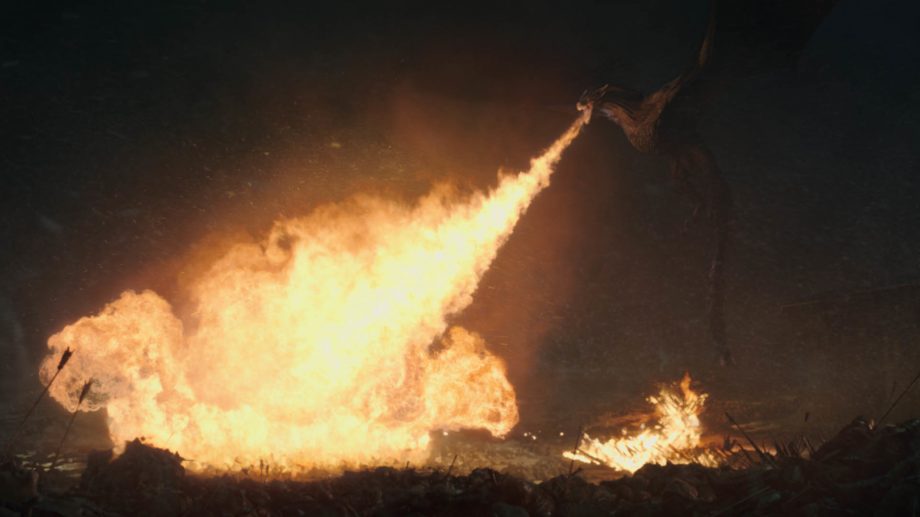 After an epic opening shot that established just where everyone was in the lead-up to the huge battle, we saw that the Dothraki were set up at the front lines, ready to go headfirst into the night to take on the Night King and his icy horde. It seemed like a relatively smart idea at first, especially after the Red Witch Melisandre lit their swords on fire (something Jon had nothing to do with—a running theme in most of the good ideas this episode).

Sadly for the Dothraki—and for Dany’s character development, which had until this point focused on her caring about the people that she led and freed—they were quickly demolished by the Night King in unexpectedly unceremonious massacre. That’s when Dany and Jon decided it was a good idea to go in and start burning up the White Walkers and seemingly the Dothraki who were still trying to fight them.

So this led to one massive question: with two dragons on their side and the knowledge that the Night Army was headed towards them, why didn’t the two Targaryens just fly out in anticipation and spend a good hour just burning the hordes of the undead? It would’ve surely stripped down their numbers and saved the lives of thousands of Dothraki and Unsullied who were essentially used as cannon fodder.

Why Didn’t Bran Go Somewhere Other Than Winterfell?

Once the group knew they were going to use Bran as bait, surely luring the Night King and the White Walkers to a more barren place and setting a trap (i.e., burning them all to death with dragonfire and Red Witches) seems like it might’ve been a better plan. Instead, Jon essentially established a buffet for the undead, who had a focused target and location that was filled with many, many victims and potential new Ice Warriors.

Bran can see any and all things, which is probably the narrative answer to this one, as he likely knew that the only way for the Night King to be defeated was for his sister to kill him. But his disregard for human life and casualties is… problematic at best. Jon should’ve been the one to try and think not only about beating the army of the dead but also saving the living. Winterfell could’ve been a temporary safe haven for women, children, families, thinkers, and all the people needed to build a world after the war, but instead it became a tomb for almost everyone in it.

Why Were Jon and Dany Just Flying Around in the Air the Whole Time? 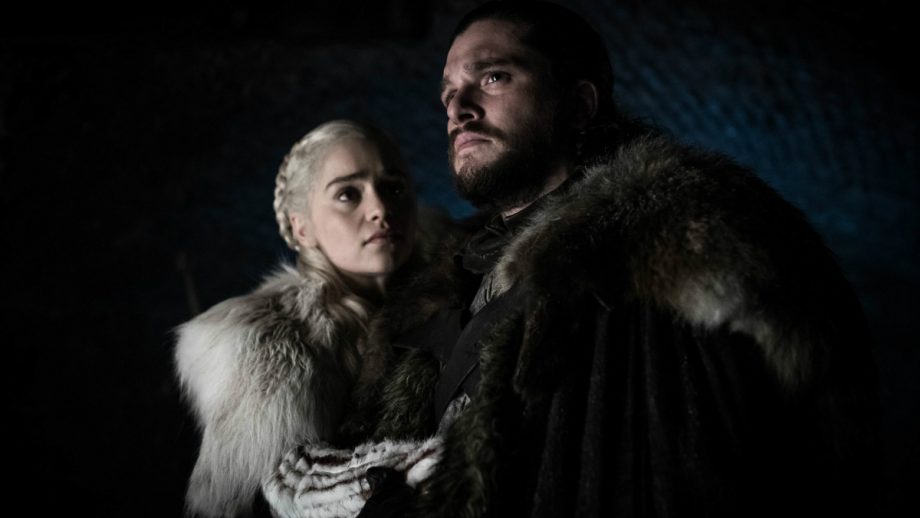 The two Targaryens were really doing the least in this episode, with the bulk of their screen time dedicated to flying around on their dragons when everyone else was suffering and dying underneath them. It was a disappointing turn for the two leaders who have both built their followings and loyalty based on being monarchs of the people (if that can ever exist). Here, though, they abandoned their followers, with Dany actually missing the signal to ignite the trenches that were to protect Winterfell when it was most needed.

It was a baffling narrative choice to introduce the dragons as the ultimate White Walker killing machines and then barely involve them in the battle. Jon’s thought process here was likely focused on killing the Night King so that the army of the dead would retreat, but when you have two perfect White Walker burners and you’re in the sky above and fully able to use them, it seems confounding that you wouldn’t utilize the command “Dracarys” once. There’s also the fact that there seemed to be little chain of command on the ground, so as the royals flew above the death and destruction, little Lyanna Mormont was shouting most of the commands whilst Davos of Seaworth stalked the parapets.

Why Didn’t They Sit Down and Talk About People’s Skill Sets? 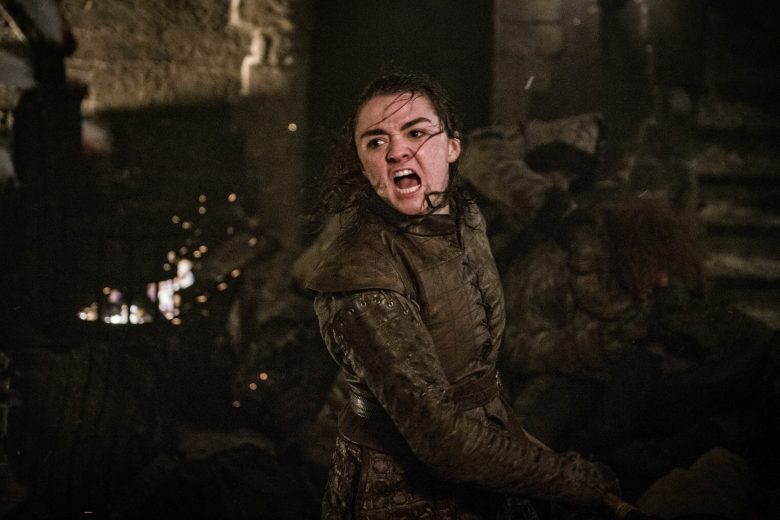 This is one of the biggest flaws of this episode. At no point does it seem like they sat down and had a conversation about what people had been up to in the last seven or eight years. This conversation could’ve likely ended in a far more successful outcome seeing as both Tyrion and Sansa have become keen strategists, Arya spent years training with the most elite assassins on Earth, and the Red Witch can magic up fire with her hands.

The second episode of the season was an utter highlight, with many of the characters catching up with each other and saying their last goodbyes. But we could’ve definitely had a few moments or even an episode that dealt with where the characters have been and what they could bring to the oncoming fight. Jon Snow was so wrapped up in the war to come that he barely utilized the assets that he did have, instead sending thousands of men to their deaths.

WHY DID THEY PUT PEOPLE IN THE CRYPTS? 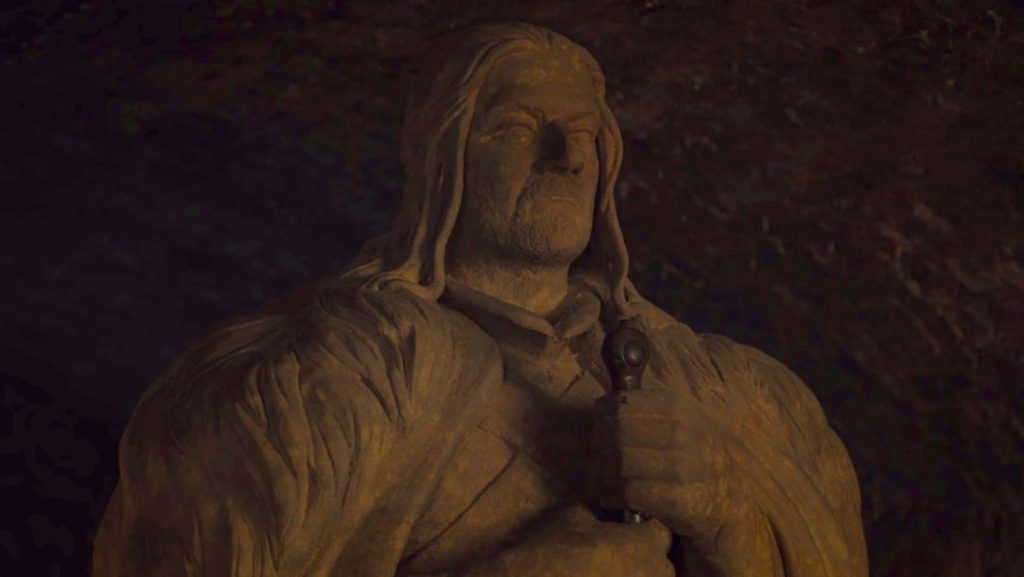 This is a question that sprung from the mouths of most viewers from the very moment this plan was suggested. Why on Earth would you ever put the most vulnerable group of people in the basement of a stone fortress inhabited by dead people when the enemy you’re fighting can bring the dead back to life? There’s definitely an argument for the fact that it may have been the safest place in Winterfell, but surely securing the library or any of the many rooms was a smarter idea than putting babies underground with a whole bunch of soon-to-be-undead people. The dead did, of course, rise, meaning even more casualties for Winterfell. Luckily, Sansa, Tyrion, Varis, and a few of the less important characters still survived.

Whatever your thoughts about the Battle of Winterfell and Jon Snow’s questionable choices you’ll have to stay tuned to the last three episodes to find out what the future holds for Westeros now that it seems like the Night King is dead.