Hello, fair citizens of the Realm! Itâ€™s that time of year againâ€”the most wonderful of them allâ€”Game of ThronesÂ season. And, in addition to winter:Â spoilers are coming!Â As this is a recap, it goes over everything in crazy detail, so proceed at your own risk and donâ€™t say we didnâ€™t warn you!

Winter runs in, not with a whimper or a single flake, but with a goddang ice dragon breathing purple fireice (icefire?) at a magical Wall and bringing it down, leaving the North and Westeros unprotected from the dead for the first time in thousands of years. And that was just what happened in the last 3 minutes of the episode! Hold onto your dicks, everyoneâ€”the final game has been set. BecauseÂ DANY AIN’T HERE TO MESS. SHE AIN’T HERE TO PLAY. SHE GOT UNSULLIED, SHE GOT DOTHRAKI, SHE GOT THEM SURROUNDING YOUR RED KEEP, CERSEI, AND SHE’S FLYIN’ IN ON HER DRAGONS. NOW LET’S GO TAKE ON WINTER’S SHITTY BOSS.

First thing’s first: the meet-up heard ’round the world! After seasons being apart, or never having met, the three ostensible heads of Westerosâ€”Cersei, Jon Snow, and Danyâ€”met up to convince everyone at King’s Landing that a truce was needed in order to fight the real war against the army of the dead. Jon reacted exactly how he would: disgusted by big city living while Dany seemed nonplussed. But truly, this scene, while helpful for plot momentum, was all about the tiny moments and reunions and interactions.First: Pod (and his third leg) and Tyrion! Also: Bronn and Tyrion! (Any time Tyrion reunites with anyone, really.) And The Hound and Brienne, talking about how badass and strong Arya is, no less! The Hound and The Mountain! (SANS CLEGANEBOWL). And Brienne and Jaime (which broke my heart because COME ON YOU KNOW YOU LOVE HER, J. You know you do)! 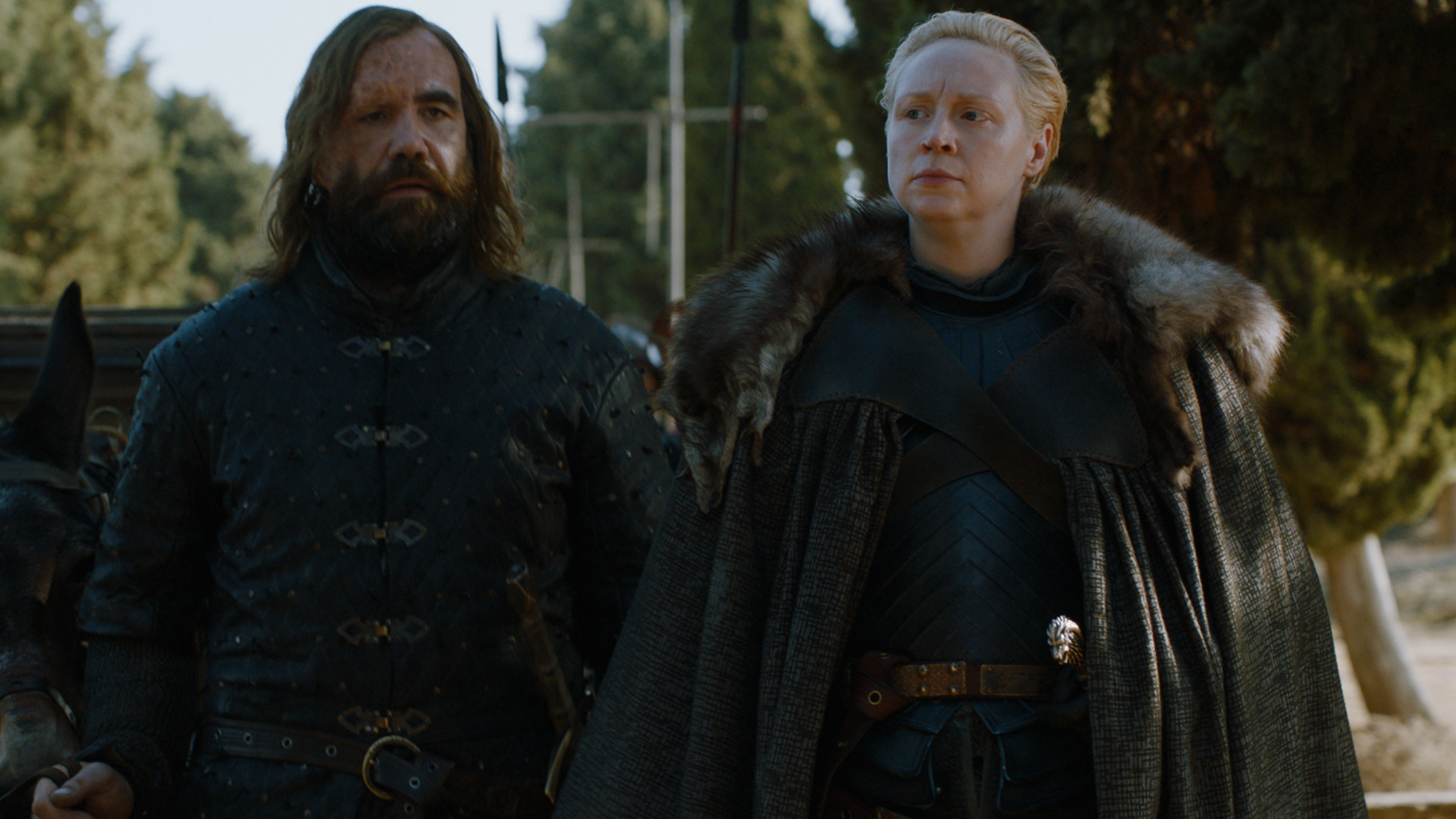 And, of course, once everyone was there, Cersei really Cersei’d out. Not only did she set up a secret “betrayal” from Euron as cover for his trip to Essos to bring the Golden Company over (thanks to those Iron Bank loans she’s been seeding), she lost her last true ally, Jaime, when she admitted she never planned to send any of the Lannister troops north to help Dany and Jon re-murder a bunch of undead. Instead of seeing how she and hers could be very quickly lost to this threat, she decided inaction was the way to go. So all the scary stories are real, so what? Let the monsters fight and then we rule.Such ignorance has always been Cersei’s favorite sort of emotional maneuvering, but it ultimately hurts her in the end. Take the reunion with Dr. Tyrion Lannister, fetus whisperer. The whole scene was one of the strongestÂ Thrones has had in ages, and felt more like the older episodes of the series than anything else this season. Both Tyrion and Jaime really called Cersei’s bluff this episode, and it’s thrilling to think that Jaime might actually end up on the right side of all of this.Especially after he saw that dead thing not dieâ€”or maybe he was just horrified by Qyburn’s hard-on for the dead thing. Because Jaime knows there’s no winning against the dead, not when those who once fought beside you (or worse, were your enemies), end up fighting against you with nothing so fragile as life to stop them. 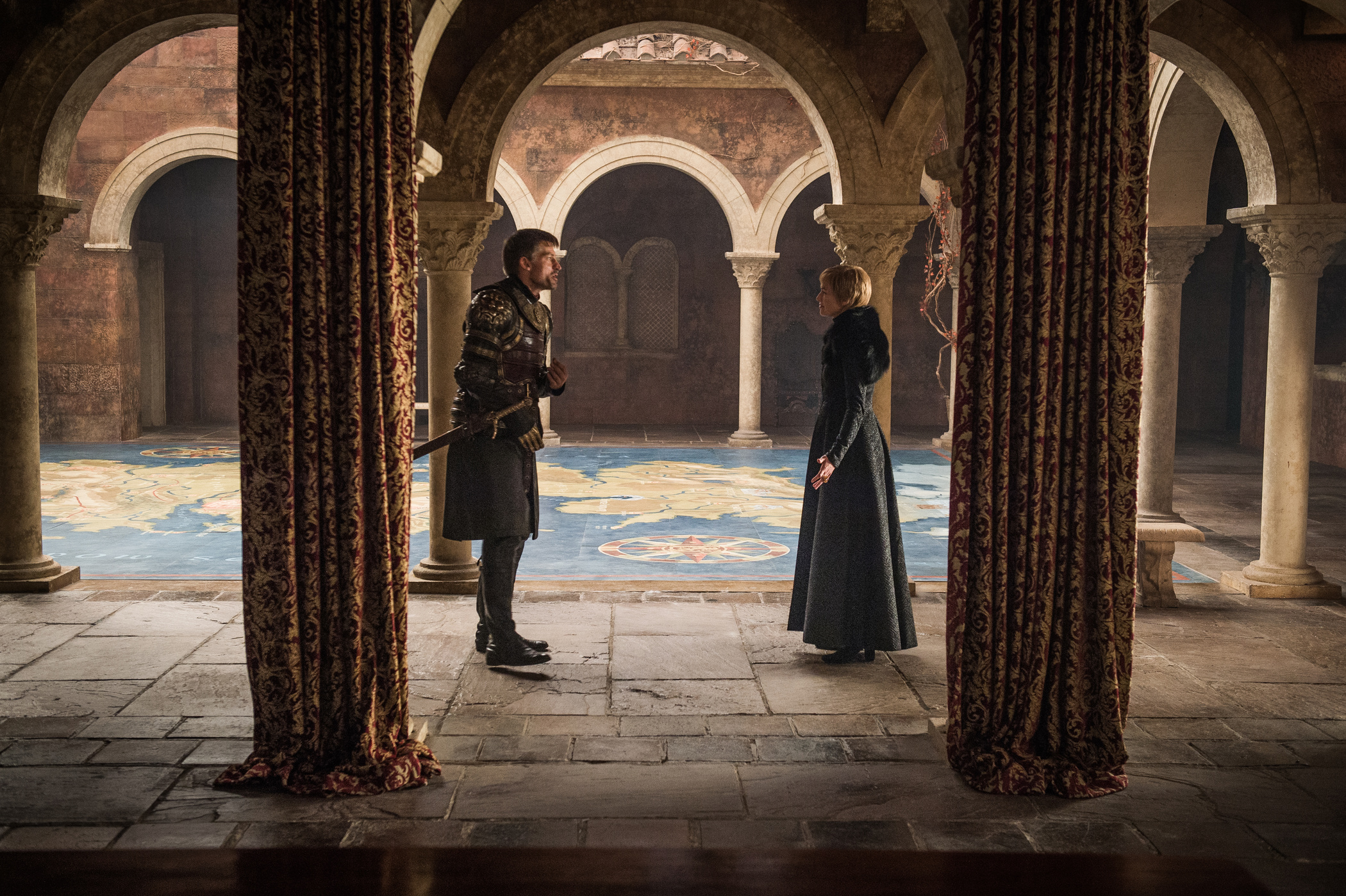 Oh and SPEAKING OF DICKS (my favorite segue always), “The Dragon and The Wolf” might as well have been renamed “The Dick and The Cock” for all the jokes and mentions and references and moments dongs had this episode. (To say nothing of the more metaphorical member moments. AND YET WE GET NO FULL FRONTAL WEENACTION, HBO. I see your nudity inequality!) From Bronn’s banter to Theon’s dicklessness finally serving a purpose (ish, more on that in the odds and ends) to Pod’s tripod to Theon’s non-dong to Jon Snow’s ‘cestdong, it was nothin’ but weens, wangs, and winter all over this episode.

Speaking of winter: AIN’T NO TINY FINGERS COMING IN BETWEEN THE STARK SISTERS Y’ALL! (Part of me considered just putting a “screaming intensifies” GIF here and letting that be enough.) Ding dong, Littlefinger is dead, and he went out in the most delicious and cowardly way possible: begging for his life and weaving more lies while Arya had none of it and simply slit his throat! YES GIRLS. YES. I knew there was going to be a reason for all this sisterly in-fighting nonsense â€” and I’m so glad Arya and Sansa learned to work together. (Bonus points for Bran using his creepy three-eyed magic to let Littlefinger know he knew what was up the moment he turned on Ned.) 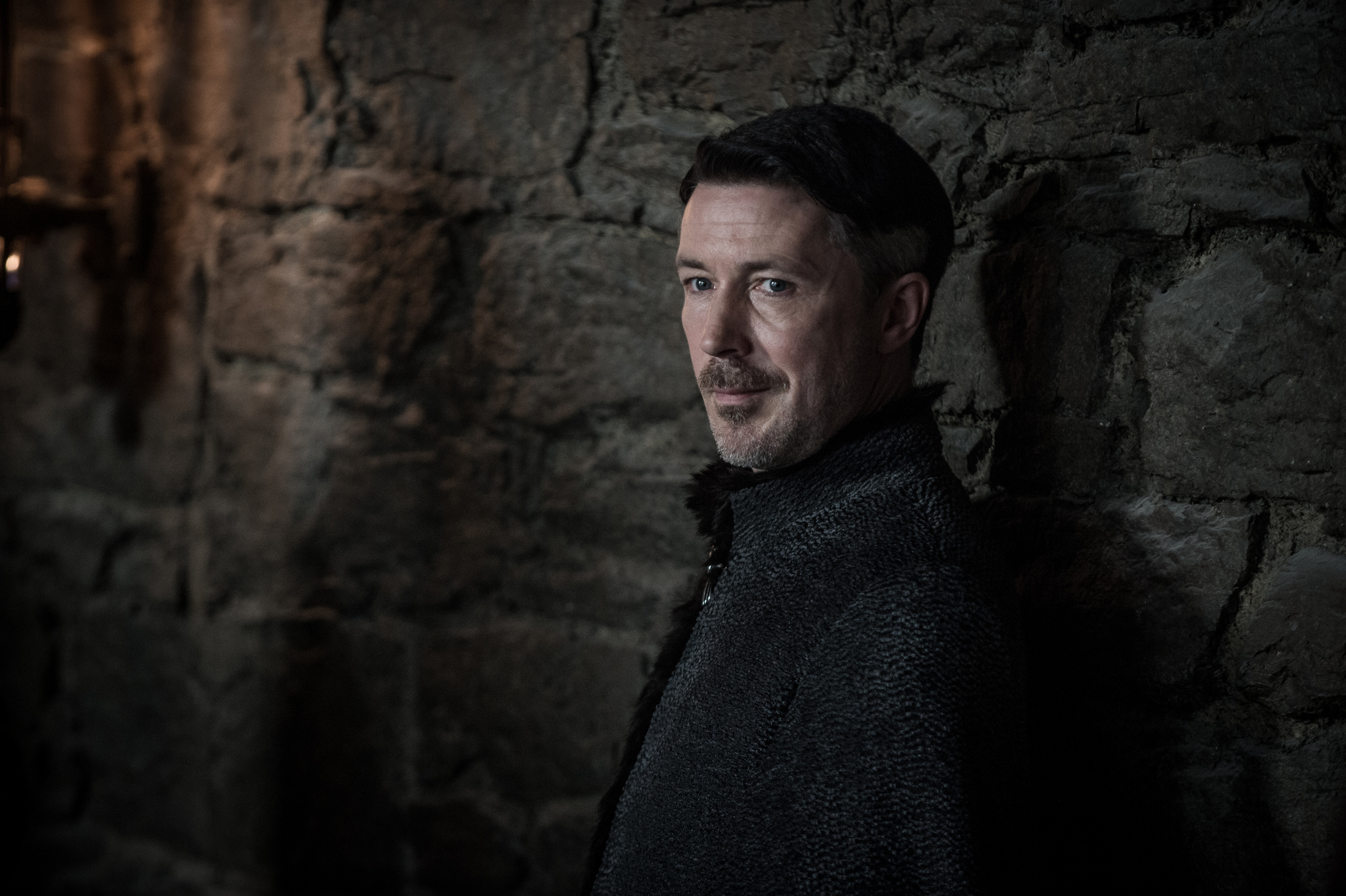 But while we could go on and on forever about how fantastic it was to watch the sisters come together and see just how evil Littlefinger was and how manipulative he was of women especially, we have to talk about The Voiceover Heard ‘Round The World (Except Where It Would’ve Counted), since it also took place in Winterfell. While it was surprising to hear that Bran did not know Rhaegar and Lyanna were married (thanks Sam! We honestly had no idea you were listening), what came next was anything but. Jon Snow is actually Jon Sand is actually Aegon Targaryen.Which is interesting because, well, Rhaegar already had a son named Aegon. With Elia Martell. It’s in the books and his death was mentioned on the show, so we’re not exactly sure why that was the name (or if that will be Jon Snow’s real name in the books, either) Rhaegar gave his son with Lyanna.

If only someone could’ve told Jon or Dany before, oh, y’know…

Jon Snow, a.k.a. Aegon Targaryen f***ed his aunt Daenerys Targaryen, on a boat. It happened, we all knew it was coming (heh), but did any of us expect it to happen in this way? Complete with troubled-looking Tyrion (what gives, T? Didn’t you want this?) and creepy-ass Bran explaining it over voiceover while the two nakedly semi-thrust and roll about.Something tells us Jon is going to be VERY UPSET when he realizes he schtupped his aunt. Doesn’t have a great sex record, this one. 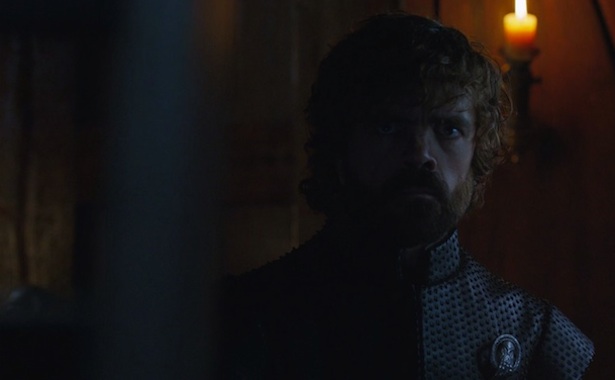 LOL JK, THE WALL IS DESTROYED, ICE DRAGONS ARE HOTTER THAN FIRE AND CAN MELT MAGIC, TORMUND IS DEAD, WE ARE ALL EFFED. 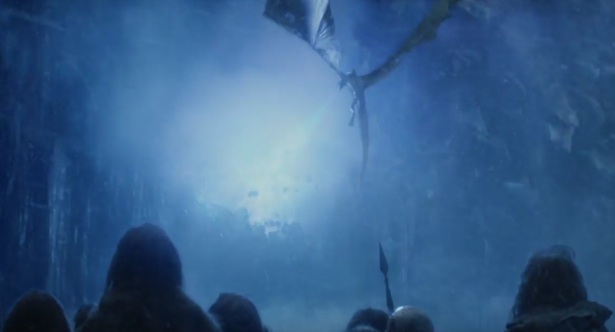 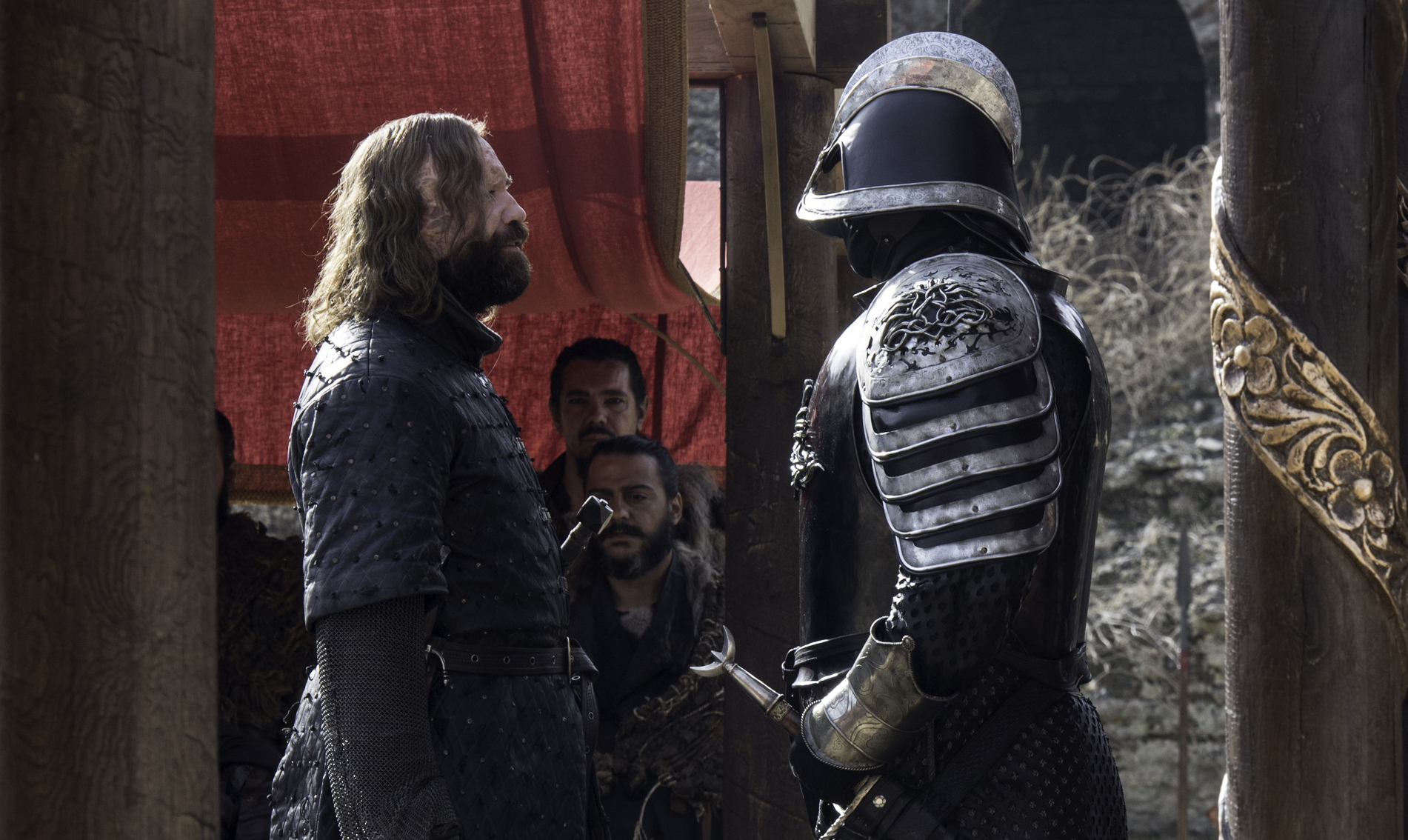 But what do you think? Let us know in the comments below!

Alicia Lutes is the Managing Editor, creator/co-host ofÂ Fangirling, and resident Khaleesi of House Nerdist. Find her onÂ TwitterÂ but only if you really want to because, likeâ€”I’m not your boss.

WHAT ELSE IS GOING ON INÂ GAME OF THRONES?

Gendry is Way, Way More Important to GAME OF THRONES Than Yo...