Realm Round-Up: The Biggest GAME OF THRONES Stories from the Season 7 Finale - Nerdist

Realm Round-Up: The Biggest GAME OF THRONES Stories from the Season 7 Finale

Warning: Spoilers are ahead for season seven of Game of Thrones. Stop and catch a dragon out of here if you’re not caught up.

Season seven of Game of Thrones has come to an end. Last week’s “The Dragon and the Wolf” brought key players to King’s Landing to confront the threat from beyond the Wall. The army of the dead is coming, and they don’t seem like the type to negotiate. It’s time for everyone in Westeros to get on the same page and focus on the most important war. But does Cersei Lannister care?The White Walkers weren’t the only hot topic in the season seven finale. Arya and Sansa took care of some family business with an executive decision, Sam conferred with Bran about the biggest truth bomb of them all, and so much more. To help you make sure you’re in the know about everything, we’ve collected all the biggest stories about “The Dragon and the Wolf” in Realm Round-Up. Refresh That Memory. Put all the happenings of the season seven finale fresh in your mind with Alicia’s recap.

The Little Things. Take a deep dive into the details of “The Dragon and the Wolf” with the above episode of Nerdist News and go into the arena of intense and excellent discussion with the last All Kings Considered of the season:

Good-bye, Baelish. Love him or hate him, you can’t deny the role Petyr Baelish has played through the years. Read Michael’s look back at Littlefinger. Yay Starks! Team Stark banded together like they haven’t in a long time. They each tapped into their abilities to manage Littlefinger. This is why they’re the MVPs of the episode. Wall No More. So, about that Wall standing tall and protecting Westeros from the White Walkers and everything else. This is awkward, but it failed. Big time. Learn about the history of the Wall and whether it still has anything to offer in this History of Thrones column. Negotiations. Tyrion took some time to speak with Cersei and attempted to make her see sense. While he was at it, he might have cut a deal with his sister. 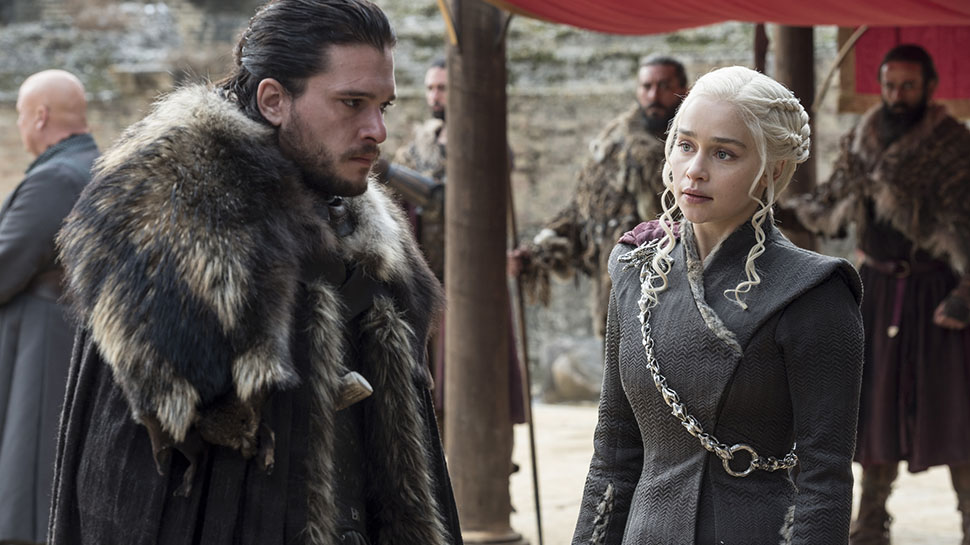 Matchmaking. Jon, a.k.a. Aegon Targaryen and Daenerys had their own kind of negotiations. The duo hooked up while en route to Winterfell. The cast has some thoughts about the love scene, and the director explained why it was on the vanilla side. Just the Best. Overall, season seven was filled with exciting and memorable moments. But which scenes were the very best? Michael breaks them down right this way. What’s Next. Season eight isn’t around the corner, but we can’t stop ourselves from looking ahead. These are the burning questions we have about the final season of Game of Thrones.

TAGGED: The Dragon and The Wolf

Game of Thrones
The Most Brutal, Shocking, and Gross Moments in HOUSE OF THE DRAGON
Tai Gooden
11 MIN READ

Game of Thrones
Are Westeros Dragons Too Big to Fly? Someone Did the Math
Melissa T. Miller
4 MIN READ
SEE MORE