Brave warriors stand and fight when an army of the dead marches on their home and country. That’s gonna be a hard pass for us though. If we saw a bunch of ice demons coming, we wouldn’t look for a sword–we’d look for our liquor cabinet. And now we’ll have the perfect drink when the Night King arrives, because HBO and Johnnie Walker have teamed up for aÂ Game of Thrones White Walker-inspired scotch. But don’t worry, they’re also sending reinforcements with a line of Westerosi Great House scotches.”Whisky is coming.”

Winter is here. Face the storm with the newest blend of Johnnie Walker, White Walker, in partnership with @GameofThrones. Best served ice cold from the freezer. pic.twitter.com/6hLBCzpH5L

First reported by USA Today, liquor company Diageo will release a limited-edition blended Scotch Whisky (whose official name is somehow NOT Johnnie White Walker) inspired by the show’s greatest chilly enemy. “Created by whisky specialist George Harper, alongside the small team of expert blenders at Johnnie Walker,” it is designed to be enjoyed ice cold from the freezer. In another very cool touch, when the 750-milliliter white and blue bottle is frozen it’s ink will glow to recreate the White Walker’s haunting blue eyes.

You can already get a bottle of White Walker ($36) in stores now, but in November, you’ll also be able to drink a limited-edition series of eight Game of Thrones Single Malt Scotch Whisky ($29.99 to $64.99) blends, each “paired with one of the iconic Houses of Westeros and the Nightâ€™s Watch.” This includesÂ Houses Tully, Stark, Targaryen, Lannister, Greyjoy, Baratheon, and Tyrell. You should act fast if you plan on getting a bottle for your favorite family or Brothers in Black, because when they sell out that’s it. 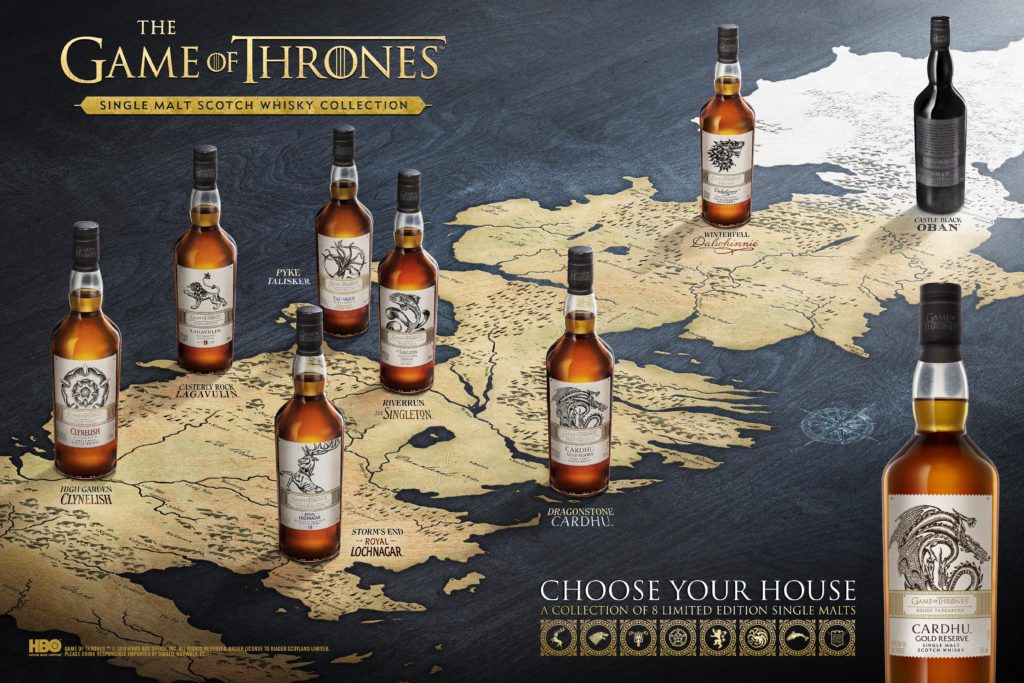 The last thing you want is an empty glass when the Night King shows up. What else are you gonna do? Fight him? That guy killed a dragon.Which character from the show would you most want to share a scotch with? Tell us why in the comments below.