GAME OF THRONES Recap: A Queen's Justice is Hard to Swallow - Nerdist

GAME OF THRONES Recap: A Queen’s Justice is Hard to Swallow

Hello, fair citizens of the Realm! Itâ€™s that time of year againâ€”the most wonderful of them allâ€”Game of ThronesÂ season. And, in addition to winter:Â spoilers are coming!Â (And maybe a few swears, too. Woops!) As this is a recap, it goes over everything in crazy detail, so proceed at your own risk and donâ€™t say we didnâ€™t warn you!

Where to even begin with this episode? Should we go with the most obvious, squee-inducing moment (when Jon met Dany), the most savage (when Cersei served Ellaria Sand an eye-for-an-eye), or the most heart-rendering (when Sansa, boss of the North, and her poor Three-Eyed brother, Bran, reunited)? To say nothing of the miracle of Ser Jorah of House Friendzone or the savagery of Grandma Time, Olenna Tyrell! Which is a very long-winded way of saying that tonight’s episode ofÂ ThronesÂ was not messing around, bringing us forward in the story even faster than WE thought possible.That said: this episode focused on the women of the Realmâ€”see why I keep saying we should change the name of All Kings Considered to All Queens Considered?â€”and how they wield and lose their power. From Dany’s concession to Olenna’s admission, it was a chorus of ladies singing tonight’s song of ice and fire. So what happened in “The Queen’s Justice” and what does it mean moving forward? PLENTY.

Call me lame for loving the Realm’s most Basic queen if you must, but can you blame me, really? Daenerys could so easily be like Cersei. Genetically, no one’s a bigger ticking time bomb than the daughter of Aegon Targaryen, the Mad King that Robert Baratheon overthrew (after Jaime kingslayed him real good), kicking off this latest instance of the game of thrones. Socially, no one else vying for power has seen less of the Seven Kingdoms she wishes to rule. And yet! And yet! She has surrounded herself with so many of the smartest Westerosi inhabitants and seems to have learned from the myriad mistakes she made when she freed Slaver’s Bay. So we cannot help but feel as though she might actually be the best ruler of the bunch. So much of that was seen in how she handled Tyrion’s maneuvering when King in the North, Jon Snow, arrived.Commence internal and external freak-outs because the thing we’ve all waited 7 seasons for has finally happened.

That’s right, THE COOLEST Â AUNT AND NEPHEW THIS SIDE OF THE REALM HAVE FINALLY MET AND OH MAN DO THEY NOT LIKE EACH OTHER BUT OH JEEZ IS IT SO, SO GREAT ANYWAY. Only neither of them know they’re related and ugh, can we like get to that bit already, PLEASE? (I’m dyin’.) 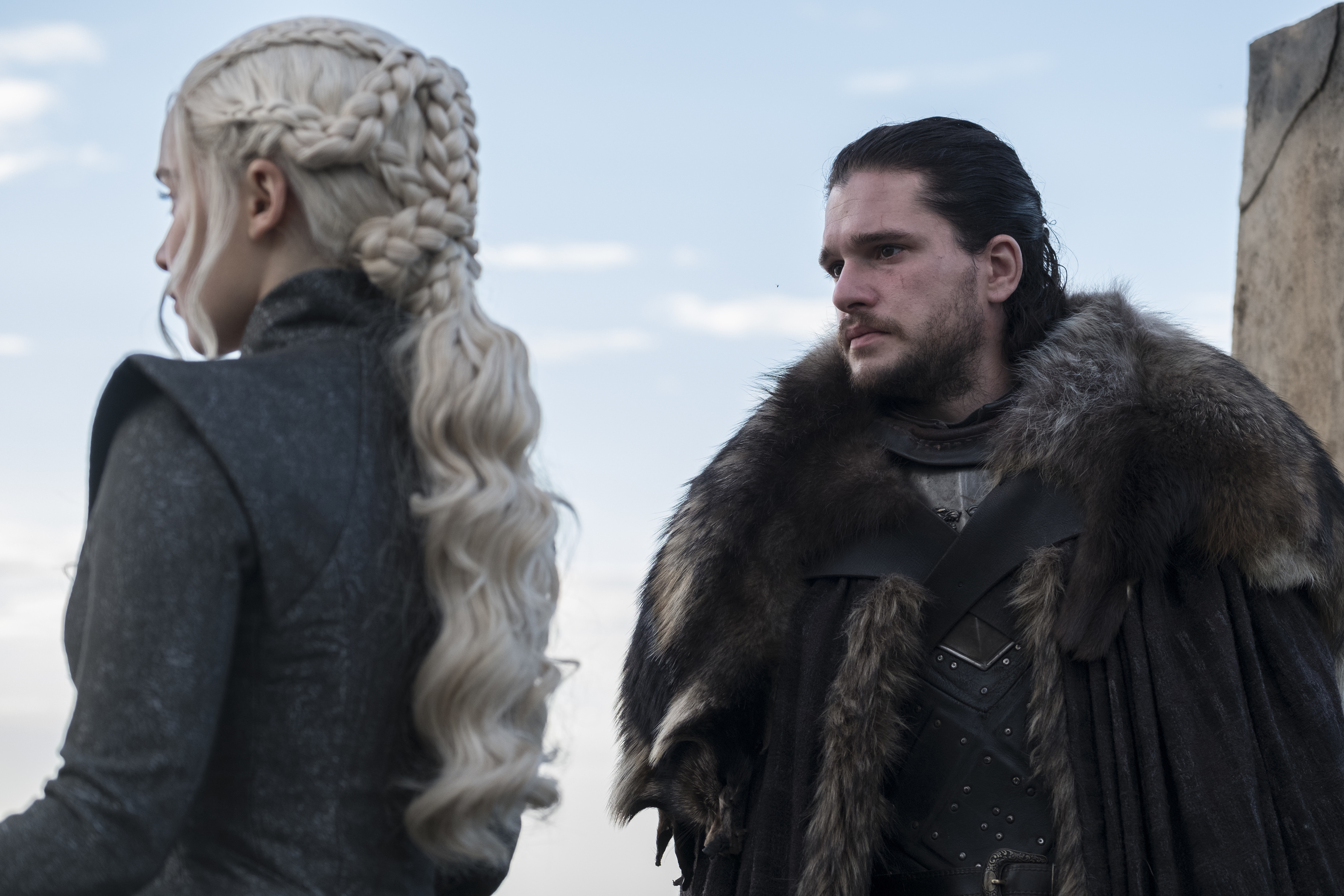 BUT STILL! The song of ice and fire, this is it! Right here! Even Melisandre said as much! It’s all very exciting and tense and maybe also a little bit sexual but that’s partially because this series loooooooves it some familial fornication (eugh). 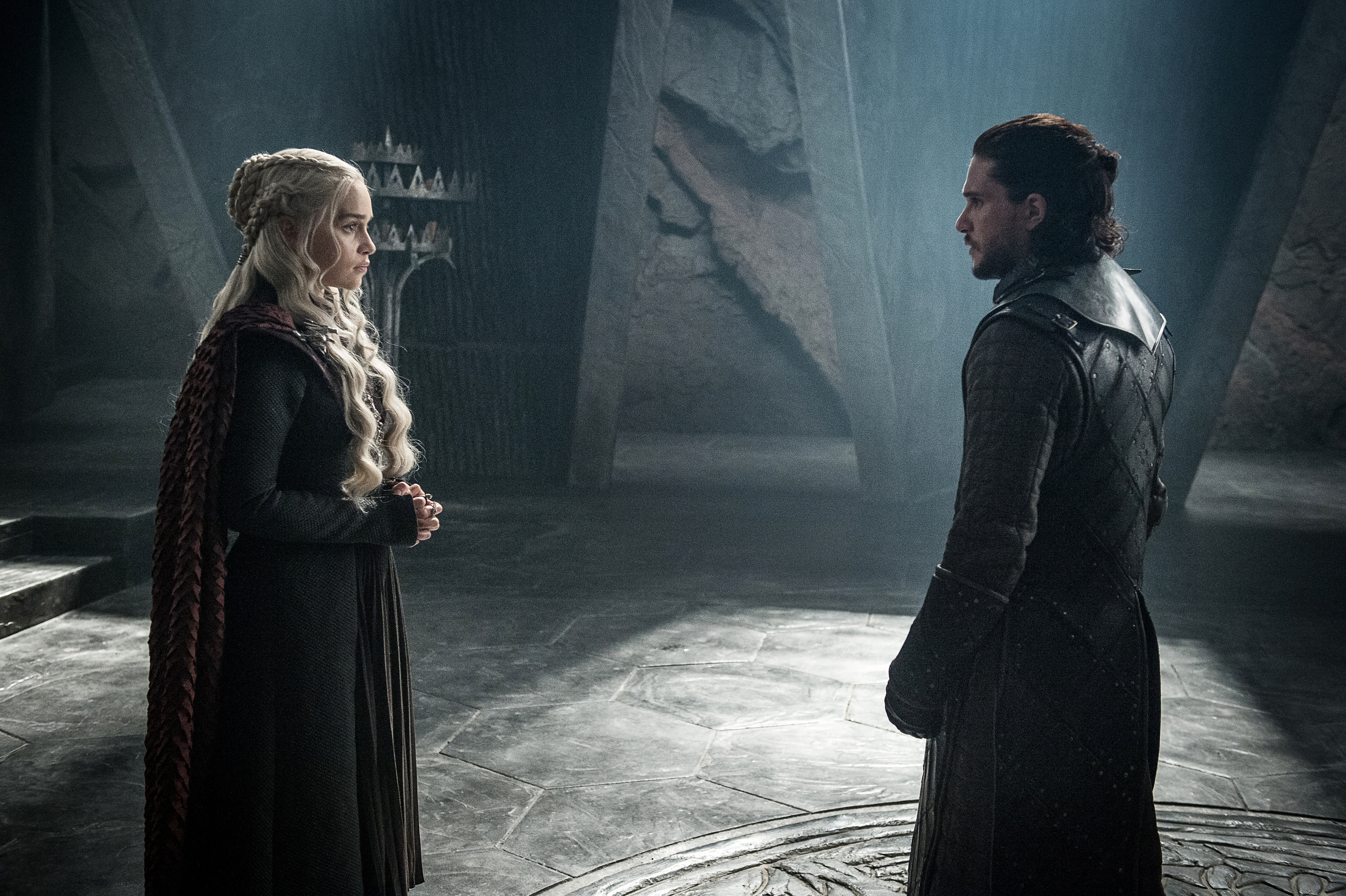 Jon and Dany aren’t insta-buddies off to save the Realm at once, however: Dany doesn’t believe Jon’s story about the army of the dead (though she does seem to think Ser Davos’ speech was more literal than Tyrion suspectsâ€”clever girl), and she is none too pleased about his inability to bend the knee. Dany even got all “well actually” on Jon Snow, sassing him about history but Jon was all “girl I know and still I ain’t here for this.”Dany has the same blind spot as everyone else in the Realm: Jon Snow ain’t worried about the people, he’s worried about the monsters. And also why is it so hard to convince a girl who birthed literal monsters â€” dragoooons! â€” that undead ones might possibly be real? Thankfully/later, Tyrion does what he does best and gets Dany to submit to letting him mine some dragonglass so he can go off and play at war while Tyrion and Dany do the real warrin’â€”which, ahem, didn’t go so well now did it? 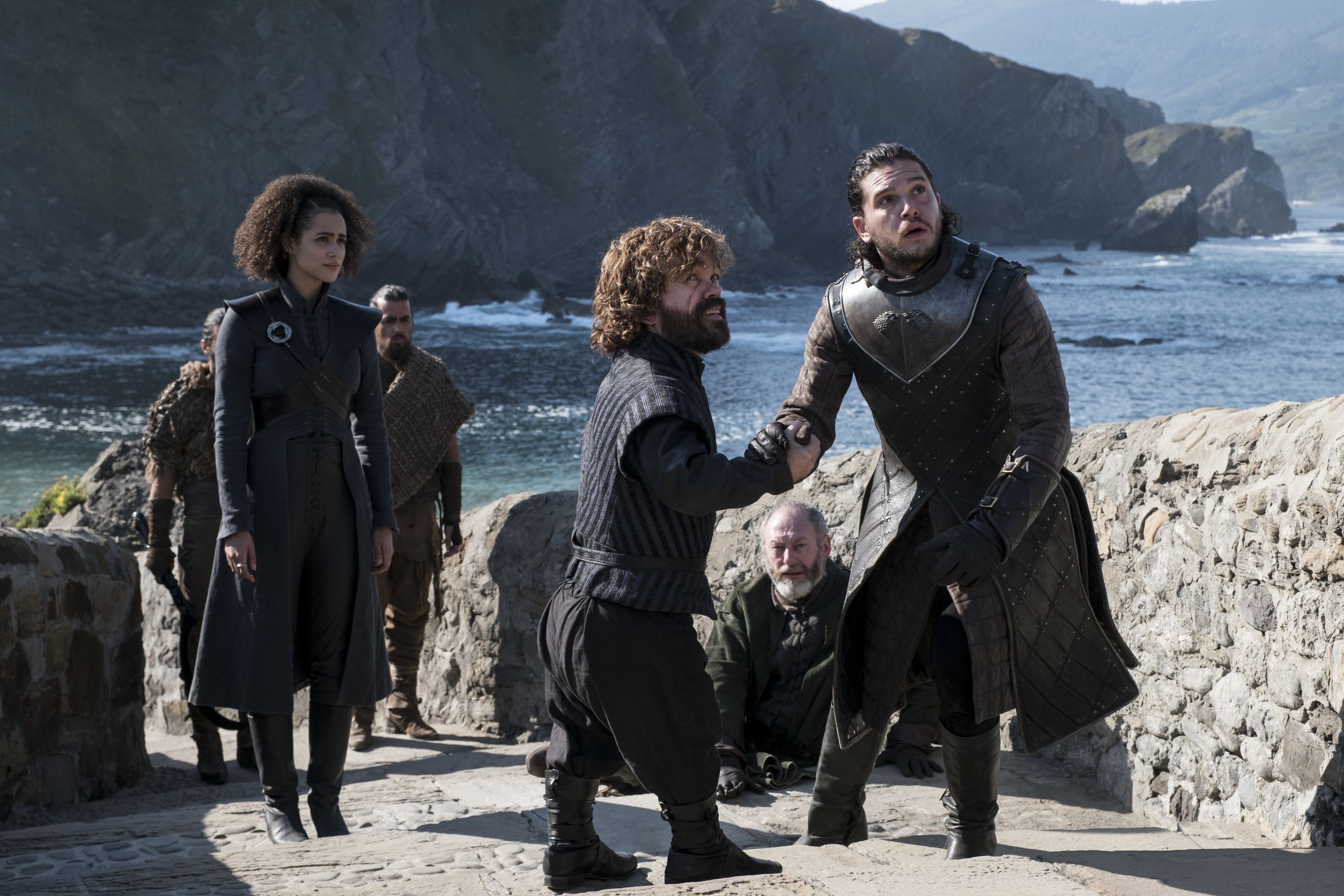 Speaking of the things that didn’t go well for Tyrion and Dany: The Lannisters have leveled UP, y’all! Look at them, pulling a Whispering Wood and eye-for-eyein’ it like some sort of psychosavants! Olenna was right: Cersei is a disease, and everyone around her’s catching it. (Though we admire Cersei’s ability to out-maneuver the ultimate game-player, Tyrion, because that is NO small potatoes.)The current ruler of the King’s Landing roost may have outsmarted her very smart brother, but she’s standing on the shakiest ground imaginable: that which is hoisted up by her own madness, the promises of a fickle ironborn, and her increasingly-less-jazzed-about-it brotherlover. She sent both of the men off to foil Tyrion’s planâ€”the Greyjoy ships sail to Casterly Rock to take out the Unsullied that are sacking it on the DL, and Jaime Lannister heads to Highgarden for their money and suppliesâ€”and wore a truly, truly fabulous dress while doing it (seriously Michele Clapton, I need you to do a ready-to-wear line inspired by the dresses on this show). 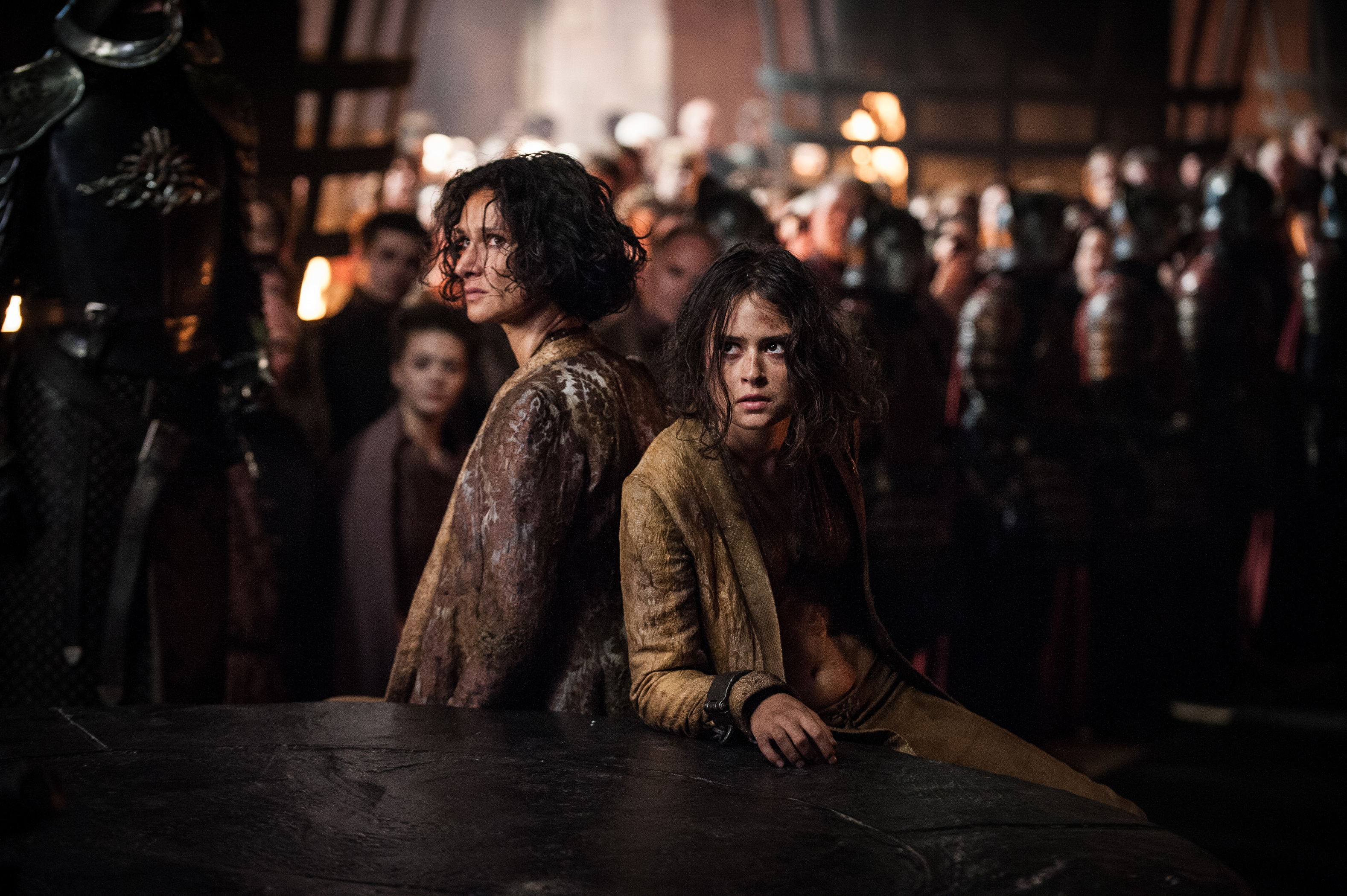 That said, she did have another one of her Classic Psycho Cersei moments, took her newest prisoners, Illaria and forced her to watch as she used the same poison that killed Myrcella on her OWN Sand Snake daughter and sentenced her to a life of watching her daughter rot. It was truly savage in an episode rife with motherly savagery.

This interaction between Jon Snow and Tyrion, I think, sums up everything good about Sansa Stark this season:Â “She’s much smarter than she lets on.” “She’s starting to let on.” “Good.” HELL YES IT IS GOOD THAT SHE IS LETTING ON. And not only that: homegirl is a more thoughtful and forward-thinking ruler than Jon or Ned or anyone else that’s led Winterfell thus far. GET IT GIRL. With every relieved breath that Sansa has yet to die at the hands of this show (but do you blame us for worrying?), a tiny baby ice dragon gets its wings, I swear it.But the best Sansa moment of all was certainly when Littlefinger tried to mansplain to her why the Lannisters were not to be trusted and Sansa was all, “oh so the people that murdered everyone I love are bad? lol k cool got it!!!” It was the biggest eyeroll of a sentence and I loved it. 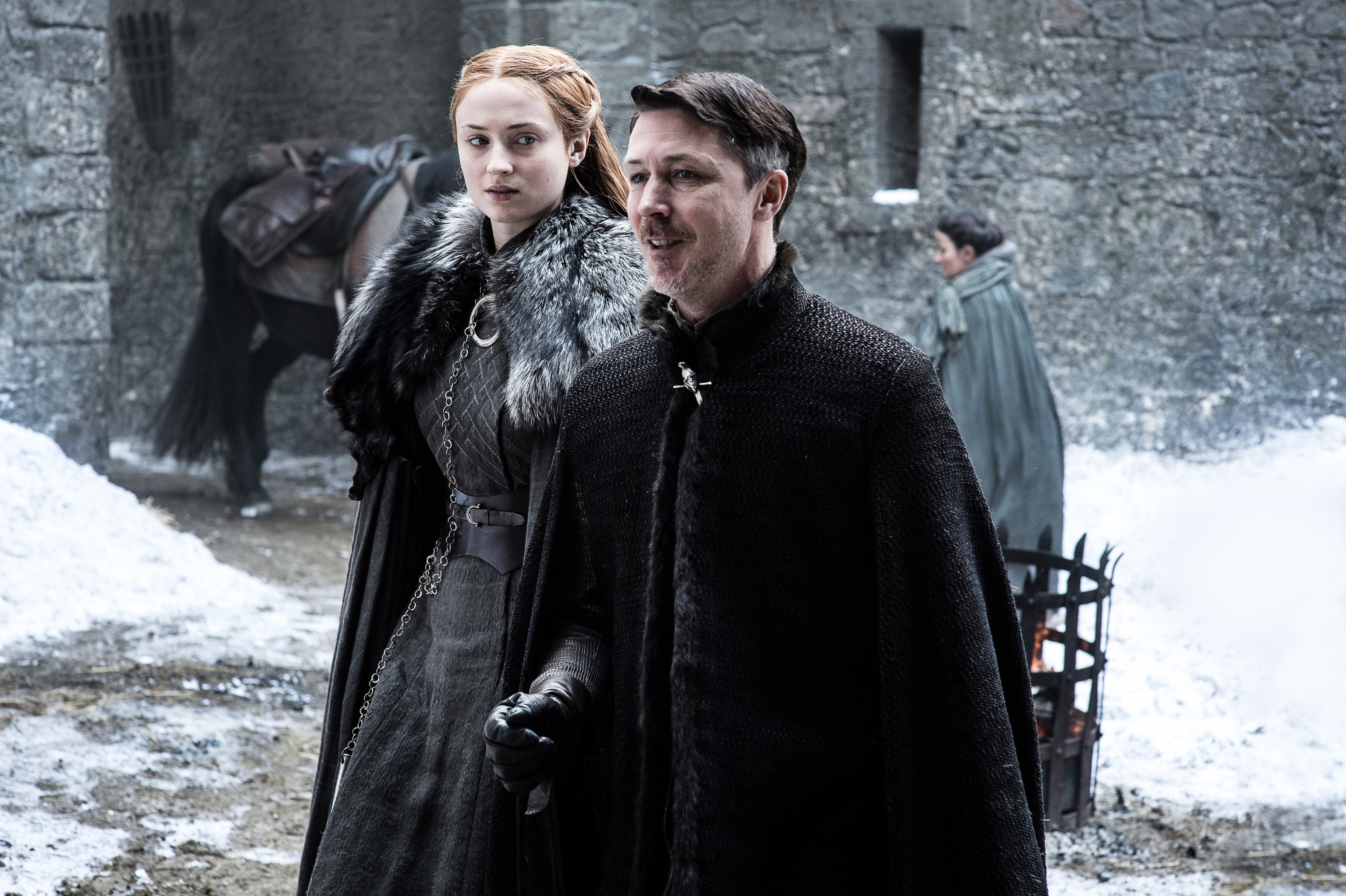 Of course we’d be remiss to not freak out and shed eleventy billion tears for that Bran and Sansa reunion because OH MY GOD. I was so not expecting that. AT ALL! AND HOO, DID IT MAKE MY HEART SING. Of course Bran has gone “Full Raven” and is fairly insufferable now but it’s fine because, like he said, “When The Long Night comes again I need to be ready.”

OLENNA! OLENNA! OLENNA! GO TELL ‘EM! Sorry there really isn’t much else to say here but scream over and over the name of Our Lady of Highgarden and Our Hearts, who finally DONE TOLD THE LANNISTERS WHAT WAS UP and that it was she, not Tyrion, that murdered their mad king, the nephewson previously known as Joffrey. Yes, she died, and it was messed up (albeit not surprising) but truly NONE OF THAT MATTERS BECAUSE SHE DONE TOLD THEM THE BUSINESS. She dropped that mic even as the poison was still making its way down her gullet LIKE A TRUE G (the “g” in this instance also stands for grandma). GANGSTER GRANNIE RULES THE REALM OF MY HEART because ugh, what a moment.

I love you, Lady Olenna. And I will never forget you.

Alicia Lutes is the Managing Editor, creator/co-host ofÂ Fangirling, and resident Khaleesi of House Nerdist. Find her onÂ TwitterÂ but only if you really want to because like, Iâ€™m not your boss.