The Great War is over, Arya Stark might be the Prince(ss) That Was Promised, and the majority of our favorite characters are still alive after fighting the dead. The question is for how long? With three episodes left and the Night King dead, attention will now turn back to the Iron Throne, in what Daenerys is calling “the Last War.” But new images from the final season’s fourth episodes shows Winterfell’s survivors have some planning – and a mass funeral – to take care of first. 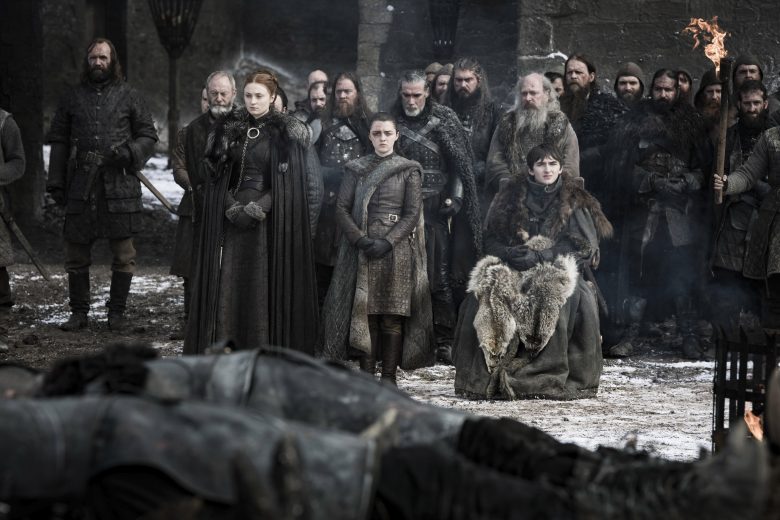 The majority of these episodic  images focus on what promises to be the biggest funeral Westeros as ever held, as the thousands of bodies of fallen living and fallen dead alike need to be dealt with. Even after defeating the Night King together though, these photos show the Stark and Targaryen forces are still separated like boys and girls at a junior high dance. 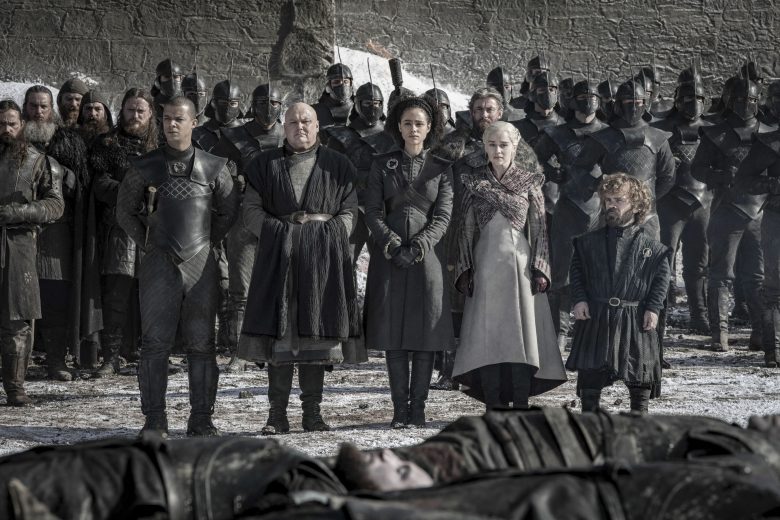 Just like Arya with her black eye, Jon is wearing the scars of the battle. However, if you were hoping that beating the Night King for good would make Jon less grim you’re out of luck. 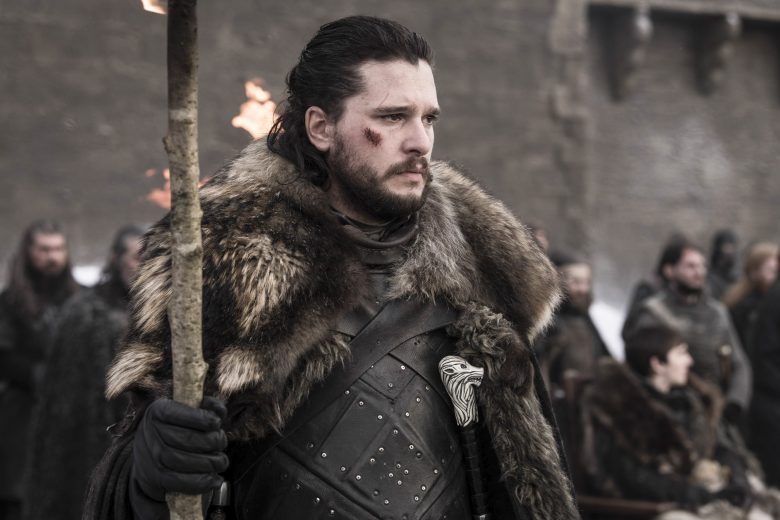 At least the heads of both sides will light the funeral pyres together, in what looks like a solemn moment of remembrance. (In fairness to Jon, he probably should look grim during this moment.) Also, they aren’t burning the bodies because they are afraid their eyes will turn blue and attack them. There’s just too many corpses to bury. 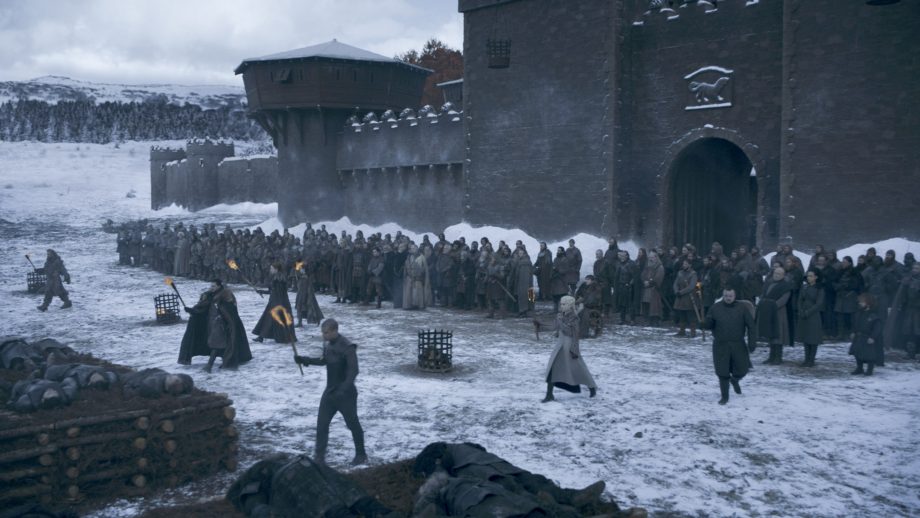 There will be more to deal with than just bidding their fallen comrades goodbye though, as we see Daenerys already turning her attention south, as they begin assessing Cersei’s forces. (Which they are much more aware of thanks to Jaime.) There are a lot fewer squares on that map than there were before the Battle of Winterfell, but we don’t know how many people are left to fight Cersei either. 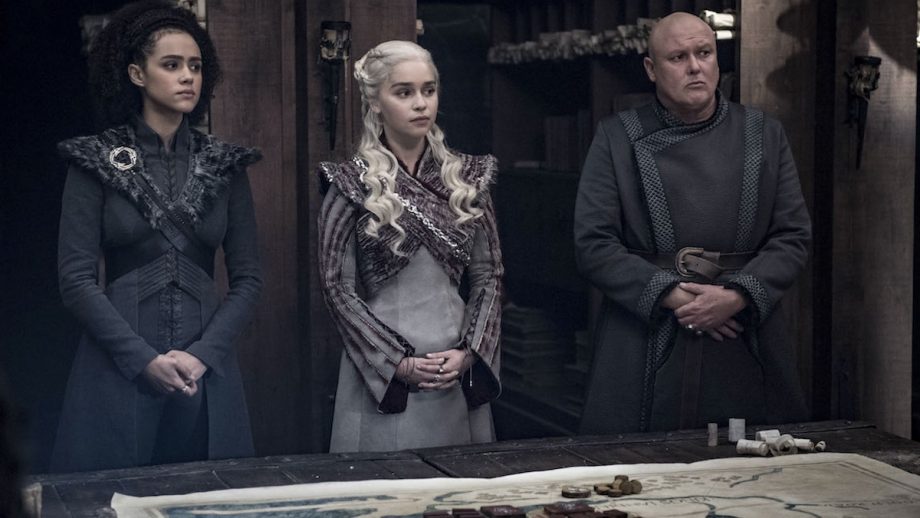 Of course, Cersei doesn’t have any dragons, let alone one as big as Drogon, seen here alive. (We know both dragons lived thanks to the video teaser for the episode.) 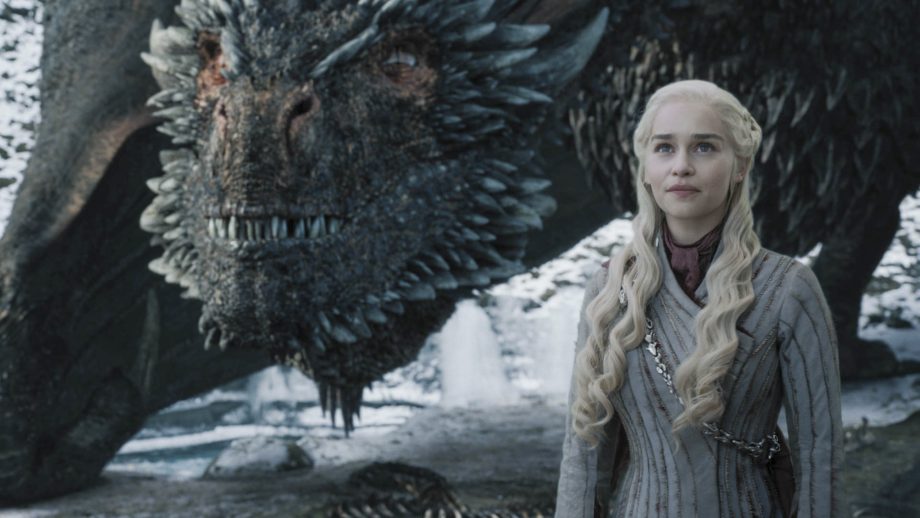 As for the Mad Queen who sat out the war with the dead, Cersei looks very pleased with herself, as does Euron who is still (very) close by. 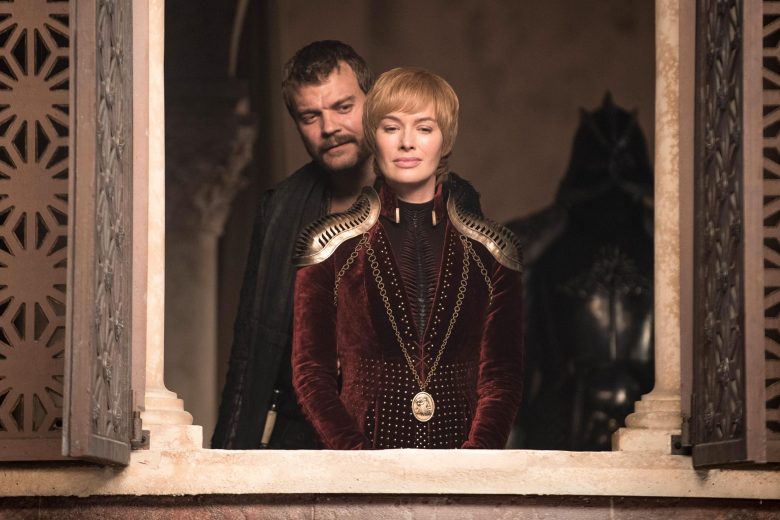 We’re not sure how much longer Cersei will be smiling though, because the final image shows Daenerys won’t sit around at Winterfell’s ruins for long. She still has her own fleet, and she is heading south with it. 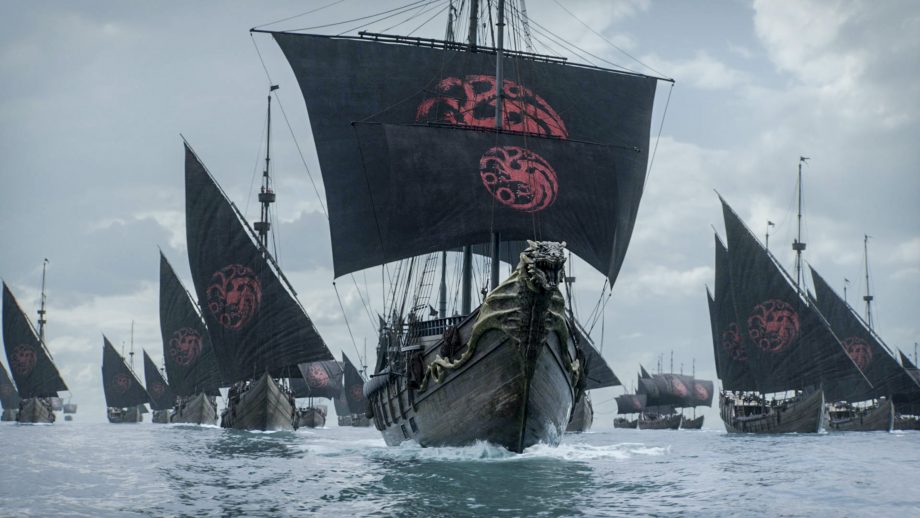 The Great War is over, but it wasn’t the Last War.