The body count from the Battle of Winterfell was enormous, unless you were a major character on the show. A stunning amount of our favorites survived the fight with the dead, but not all of them. The saddest death belonged to Ser Jorah Mormont, who fell doing the thing he swore to always do: Protecting his Khaleesi. As the wights swarmed the Mother of Dragons on the field, her brave knight came to the rescue, fending them off, even as he took multiple wounds. He did his duty, but it cost him his life. And what a life it was, because as this moving tribute from the YouTube channel King FireMan reminds us, Jorah of Bear Island had one of the most incredible journeys on Game of Thrones.

Jorah’s death was the final heroic act in a story that began in Game of Thrones‘ very first episode, when the disgraced and exiled son of Jeor Mormont attended the wedding of Daenerys Targaryen and Khal Drogo. It was there he first met the queen he dedicated his life to, even though originally he planned to betray her. When Dany discovered his original intentions, she banished him from her side twice, before he finally returned to her service as a trusted adviser.

Along the way he was enslaved, contracted greyscale, and fought the dead beyond the Wall, but ultimately he did get the two things he wanted most in life: to go home and to serve Daenerys. The North will remember how he served the Realm during its darkest hour. 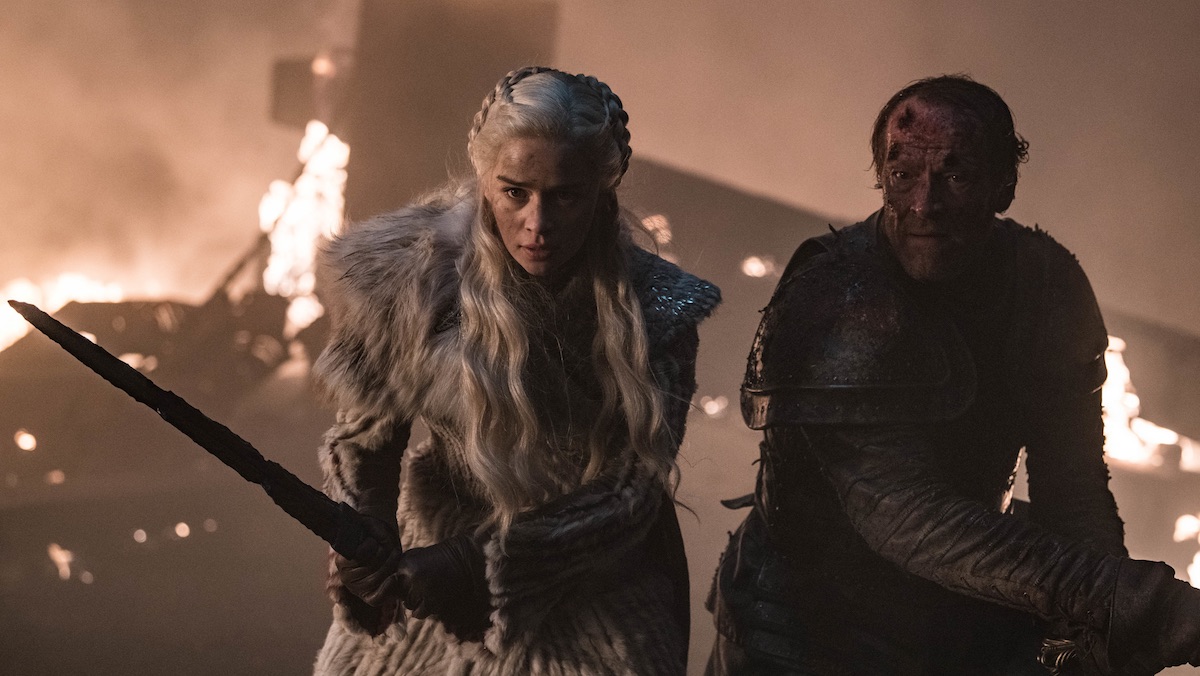 And as if this fantastic tribute video isn’t emotional enough, when you re-watch Jorah the Andal’s final moments, and remember that despite numerous wounds he still rose to his queen’s defense, think the words of House Mormont: “Here We Stand.”

Now he can rest knowing none stood taller.