GAME OF THRONES Filming Sites to Open as Tourist Attractions

As much as we’d love to experience the majesty of the Eyrie and Casterly Rock, and no matter how much we’d love to wander the famed streets of the Red Keep or do a pub crawl of Northern taverns, Westeros would probably be a terrible place to actually visit. Food is scarce, there’s always a war, sometimes dragons show up and melt everyone, and you know it must smell awful. But next year,  HBO will make it possible for fans to travel to the Seven Kingdoms without fear of famine or death, because they are turning iconic Game of Thrones sets into tourist attractions. In a press release with Tourism NI, the network said that, in 2019, some of the show’s most famous filming locations in Northern Ireland will be transformed into an open attraction “on a scale and scope bigger than anything the public has ever seen.” In addition to the sets, each site will feature “displays of costumes, props, weapons, set decorations, art files, models, and other production materials,” along with “state-of-the-art digital content and interactive materials which will showcase some of the digital wizardry the series is known for.” 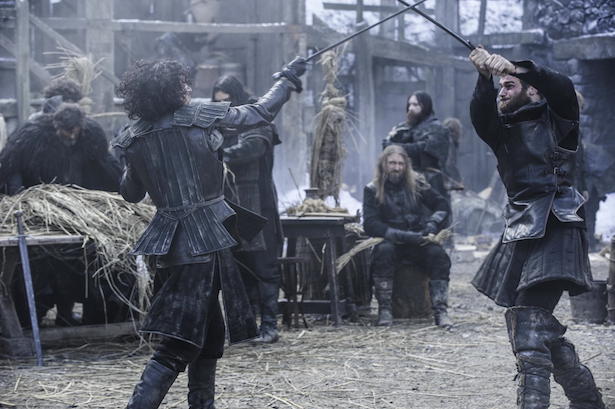 While numerous settings form both Westeros and Essos have been filmed in Northern Ireland, the plan for now is to turn the standing sets for Winterfell, Castle Black, and Kings Landing into attractions, “alongside a formal studio tour of Linen Mill Studios, which will showcase a wide array of subject matter from the series spanning all seasons and settings.” HBO says they will announce further details after an “exploratory process is completed,” but they have set a “tentative” date of 2019 to open.

Our bet is this will be so successful they’ll need an actual Iron Bank of Braavos to keep all the money they take in. Because while we would still want to visit the actual Westeros, getting to explore the Seven Kingdoms without worrying about White Walkers or the Long Night sounds a lot more enjoyable. Especially because Ireland definitely smells a lot better.

What set do you want to visit the most? Tell us in the comments below where you’ll be heading when they open.