Unlock Your Phone and New Friendships in GAME OF PHONES - Nerdist

Unlock Your Phone and New Friendships in GAME OF PHONES

You’re sitting by yourself at a party and there’s nothing you want more than to just pull out your phone and surf. But you don’t want to be a social pariah, so you just sit there and wait to go home.

But with Game of Phones, the party game that encourages you to unlock your phone to launch the fun, you’ll be making friends and get to be on your phone as much as you want! Game of Phones is now on Kickstarter and needs your help to turn your next party or game night into an unforgettable digital scavenger hunt. 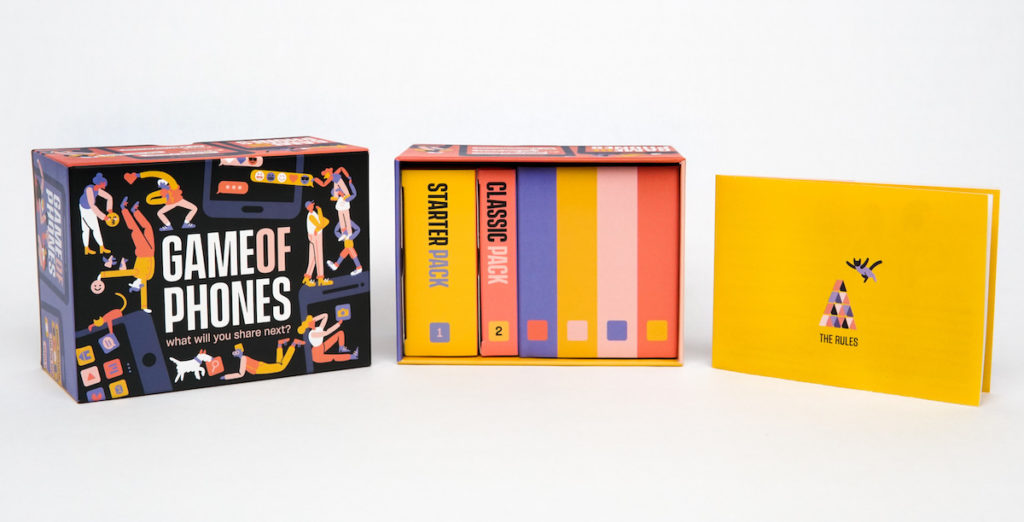 All you need to play Game of Phones is the starter pack and a smartphone. It’s family-friendly, so even the younger partygoers can join in, and the game will be different every time you play. Three or more players will be flipping through camera rolls, scouring the internet for tried-and-true memes, and taking some of the oddest selfies to find on their phones later. No new apps are required! On each turn, one player plays the role of Influencer, and chooses the card for that round of play. 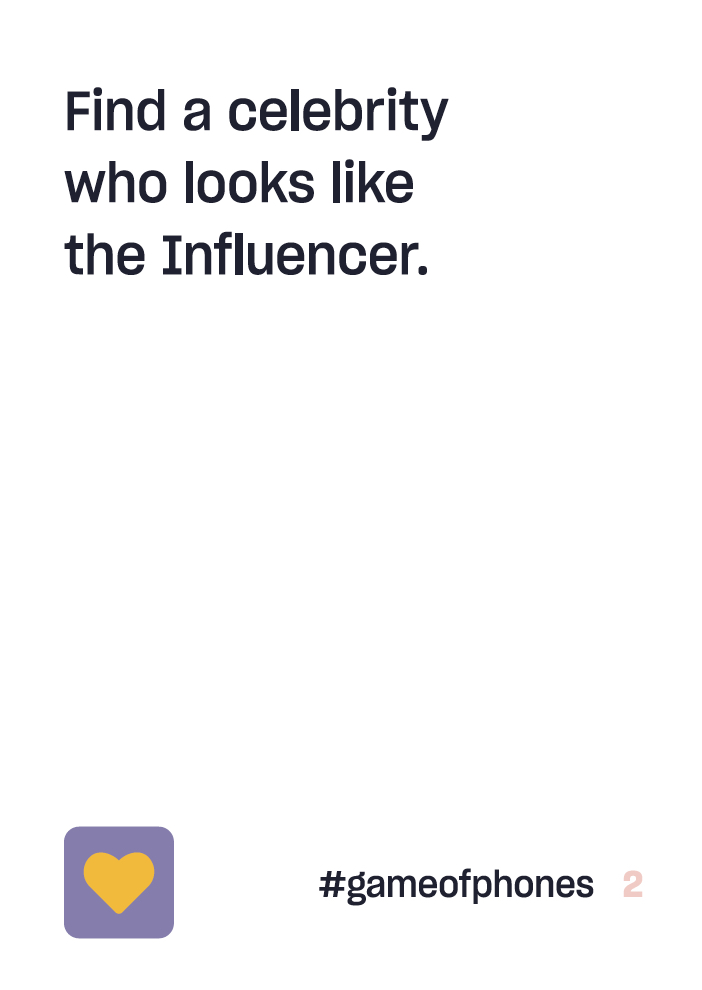 Four challenge types make up the cards you’ll be drawing: the Influencer chooses their favorite response, everyone votes on who to eliminate from the round, a lightning round in which the fastest response is the winner, and a bonus challenge that gives the winner of the next round a bonus card.

The winner of the round keeps the card. The first player with five cards wins the game!

Support the Game of Phones Kickstarter now for your chance to join the phone fun! You can choose from a standard game with two mini packs of cards, a game with three mini packs including a special offline deck that can be played with no internet connection, and as a backer you’ll also get a bonus collector pack you won’t find anywhere else.

Don’t miss your chance to turn a party from awkward to awesome!

All Images: Game of Phones