Gambit Back On the Big Screen: How to Make the Ragin' Cajun We Deserve - Nerdist

Gambit Back On the Big Screen: How to Make the Ragin’ Cajun We Deserve

Remy Etienne LeBeau, Le Diable Blanc, Death, the Ragin’ Cajun: he’s known by many names, but you probably know him best as Gambit. Everyone’s favorite Cajun mutant card-thrower is on his way back to the big screen in a huge, solo movie that’s sure to let the good times roll, or “laissez le bon temps rouler,” if you’re from the Bayou. Whether Remy LeBeau is capturing the hearts of ladies like Bella Donna and Rogue, or being the rascal-y, kinetic warrior of the X-Men gang, Gambit has always been at the top of most fans’ list of favorite mutants. And with a successful actor like Channing Tatum taking on the role, we’re hopeful that we’ll finally get to see Gambit done right on the big screen next year. 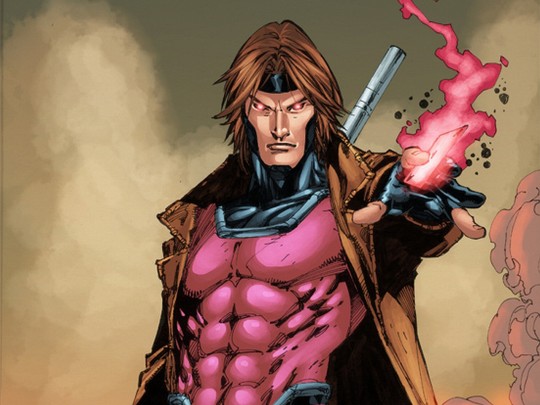 “Every part a’ the man I was says I should push my bo-staff through your thick skull…but the problem with dat solution is dat I’d be givin’ you exactly what you want!” – X-Men Vol. 2 #38

First, let’s address the elephant in the room. Fox’s first attempt to do a standalone X-Men movie, the oft-maligned X-Men Origins: Wolverine. In the studio’s first attempt to bring Wolverine’s origin story to the big screen, we were introduced to an all-new cast of mutants: the Blob, Silverfox, Deadpool, and — you guessed it — Gambit. Only this time, fans were let down in more ways than one. The costume wasn’t very reminiscent of the comics, unless you count the trench coat. Outside of the physical, the character was lacking that Gambit feel and personality — plus the accent wasn’t quite right. It just wasn’t the Gambit we all know and love. To be fair, it wasn’t Taylor Kitsch’s fault, but rather a script that had gone through numerous studio rewrites before it went to tape. And sure, the ONE legitimate fight scene featuring Gambit was decent: we got to watch him showcase his bo staff abilities and use his powers a little bit, which is fun. But you can’t just throw one of the most popular X-Men into a movie and only give him one or two cool scenes (and this is coming from a Colossus fan, so you have my sympathy). In the end, the folks who walked out of those movie theaters went home with their heads hanging low, for they had just witnessed one of the coolest X-Men utterly and terribly mistreated on the big screen. 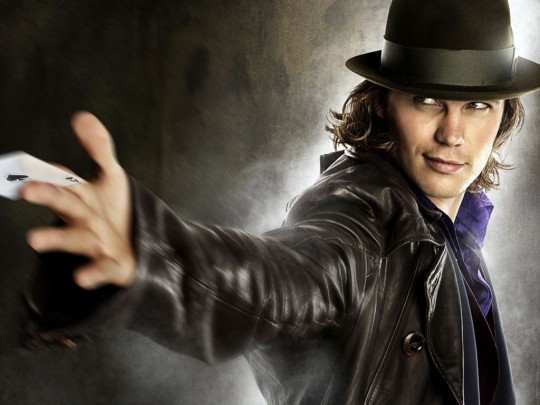 Talks of Gambit starring in any more live-action X-Men films dwindled after his inclusion in Origins …that is until Channing Tatum started campaigning for the role. With Tatum’s big screen success continuing to grow, film after film, Fox execs quickly locked him down for the role and announced that a solo Gambit movie was in the works. It makes sense to at least start a total reboot of the character with a solo film, rather than throw Gambit into an already established X-Men team. Gambit is a rich, complicated character who is very much a solo act in the comics. Even though he fights on the X-Men roster, Remy has long been known as a rebel. He doesn’t like to play by any rules other than his own. So it would benefit the character if we got to see him fight on his own for a little while, and then slowly integrate him in with the rest of the other big heroes. It would allow for some of that rebelliousness and narcissism to sink in with audiences before the real troubles of adapting to a team really hit home for Gambit. In fact, for that reason primarily, it wouldn’t be surprising at all if we didn’t see Gambit suiting up alongside the X-Men until after maybe a few stand-alone sequels. 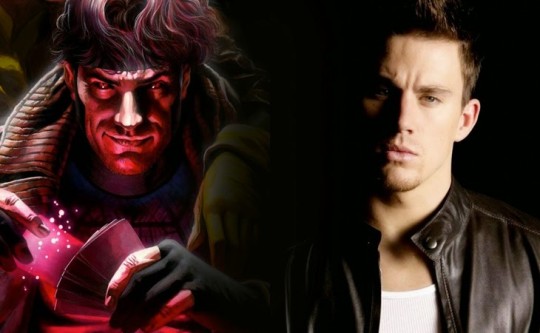 “Relax Darlin’. I wrestled alligators before I could write my own name” – Gambit Vol. 5, #80

Almost as important as the character himself, Gambit’s story is very much a love letter to the state of Louisiana and the rich Cajun culture of the Bayou. It’s vital that the film centers on that aspect of Remy LeBeau’s origins in Louisiana, as his Cajun accent, southern charm, and overall demeanor are a direct result of the place he calls home.  The comics have delved deep into Gambit’s connection to Louisiana, and introduced several new characters who are products of the Deep South. Gambit’s childhood friend and love interest Bella Donna Boudreaux would likely never see the big screen if filmmakers choose to take the story away from Louisiana. And however likely or unlikely, a Louisiana-based film would also be beneficial IF they decided to include Rogue in Gambit’s origin story, since she comes from nearby Mississippi. Louisiana is as much a part of Gambit as his mutant genes. And let’s be real: how often has there been a superhero from the South? Can you name any? Probably not and that’s exactly why Gambit’s portrayal is so vital. 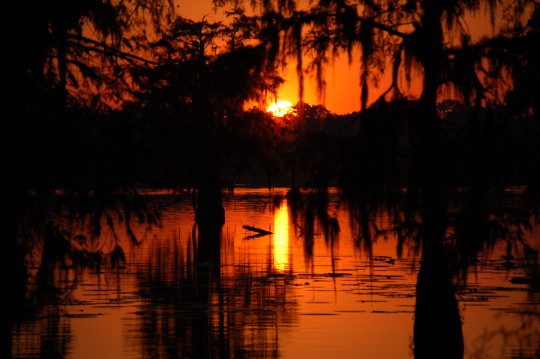 Speaking of mutant genes, let’s just discuss the potential for fight scenes and amazing visual demonstrations of Gambit’s ability to charge objects with kinetic energy. Charging playing cards and throwing them at his enemies quickly made Gambit a fan-favorite. And if you have a standalone Gambit film you know there’s going to be plenty of card-throwing action. We really didn’t get a taste for that in X-Men Origins, so it would be a shame if the filmmakers didn’t pack in a few extra scenes to make up for that mishap the second time around. Nearly as important as his mutant ability are Gambit’s bo staff skills, which NEED to be showcased. Since his introduction to X-Men comics, Gambit has almost never parted ways with his trusty staff. They’re as much a part of him as anything else, so if you want to do the character justice, these skills need to be prominently featured. 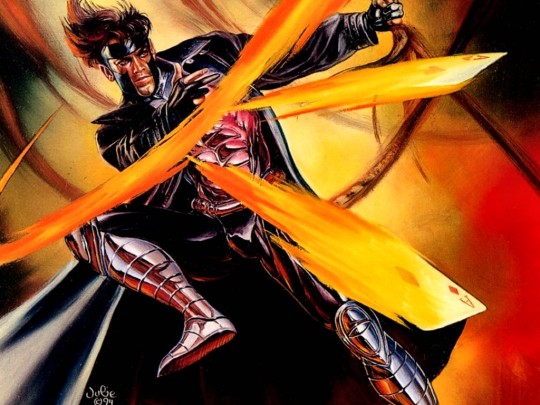 What’s most exciting about the promising future of Gambit is the idea that the character might be redeemed, and finally get the respect that he undeniably deserves. He’s a staple of the X-Men franchise who should have probably gotten his chance to shine a long, long time ago. So fans, say your prayers, cross your fingers, and bust out that old rabbit’s foot because, if we’re lucky, the stand-alone Gambit will be a huge success. We’ll all finally get to see the Ragin’ Cajun in all of his glory, and live out our wildest superhero fantasies.

What are your hopes for the Gambit movie?  What do you think they need to include in order for Gambit to get the best portrayal possible?  Let us know!