With the cult hit Gone Home, Fullbright managed to bring back the art form of the interactive adventure — think Myst, but with far greater production values and a story that makes a difference. The game presented some excellent complications when dealing with other characters and paranormal situations. What’s more, it paved the way for better things to come from the developer; and we can expect them next year with the first-person adventure Tacoma.

Although only bits and pieces of the game have been revealed thus far, it seems to follow the same storytelling style as Gone Home, but this time, instead of taking place within a home, it leads players into a space station, where something has clearly gone wrong.

The game follows lead character Amy Ferrier – the astronaut called in to investigate – as she ventures into Tacoma, a lunar transfer station that’s part of the Virgin-Tesla family. She’s assisted by Odin, an artificial intelligence system that provides certain answers surrounding certain events, which Ferrier will definitely ask about.

Much like Gone Home, Tacoma is rich with dialogue, and not just with the lead character and her AI companion. Along the way she’ll find recorded messages left behind by the crew, as well as video logs and text messages left behind on devices. These are completely optional to the player, but finding them all is beneficial to creating a more immersive  and developed experience, providing a deeper understanding of what went wrong. 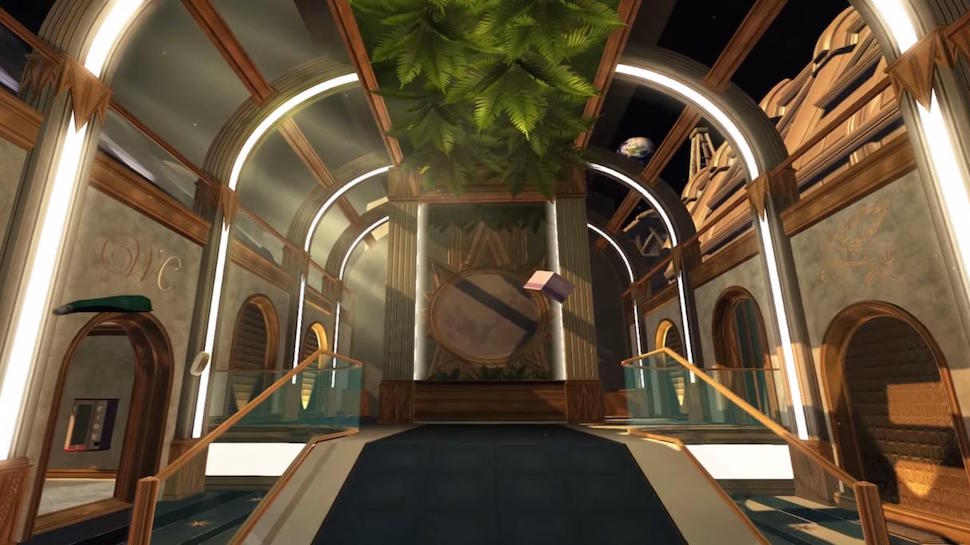 Exploration is the main mechanic in Tacoma, as the game will rely on Ferrier finding certain items around the station. In addition to Odin the AI, she gets assistance from anti-gravity boots, which enable her to jump from the ceiling to the floor and back again. There are times when the situation will require her to make the switch, but it’s all done at the player’s leisure – there’s no real pressure here, as you won’t be forced to run anywhere or fill up oxygen. It’s all about the heart of the story, just as it was with Gone Home back upon its release.

Perhaps Tacoma‘s biggest asset will lie within its emotional pull. Like Gone Home, the lead character will go through a series of feelings as she makes new discoveries around the station. Some may even provide a punch to the gut, from which recovery may not be so easy to grasp. After all, there’s not much comfort to be found stuck in a space station 200,000 miles from Earth, your only companion an AI buddy.

The trailer below lays some brief groundwork over what to expect from the game’s design, which is more about atmosphere than pizzazz. And that’s just how Fullbright wants it, creating an experience that players can unfold at their own pace, soaking in every bit of detail as they discover what really happened.

See how Tacoma’s mystery unfolds when it arrives for Xbox One and PC in 2016, followed by a later release on PlayStation 4.