Should You Fudge Your Dice?

The dice giveth, and the dice taketh. In RPG’s, the random nature of dice is what turns our stories into something other than a pre-scripted novel. An epic boss fight the storyteller had planned could go south with a series of PC botches and turn into a total party kill. On the flip-side, a few critical successes at the right time could allow the party to succeed beyond their wildest imaginations. Game systems like D&D are incredibly swingy with the dice as a narrative tool, while others like War Machine keeps their massive swings muted.

With the amount of work that players put into their characters or the storytellers in a plot, we inevitably find ourselves at the mercy of the cursed dice. Players have gotten frustrated and quit games over dice rolling badly, and storytellers have always lied about what we really roll behind the GM screen. It’s a compelling and understandable urge to reach out and control fate, perhaps tip the dice a little or argue that a re-roll is required since it landed on the GM’s cat. At what point are we undercutting the base rules of the game for our own urges? When is it best to roll dice behind your screen, knowing you might need to fudge rather than increasing tension with an open table roll?

A Tool Of Suspense 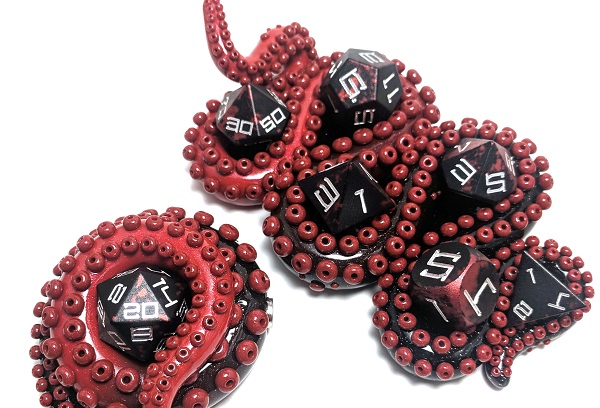 Dice are just one medium that we use to increase suspense. Vampire: The Masquerade LARP’s use a terribly complex system of Rock-Paper-Scissors, some systems use cards, and others like Dread use Jenga towers. Dice, however, give you a range of success and failure to tell your story in. If dice are perceived as that extra spice to bring flavor to a game, then even botches aren’t your enemy and there should be no reason to lie about their roles.

Unless you want to build suspense.

We get stuck in a bind when the players or the rules call for a roll and we passively go along with it. Meanwhile, the table chatter comes up with amazing theories about happens if an event comes to pass or the dice fail them and it’s so brilliant, it needs to happen. So you roll behind your screen, see the outcome of the dice and make the judgment call right there: you can do better. Storytellers will always read their room better than the dice, and if you need to overrule that cursed pointy object go ahead. On the flip side, sometimes rolling a critical saving throw out in the open can be just as engaging.

When do you roll dice in front of players for extra effect? Tell us your best dice story below!