Thanks to COVID-19, fans learned that they won’t get to see Lin-Manuel Miranda’s stage-to-screen adaptation of In The Heights this summer as initially planned. And while waiting until the new release date of 2021 isn’t exactly easy, at least we’ve got something to tide us over: Hulu has announced that it will release Miranda’s We Are Freestyle Love Supreme this June. The documentary about the improv hip-hop troupe first premiered at this year’s Sundance Film Festival.

Ladies and gents, our documentary #WeAreFreestyleLoveSupreme is headed to @Hulu! Check it - June 5, 2020.🎤 pic.twitter.com/Q2npVLTNoh

Freestyle Love Supreme was founded by Miranda, Hamilton director Thomas Kail, and Anthony Veneziale. Filmmaker Andrew Fried chronicled the group’s early beginnings, when they were performing at clubs and bars—and on sidewalks—leading up to the troupe’s recent off-Broadway and Broadway runs. The result? A 15-year retrospective of hard work, fun, and a lot of cool hip-hop. 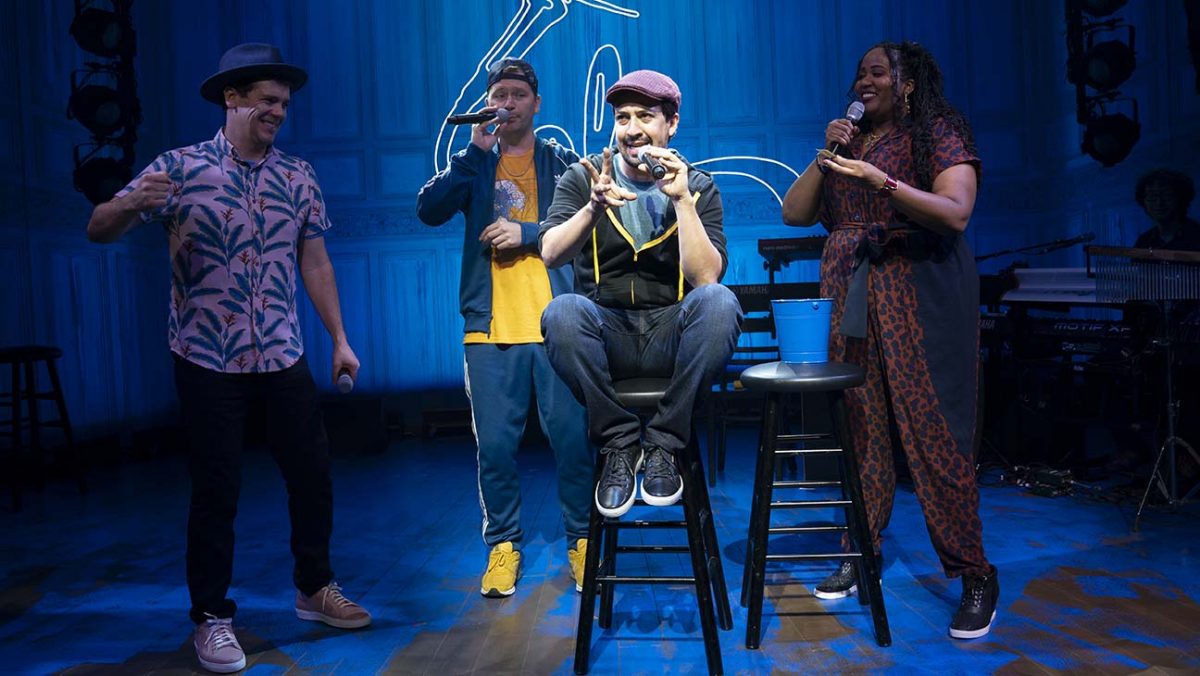 Miranda credits Freestyle Love Supreme, which began in the basement of the Drama Book Shop during the early beginnings of In The Heights, as the catalyst for his creativity and success. “This is always the thing that’s fed the other things,” he told Variety in an interview. “I freestyle with my friends, and I want to go home and write. I freestyle with my friends, and then I want to go do my real work. Neither of those shows could exist without this happening first.”

We know that this isn’t exactly the same as singing about Washington Heights in the heat of the summer. But maybe a look into Miranda’s creative mind is just what we need to lift us up during this time of quarantine.