Ranking Every Song from the FLIGHT OF THE CONCHORDS TV Show

Flight of the Conchords returned to HBO with an all new special in 2018. This follow the run of their series from 2007-2009. Both members of “New Zealand’s fourth most popular comedy-folk duo” found tremendous solo success since the series ended, with Jemaine Clement becoming a Hollywood star and Bret McKenzie winning an Oscar, but we’ll always love them together the most. So to celebrate their glorious return, we judged every song* from their amazing HBO show based on musical quality, how well they worked within the episode, and how funny they are on their own.

That’s right—it’s time to get down to business. The business of ranking. 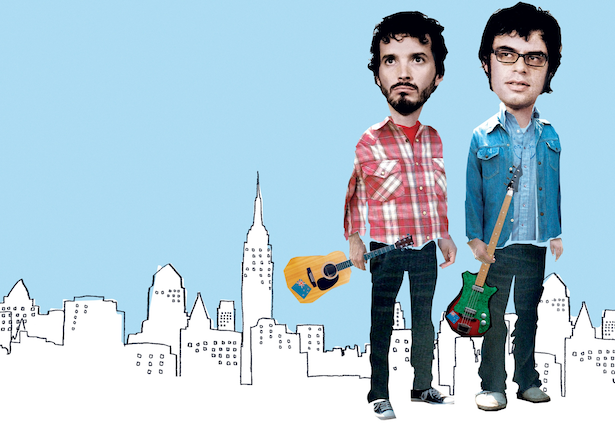 *With only a few exceptions we’re not including songs from the show the band performed primarily in the “real” world. So no “Doggy Bounce,” “Femident Toothpaste,” “Rock the Party,” “She-Wolf,” “Epileptic Dogs,” “The Broadway Musical,” and “Rap (Is Not Very Good).” We’re also omitting their non-lyrical numbers, like the theme song, “Bret’s Angry Dance,” “Everyday Sounds Musical Montage,” and the series-ending shepherds’ jam.

They are all amazing, but they are too different from the “fantasy world” songs that define the series, so it’s nearly impossible to compare them—a song like “Rock the Party” is so good because it’s intentionally bad. And since we are only judging the version of songs that were included in the series, we aren’t ranking “Jenny” from their amazing One Night Stand, but it’s still one of their all-time bests.

A Korean song presented in karaoke form is only funny if you can see the hilariously bad English translation.

A Russian folk song about three people lost at sea, with two of them turning to cannibalism, never really bites.

This West Side Story spoof works in the context of the episode, but it’s too on-the-nose to stand on its own. FotC is at its best doing clever parodies and homages rather than “cool” imitations.


Jim Gaffigan is great in this episode, but this song feels forced in the episode and is far too connected to it to stand on its own. Might be rated too high.

A fun little song with some great laugh-out-loud lines, but doesn’t make much sense on its own and gets a little repetitive.

There’s not anything wrong with this short, ’50s-style ditty, with a couple of very clever lines about mermaid sex. It’s just not a standout.

This opera-style track has some great lyrics, but it also required a ringer, with tenor Andre Dorst mostly filling in for Rhys Darby. Not sure you’d ever play this on its own.

A Beck parody whose lyrics are much better than the music. This works within the episode a lot better than on its own, because it features a ridiculous music video.

33. “Rambling through the Avenues of Time“

Sometimes the band embraced its folk music origins, like with this overly dramatic, silly song about Bret falling in love with a girl he saw. Jemaine’s interjections don’t make sense outside of the episode, but they are really funny, and this would be great to hear live.

The Good: the song makes perfect sense in the episode, it’s unquestionably funny, and you can listen to it on its own. The Bad: Surprisingly unoriginal, because it doesn’t feel like a tribute to Police’s “Roxanne” so much as a direct ripoff.

Few songs ever performed on the show felt more forced than this song about angels having sex, which didn’t make any sense within the context of the episode. That knocks it down the list despite being the good kind of stupid.

Mel’s very own, sweet Sesame Street-style song about her sex dreams with the band makes perfect sense in the episode and for her character. Doesn’t rank highly for replay-ability though.

If you ever feel badly about yourself, do not ask Bret and Jemaine to try and make you feel better, unless you can laugh at yourself. Still, this one is a lot of fun to sing along with.

This is half of a song, but that half is so wonderfully absurd it still deserves to make the top 30.

This pitch-perfect R. Kelly parody would be even higher if it weren’t so intimately tied to the events of the episode. You can listen to this on its own, but it’s not as funny if you don’t know what happened in the episode.

An ’80s style, high-octane epic love song that works as a parody of “Total Eclipse of the Heart” while still being completely original. Better if you watch the video with it.

We’ll get to their better, more famous David Bowie parody, but this ’80s synth-inspired track is a dead-on parody, especially the “lazy” references to the decade’s famous figures.

This is an obvious parody of “Devil Woman” without sounding like it. In fact, this much faster, higher tempo song works as a great satire of ’70s rock.

This spoof of The Beatles‘ later, LSD-heavy tracks is sneakily one of Flight of the Conchords’ funniest songs lyrically. They are a combination of complete and total nonsense along with great set-ups and punchlines.

It is still TOTAL CRAP this mixed-genre song about The Lord of the Rings didn’t get used at the end of The Hobbit trilogy. The fact this only comes in at number 22 is more a testament to how many amazing songs this show had.

The insecure Bret and Jemaine were always funny when singing about false confidence. This is another parody of a specific song (The Black Eyed Peas’ “My Humps”) that manages to avoid sounding like a direct copy.

Calling something “stupid” isn’t usually a compliment, but it is for this song about appropriate boundaries. (If you haven’t heard it before, that might sound problematic, but it’s not.)

Bret and Jemaine doing a rap song about people being mean to them is probably the point on this list where you can listen to any of these songs on repeat and not get tired of them.

Yes, this technically is a “real world” song, but since it is just the two of them it fits the general vibe of their fantasy world songs. Plus it’s too good to be excluded from this list. The last section is one of the show’s funniest moments.

Murray’s other song is great musically, and one of the funniest from the show. That’s actually why it doesn’t rank even higher, because the lyrics and the end (when Jemaine comes in to do a dance breakdown) work so much better in the context of the episode. Jemaine’s unfinished lyrics might be the single best payoff to any joke in the series. I wish I could watch this episode for the first time again.

It doesn’t matter whether you speak French or not, because this jaunty little song’s amazing premise is obvious enough. This would earn the number one spot in the best song titles list, because “foux du fa fa” is total nonsense.

If this seems low, remember: we’re going by the TV series version of these songs. Unfortunately while still great this is probably the worst version of this song they ever recorded. It’s too good not to be funny, but it doesn’t pop the way it does during the One Night Stand special. This version is just so much better, and in the discussion for their best song ever.

This sincere ode featuring a very tortured analogy is a perfect capper to the episode, but it is just as funny by itself. The end of this track is one of the most fun FotC songs to sing.

Brown paper, white paper
Stickin’ together with the tape
The tape of love

Hall & Oates have so many great hits, and yet if they had recorded this sexy number about wanting to bring joy to every woman around the globe it would be in their top five. Maybe top three.

A catchy dance song about…well, like, you get it…featuring an assist from Arj Barker’s underappreciated Dave works perfectly within the episode and on its own.

This self-censoring song is probably the single most impressive performance on the show. They keep making lyrics disappear, and each time it gets funnier and funnier. By the end, Bret is basically making a few unconnected sounds coherent. Musically this is also one of the series’ catchiest tracks.

Great in the episode, great on its own, and totally hysterical. Why don’t dance clubs start playing Flight of the Conchords?

Just like with the next song on the list, this suffers from the same problem as the show’s “Hiphopopotamus vs. Rhymenoceros,” but on a much smaller scale. They had already done a better version of it on HBO, but this is still a fantastic rendition and worthy of being in the top ten for the series.

This super silly song about super serious issues is lyrically their best song ever. (“What are your overheads? and “Can somebody please remove these cutleries from my knees” belong in a museum). Not sure if this would rank higher if we never heard the One Night Stand version, or if this is too high because we know how good that one is, but this is still amazing.

We would 100% listen to Bret’s lost two-hour cut of “Coco’s Song,” but we’re more than thrilled with the shorter, sweet, crasser version Jemaine helped him re-write. This qualifies as a “real world” song on the show, but it fits perfectly within this list.


Our final “real world” song (they make an actual music video), “Robots” is so good it should have turned the fictional band into fictional superstars.


Somehow this song manages to simultaneously be both a perfect homage to and parody of David Bowie’s entire career while also being catchy and hilarious.

This is the greatest Pet Shop Boys song ever.

A hilarious, perfect track with one of the best executed sequences in series history (the episode was directed by Michael Gondry) that is also one of their most enjoyable songs musically.

The only thing more amazing than the first song in show history being one of the absolute best in the entire series is that it’s not even the best song from the pilot. You’ll be listening to this song for the rest of your life.

That song is so funny it makes our eyes sweaty with laughter.

TAGGED: Flight of the Conchords 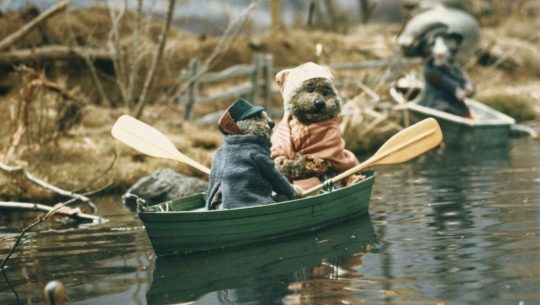 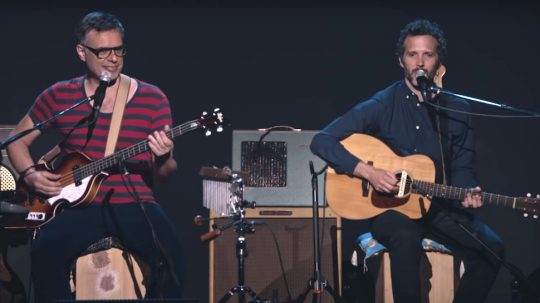 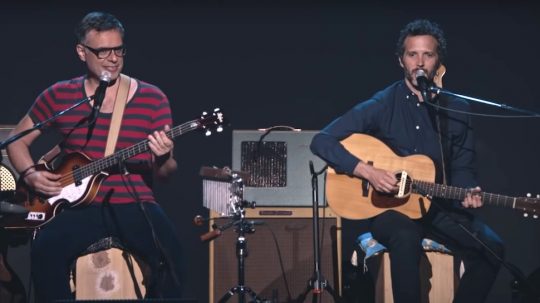 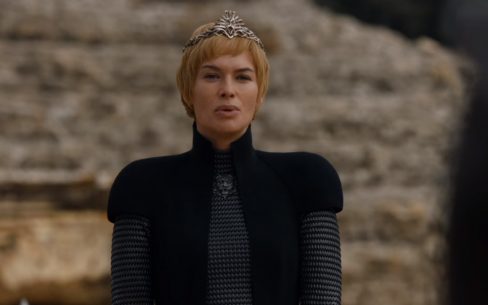