This week’s The Flash #50 concludes the four part Flash War storyline. It’s not only an ending to that story, but a culmination of almost everything series writer Joshua Williamson has set in motion since he took over the title at the beginning of DC Rebirth two years ago. It’s a whole new beginning for the Flash mythos as well. Flash War sees Wally West, Barry Allen’s nephew and heir to the Flash legacy, become a changed man. With his memories of his previous life restored–including the knowledge of his two children–he decides to run into the Speed Force to rescue his kids. But Barry Allen knows messing with the Speed Force can lead to disaster and races after his nephew to stop him. With the epic conclusion arriving today, we chatted with writer Joshua Williamson about the genesis of the entire saga. 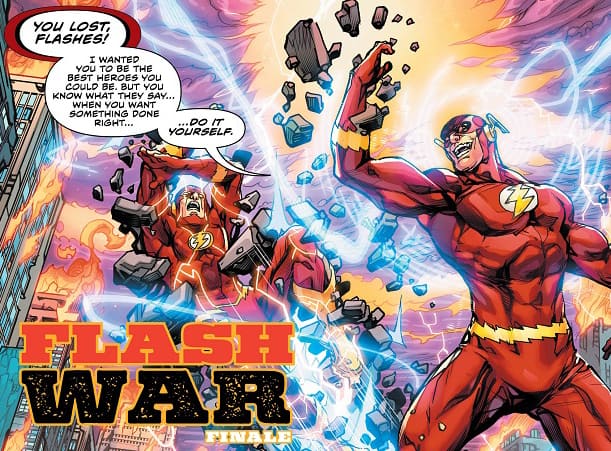 “I pitched the story twice. I just had questions, questions about Rebirth and its ramifications, and I know the readers did too,” Williamson shared with Nerdist. “But I was lucky in that I was in the room with the people behind Rebirth (and Wally West’s return) and I could ask them questions, and I started to think, ‘Something has to give on this right?’ And two years later, I pitched Flash War, and I said, ‘I know this is a crazy idea, but if we’re going to do it, we’re going to have to do it big.'”

And big it has turned out to be, with appearances by the Justice League, the Titans, a trip into the 25th century, and even hints of Crisis on Infinite Earths–a storyline famous for killing off Barry Allen for nearly 25 years.

“At one point I had a smaller version of this that I was working on, and DC was smart about it and pushed me into making it something bigger. They said we don’t have Flash events very often, so treat it like it’s a big deal. I’m a big fan of Geoff Johns’ Flash run, where he would do these really big stories; I learned from that to make the story as big as it could be,” Williamson said. 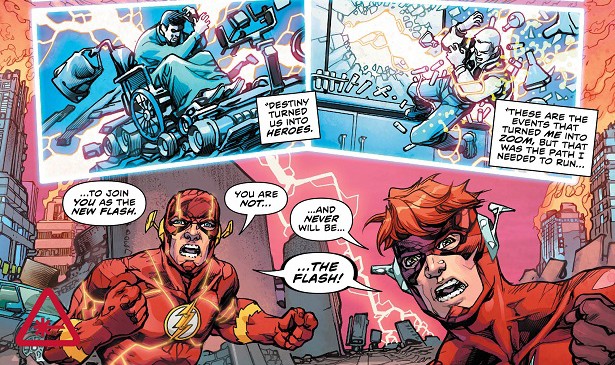 The most compelling thing so far about Flash War so far has been there has been no wrong or right side in the argument between the Flashes. While Barry might want Wally to learn from his mistakes when it comes to changing reality (see  Flashpoint), Wally wants to save his children from being consigned to oblivion. What parent wouldn’t do what Wally does? No clear side was exactly what Williamson was going for in this story. “That was one of things I wanted from the very beginning, making sure that the argument felt real, and that there was a compelling reason both ways,” Williamson told us. “It starts one way, where you see this conflict between Barry and Wally, and then we twist it around to show that ‘oh no, this really isn’t about Flashpoint. This is about Wally’s kids.’ I wanted fans to come into this thinking, ‘We’ve seen how this can go wrong.’ I wanted doubt, not only in Barry’s argument, but also in Wally’s.”

Howard Porter’s art has been another highlight of Flash War. Most famous for his epic run with Grant Morrison on JLA in the late ‘90s, we had to ask Williamson, who grew up with that run of JLA, how it felt to see Porter return to the classic League characters and for a story he wrote. He said, “It was so awesome. I’ve been a fan of Howard since he did The Ray. And I followed him from that book to eventually Morrison’s JLA. So I was always a big fan. And we worked together on Justice League/Suicide Squad, and this is the longest arc we’ve been able to do together. But it was awesome.” 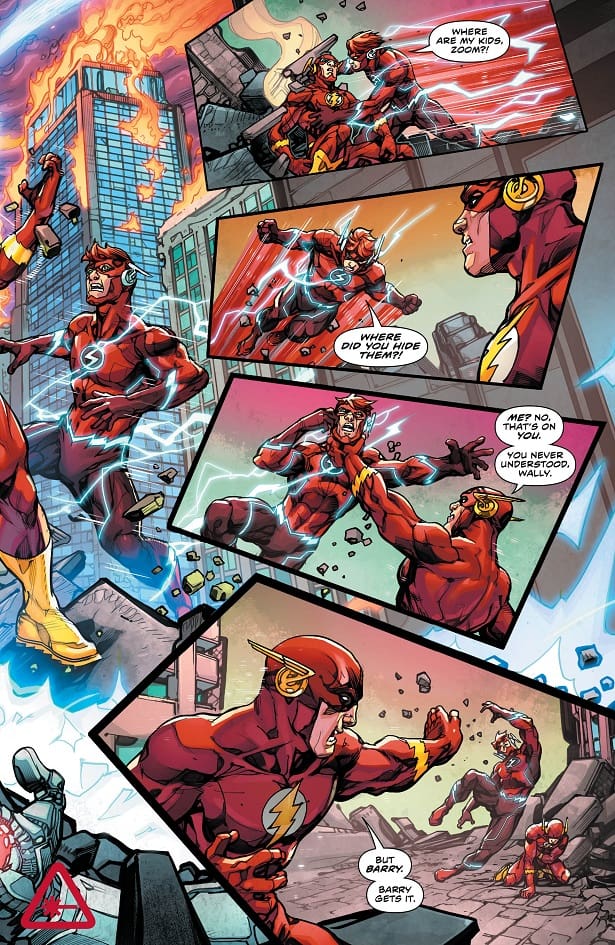 Maybe the most significant part of Flash War has been the revelation of the other elemental forces in the universe besides the Speed Force, like the Strength Force and the Sage (mind) Force. Much like when Johns created the various different colored Lantern Corps during his seminal run on Green Lantern, Williamson’s introduction of these other elemental forces, each separate yet connected to the Speed Force, is poised to be a huge game changer for the overall Flash mythology. And yet it all feels like a foregone conclusion.

“We weren’t sure how we were going to do it” Williamson told us. “We started to talk about the different Lantern Corps and came up with the similar idea of these different forces. But I feel like there have been hints towards them for years. When Mark Waid was writing Flash, he had Wally’s son Jai have the ability to increase his mass and become strong. It made me wonder if that was an early sign of the Strength Force coming in.”

He continued, “And Gorilla Grodd has always had mental powers, and he has always been connected to the Flash family in some way. Could his powers be an early example of the Sage Force, which is a mind power? Then there is also the Still Force, which they are introducing in Justice League. That’ll be a big part of The Flash over the next year, these new forces…and there may be more. Eventually Barry is going to have to investigate some of the things that are introduced in issue 50.” 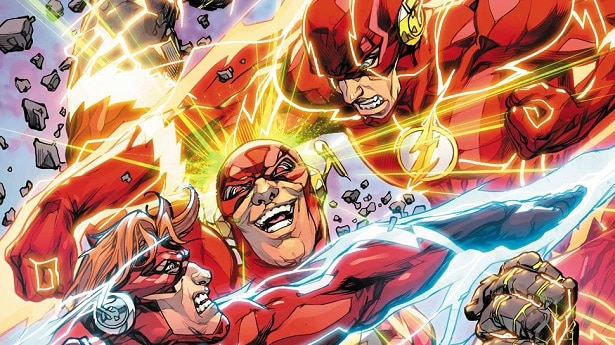 The conclusion of Flash War also brings back a long missing character to the Flash family, one fans have been clamoring for. Without getting into spoilers , Williams hinted that before he’s done with the world of the Flash, he wants to touch on every member of the extended speedster family. “Ever since I got the job, people have been wanting to know where other members of the Flash family like Jay Garrick, Max Mercury, and Jesse Quick are, and my answer to that is I want to write all of it. I want to touch every bit of the Flash mythology.”