Five Up and Coming Web Comics You Need to Know About

Web comics are a strange medium: series can run for years, pull off some incredible experiments in storytelling form, and yet go completely unnoticed by everyone except a devoted fanbase. While there are staples that everyone knows (xkcd, Homestuck, El Goonish Shive, just to name a tiny few) finding new, groundbreaking material that has not run for the past ten years is harder than you’d think.

After hours of searching and reading, I’ve put together a list of five “Up and Coming” web comics worth checking out. While there were dozens if not hundreds of other comics I could and still might recommend, I chose these five because because of their critical acclaim, relative newness (less than three years vs. ten years), trailblazing format, art or storytelling, and frankly, were really fun for yours truly to read. 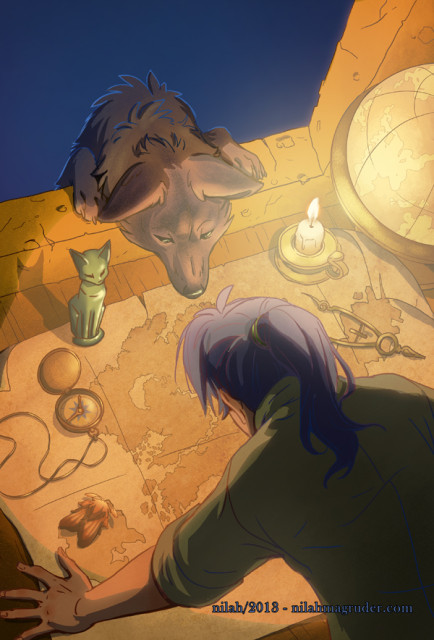 M.F.K. tells the story of Abbie, super-powered drifter who just wants to scatter her deceased mother’s ashes, and Jaime, a teen boy desperate to get out of his backwater town. With an art style that is equal parts Arabian Nights, Mad Max, and Avatar the Last Airbender, M.F.K. feels like a shonen manga without the excesses. Yes, you get your super powered fire fights, but you also get grounded characters with a unique world that still reflects real-life issues. Fans of manga, or even just mystical but down to earth stories should give it a look. 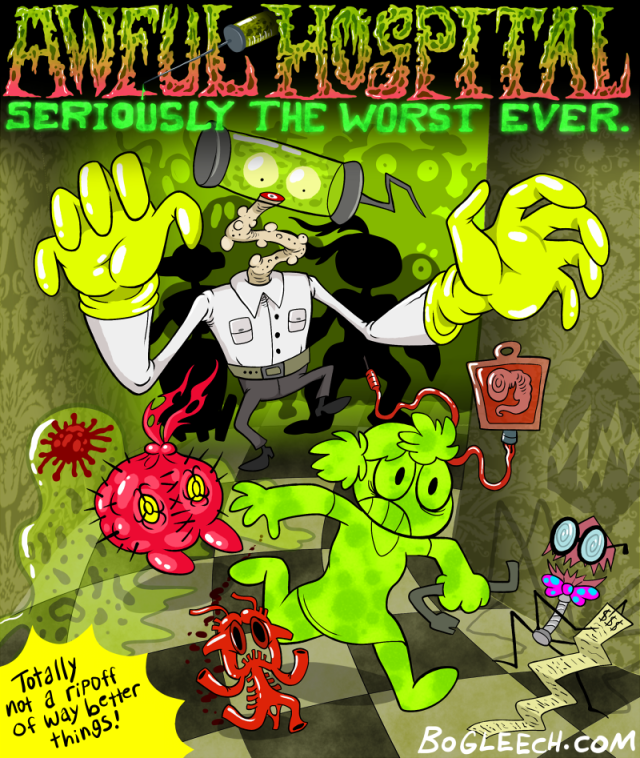 Imagine if you will, an art style that hearkens back to The Grim Adventures of Billy and Mandy. Imagine a comedy in that same macabre body horror/humor style, but with an adult edge. Imagine still that someone decided to start up another game of Twitch Plays Pokémon, except instead of Pokémon it was a web comic. Congratulations, you now have Awful Hospital, one the nastiest, most twisted and original series I’ve read in awhile. Centering on a woman who just wants to find her baby and escape the titular medical center, Awful Hospital isn’t for the faint of heart but if you can stomach it, is well worth a read to see what insanity this comic will throw at you next. 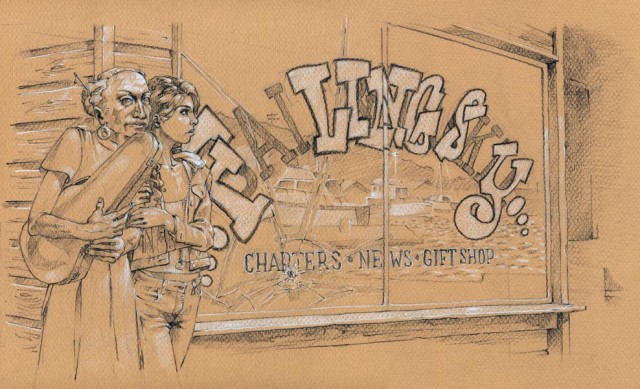 Every now and then you come across a work that takes form and convention, beats them over the head with a shovel, and then rearranges their sleeping bodies to take a beautiful picture. That is Failing Sky. A webcomic that goes from resembling a gorgeous oil painting to pastel water colors in a single panel; a webcomic whose plot is not a singular arc but a series of branching paths and side stories that you can explore at will. A story that, for all its groundbreaking features, is still heart-breakingly human and realistic. If you’re looking for real human drama done with superhuman skill, you do not want to miss this.

A GHOST STORY by Bea

While it may not be a critical darling—or the most original premise—A Ghost Story has one great strength in my book: it’s fun. Following Maxine and Jack, a pair of broke, unlicensed “exorcists for hire,” A Ghost Story hit all the right buttons for me. From its noir-ish black and white art, its leads ripped straight out of a screwball romance, or its mastery of flipping from comedy to horror on a dime,  A Ghost Story is a fun, easy read, especially when you’re in that Ghostbusters/Shawn of The Dead sort of mood.

I was admittedly hesitant about this one, but twenty pages in, I was hooked. The Last Mechanical Monster tells the story of an grizzled Superman villain just out of prison who decides to rebuild his robot army to take revenge on society. Of course, he’ll have to navigate a world that’s completely changed in the past sixty years in order to get the parts. What made The Last Mechanical Monster so enjoyable was how it seamlessly blended old and new. How it could look, feel, and read like a classic cartoon yet still have such modern sensibilities along with a quiet, haunting sadness to it. It may be a slow start, but The Last Mechanical Monster definitely proved to be a phenomenal story with time.


As I said earlier, there were a lot of great comics (Star Punch Girl, Runewriters) that I couldn’t fit on the list. Believe me when I say there is so much more fantastic stuff out there beyond these five. So feel free to discuss these five or give your own suggestions for “Up and Coming” web comics in the comments below. Happy Reading!