Five D&D Magic Items Every Adventurer Should Own - Nerdist

Five D&D Magic Items Every Adventurer Should Own

The Dungeons & Dragons Multiverse is full of bizarre spells and crawling with improbable monsters, but don’t be fooled—there’s a lot of dangerous stuff out there! Adventurers and #Critters out there need to be prepared for anything—these five phenomenal magic items from 5th edition D&D will help keep your character from becoming a heroic smear on the dungeon floor. Note that this isn’t a “best of” list. Not every adventurer has access to a luck blade or a rod of lordly might (snicker). These items are the cream of the crop for adventurers between 1st and 6th level who are just establishing themselves as heroes.

If you’re geeky enough to be reading this article, you’re probably geeky enough to think of at least a dozen ways you can use an immovable rod. Hold this foot-long iron bar, click a button, and now it levitates perfectly in place. Being chased through a dungeon by a horde of drow? Shut the door and permanently lock it with the rod! Tie an enemy to one and you have an instant prison. Get two and make an infinite ladder. The possibilities are endless! 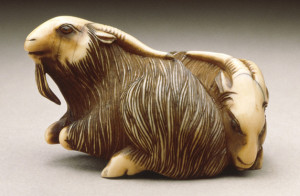 Anyone who’s read the adventures of the (in)famous Drizzt Do’Urden knows about figurines of wondrous power. His animal companion, the black panther Guenhwyvar (it’s pronounced like Guinevere), was an onyx figurine that could be transformed into an animal on command. Low-level adventurers will love the three ivory goat figurines. Using a magic item to create a goat of traveling, a goat of travail, and a goat of terror may sound silly, but their powers are incredible for a group of novice adventurers. Their horns can be removed and used as enchanted weapons! You gain a mount that doesn’t eat and never tires! And one projects an aura of pure fear into  the hearts of your enemies. The trolls your Dungeon Master throws at you are no match for these three billy goats gruff!

Instruments of the Bards (Cli lyre)

Is your bard constantly mocked for strumming a lute in the middle of a fight? Do you want to play some literally face-melting riffs? That’s where the many instruments of the bards come in. Like the figurines of wondrous power, there are many types of instruments of the bards, all named after famous bard colleges within the world of Dungeons & Dragons. The best one for low-level bards is the Cli lyre. Only bards can use it, but it grants fantastic magical powers for you to use while strumming along—spells such as fly, invisibility, and even wall of fire! 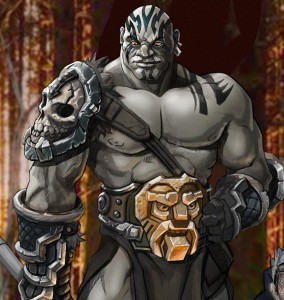 You’ve always wanted to be a dwarf, right? Don’t lie, everyone wants to be a dwarf. Why else would anyone willingly grow a beard or drink beer? (Even Wil plays as a dwarf.) The belt of dwarvenkind is pretty good for dwarves—it pumps up your Constitution (and thus, hit points, which are important) and gives advantage on checks to interact with dwarves—but it’s even better for non-dwarves. Non-dwarves get all of those things, but they also start becoming more dwarf-like. They instantly learn the Dwarvish language. They gain the ability to see in the dark and resistance against poison! And best of all, they have a 50% chance of instantly growing a full beard at dawn, or growing a noticeably thicker beard if you already have one! Now that’s value. 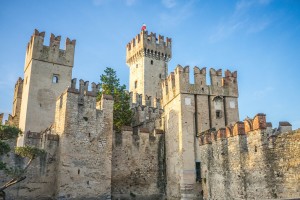 Have you ever envied a turtle? They carry their home around on their back and it protects them from predators that want to kill them and eat them. Wouldn’t it be great if you could do that? Daern’s instant fortress is a 1-inch iron cube that, when a command word is spoken, instantly grows into an adamantine fortress, complete with arrow slits and crenelations! Perfect for withstanding a rampaging horde of orcs or taking shelter in from an angry remorhaz out on the Endless Ice Sea.

There are a few magic items out there that are excellent that every adventurer should have, but just aren’t as fun as the 5 above. The amulet of health gives squishy wizards a fantastic Constitution bump, helping them survive the early levels. Similarly, the ioun stone of awareness is excellent because enemies can no longer surprise you in combat. Double Runner-up The humble 10-foot pole! Little brother to the 39-and-1/2-foot pole, the 10-foot pole isn’t a magic item—it’s just a 10-foot-long rod of wood or metal—but being able to trigger traps without being anywhere near them is invaluable. This little guy is a literal life-saver. It gets even better when you find a collapsible version. Much easier to carry. What are your favorite magic items? Are there any you or your DM have created for your own campaign? Let us know in the comments below!