The DORA THE EXPLORER Movie Reveals a Title and Poster - Nerdist

The DORA THE EXPLORER Movie Reveals a Title and Poster

It is the nature of explorers like us to be curious. So when we heard initial word that a live-action Dora the Explorer movie was en route, we were eager to learn what such a thing would look like.

In the summer of ’18, we were introduced to the young star who’d be bringing Dora Márquez to life in the flesh, Isabel Moner (details on her casting below). And now, we’ve gotten not only a look at the film’s first official poster, but also a proper title: Dora and the Lost City of Gold. 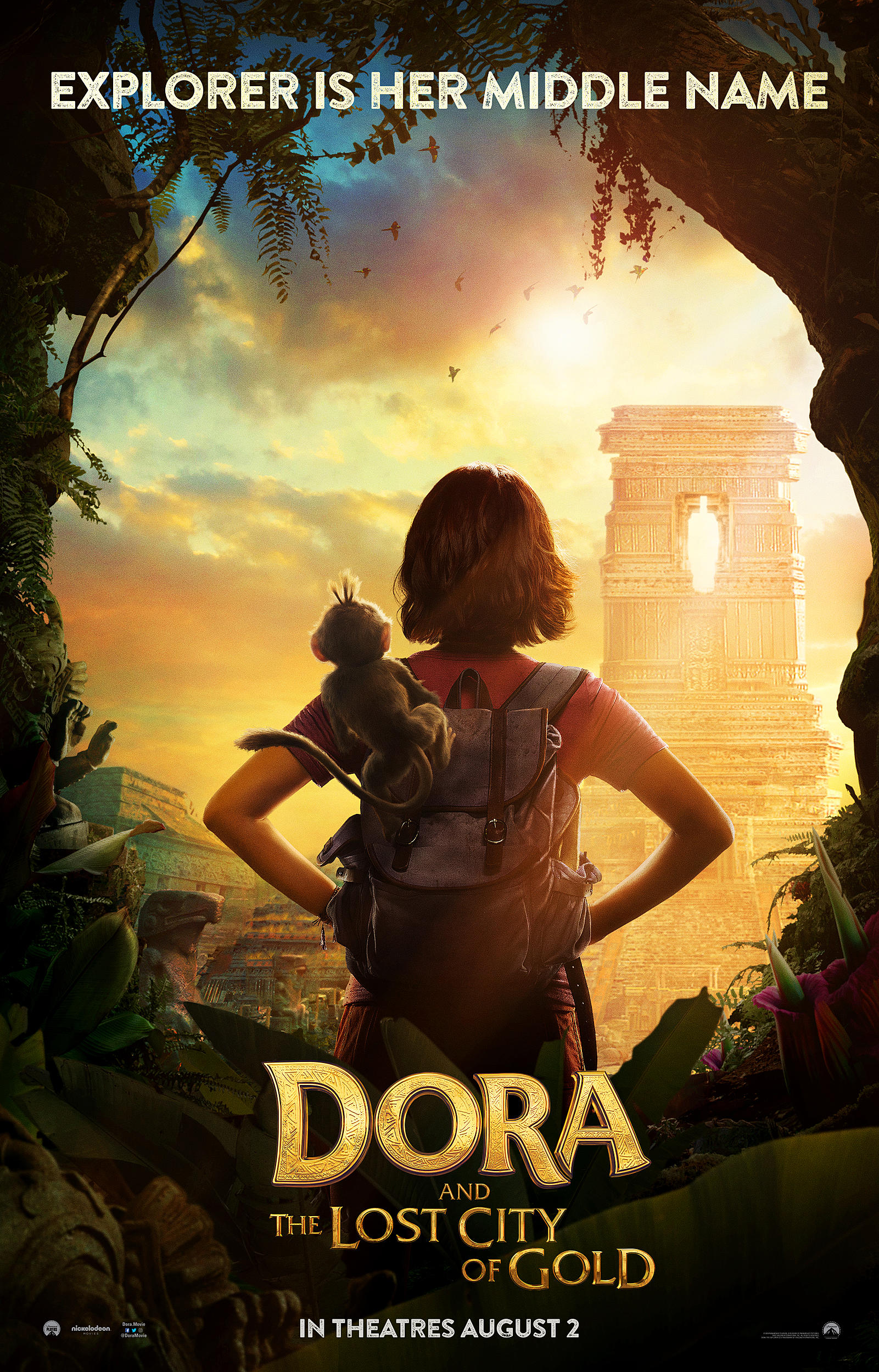 A pretty obvious El Dorado reference, which means that Dora’s career of exploration will finally meet its true potential.

And yes, we too are vexed by the poster’s tagline: “Explorer is her middle name.” If that’s true, seems like her parents kind of pigeonholed here straight from the start. Think of how differently things would be had she been born Dora Actuary Márquez, or Dora Grief Counselor Márquez. We can dream.

8/10/18 – In the summer of 2018, actress  Isabela Moner navigated the dark world of  Sicario: Day of the Soldado alongside Benicio del Toro and Josh Brolin.

However, Moner’s next film will have a considerably lighter tone when she steps into the title role of Dora the Explorer. As reported last fall, Michael Bay was producing the first ever live-action Dora the Explorer movie based upon the beloved TV series with the same name. Bay is no longer producing, however, so Dora will not be involved in any Bay-hem.

Moner shared the first image of herself in costume as Dora via her Instagram account, and it looks like the young heroine is essentially still wearing the same clothes she wore as a child.

Paramount followed up on that picture by announcing the beginning of principal photography for Dora the Explorer, which is being filmed on location in Gold Coast, Queensland, Australia. The story places Dora in high school after spending most of her life accompanying her parents on adventures. But this won’t strictly be a story about Dora’s period of adjustment, as she’ll reunite with her monkey, Boots, and go on a jungle quest to save her parents and discover the fate of a lost civilization.

What do you think about the first image of Moner as Dora the Explorer? Let us know in the comment section below!