This is a painful thing to admit, but Diagon Alley is not real. No matter how much we want to visit Eeylops Owl Emporium or Weasley’s Wizard Wheezes, we can’t. The closest any of us will ever get to visiting the magical retail center is at a Universal amusement park. Those are fun, but the wands they sell at their Ollivander’s don’t actually work. (Trust us, we’ve tried.) But soon muggles will get the next best thing—their own retail center for all of our wizarding commerce needs. Warner Bros. is opening the first ever official Harry Potter flagship store in the home of MACUSA, New York City. 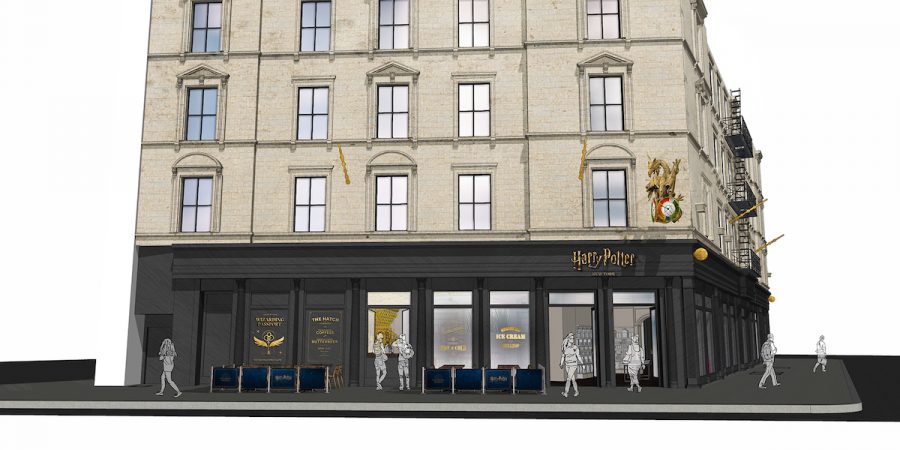 Warner Bros. has announced it will open a massive store dedicated to all things from the Wizarding World. The three-story center will open later this year at 935 Broadway in Manhattan. That’s next to the famous Flatiron building. The store will feature more than 20,000 square of anything and everything fans of the Boy Who Lived could want from the magical world. With three more Fantastic Beasts films still to be released, we’d also expect the store to become the center for all new merchandise for the movies. From Warner Bros. official press release announcing the store:

“Opening in Summer 2020, the store will house the largest collection of Harry Potter and Fantastic Beasts products in the world under one roof with everything from personalised robes and Bertie Bott’s Every Flavor Beans to a brand-new range of house wands with a design exclusive to the New York location.”

We’ve spent way (way) too many bronze Knuts, silver Sickles, and golden Galleons on Harry Potter merchandise over years. And we know we will spend plenty more in the future. But the chance to buy even more wizarding world products is not why this is exciting. There are numerous places, both brick-and-mortar and online, to satiate all of our Harry Potter needs. It’s not like we have to visit Times Square if we want to buy M&Ms. We are far more interested in the physical store itself. It sounds like it will also be designed as a sort of de facto playground for fans. 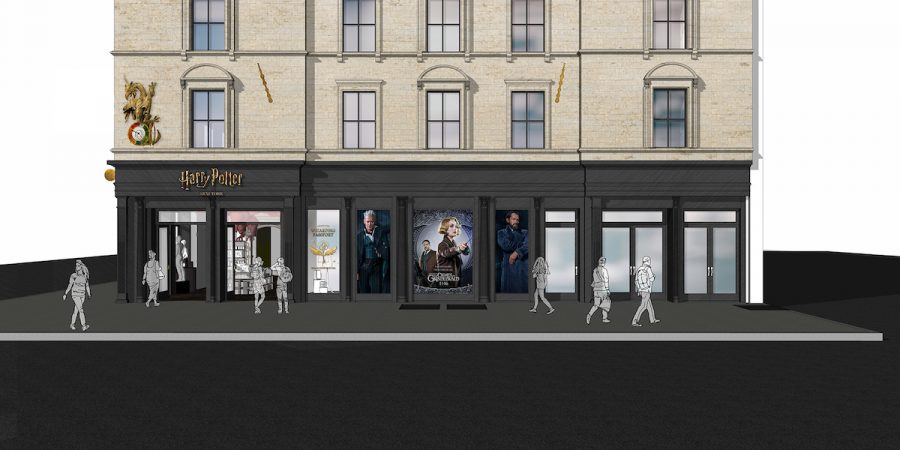 Warner Bros. says visitors to the flagship center will also be able to “engage with interactive experiences” and have a chance for “numerous photo opportunities as they step into the magic.” We don’t know what exactly those will be yet. There are no artist renderings of what the inside of the store will look like yet, and even the outside design could change before opening. We do have some suggestions for possible attractions and experiences Warner Bros. could include though:

–A life-sized statue of Hagrid we can pose with
–A green screen area with a “flying” broom we can sit on while wearing a Quidditch robe and reaching for a floating snitch
–Nifflers, including plenty of baby nifflers, literally everywhere
–A virtual reality dueling experience