This Handshake Simulator Game Reminds Us We're All Lonely - Nerdist

This Handshake Simulator Game Reminds Us We’re All Lonely

We’re more than a year into the COVID-19 pandemic, an event that fundamentally shifted how we interact with people. Perhaps forever. Things that once felt mundane and everyday now come with an air of caution. Who knows when it’ll feel normal to once again stand in a crowd at a concert. Or hug friend in a park. Thanks to vaccines, we’re slowly stepping out of the house more and more. But some behaviors we once took for granted will take some time to get used to once again. Like a good old-fashioned handshake, for instance.

It’s that logic that likely inspired A Firm Handshake, a new minigame that came out this week. (We first heard about it on DesignTaxi.) The game, designed by Torfi Ásgeirsson, is exactly what it sounds like. In it, users appear as a businessman dressed in a brown suit. You approach other businessmen dressed exactly like you and shake their hands. But that’s just level one. As the thing progresses, new—and sometimes bizarre—things appear and happen. At one point there are Sumo wrestlers? 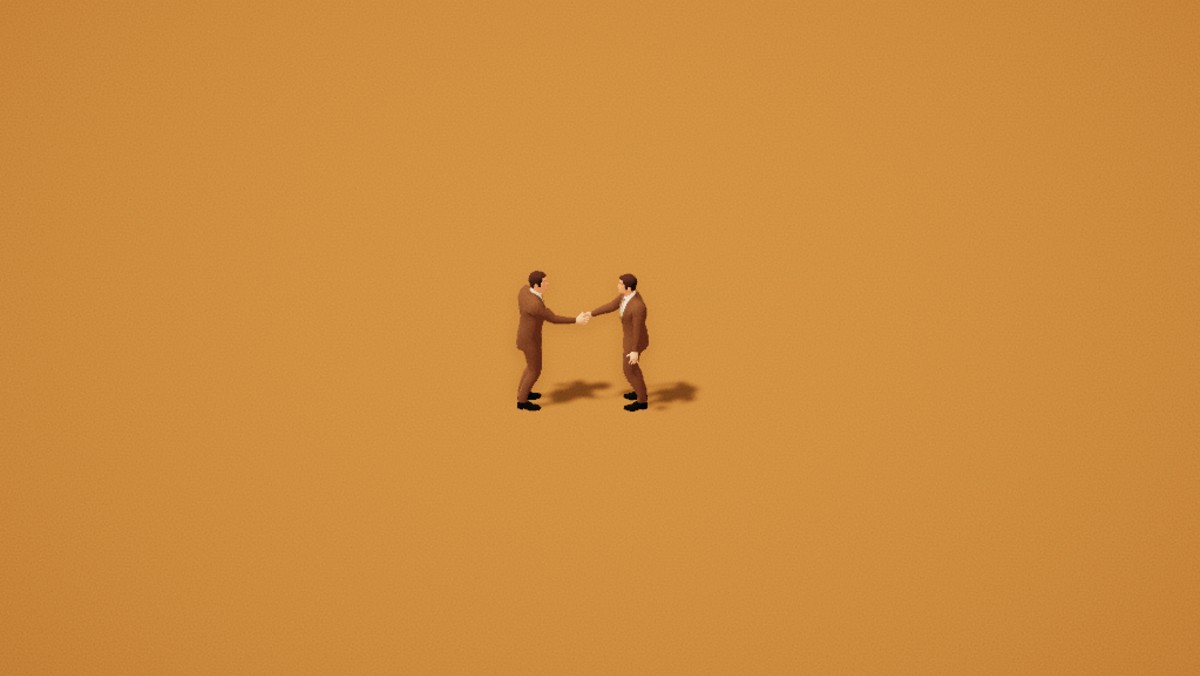 But there’s also something serene and quite beautiful about this simple handshake game. It’s also totally free, which is always a bonus. You can download it here, and it’s available on Windows, macOS, and Linux computers. The comments on the download site are almost 100% positive, with many noting how strange the game is. Others noted that it’s “surprisingly emotional.” We have to agreed there. You can see more of that the game has to offer in this walkthrough video from YouTube user FullThrough.

Maybe one day soon, walking into the world and interacting with fellow humans won’t feel like an alien experience. Who’s to say how quickly things might return to normal, or if they ever really will at all? Until then, we’re happy to have special little games like A Firm Handshake to make us feel that connection again.