It’s one the most heartbreaking moments in Joss Whedon’s Firefly saga: the moment in the Serenity, series’ big screen finale when our favorite pilot Hoban Washburne—better known simply as “Wash”—is impaled with a Reaver harpoon towards the film’s climax. Wash, who was played on the show by Alan Tudyk, was a bright ray of sunshine in a ship of not always friendly individuals, and his death was a blow that most Browncoats have just never gotten over.

But now it seems we might be getting not only Wash’s backstory in comic book form… but also the story of Wash’s afterlife as well? According to a report in i09, BOOM! Studios, are releasing a new graphic novel telling of the life and times of Wash. Ethan Young wrote the graphic novel, which features art by Jorge Corona. In Firefly: Watch How I Soar, Wash will see his entire life flash before his eyes in the moment of his death. This means we’ll now learn how he met his badass wife Zoe, his beginnings as a pilot, and his first encounters with those who would become his family on Captain Mal Reynolds’ ship. 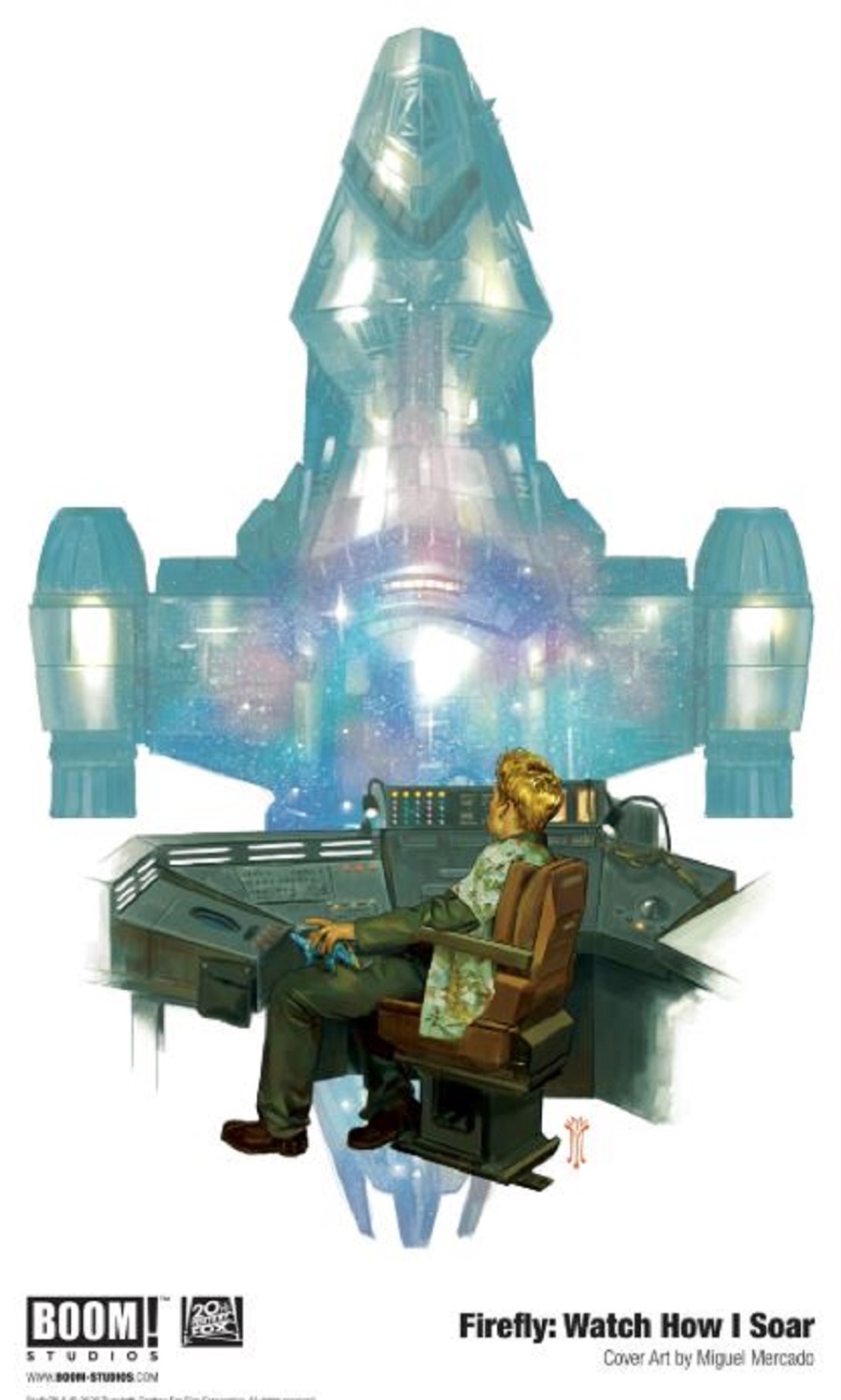 But here is the weirdest part. It seems that BOOM! is hinting that the graphic novel will end with the reveal that as he takes his last breath “Wash will reach out to connect with a surprising someone he never thought possible… proving that some bonds transcend this mortal coil.”

So, just who could that someone be? Well, my guess is that his guide would be none other than Shepard Book. He’s the spiritual guidance type, and he also died in Serenity. It would make the most sense for it to be him. We will have to wait and find out when Firefly: Watch How I Soar hits comic shops in November.