Earlier this summer, it was announced that the Firefly comic rights have jumped from Dark Horse to Boom! Studios, and in the process, the comics have seemingly left the Serenity-era stories behind. Now, the first preview pages of Firefly #1 have arrived, starting with a glorious image of the Serenity in flight… and it’s already on fire! 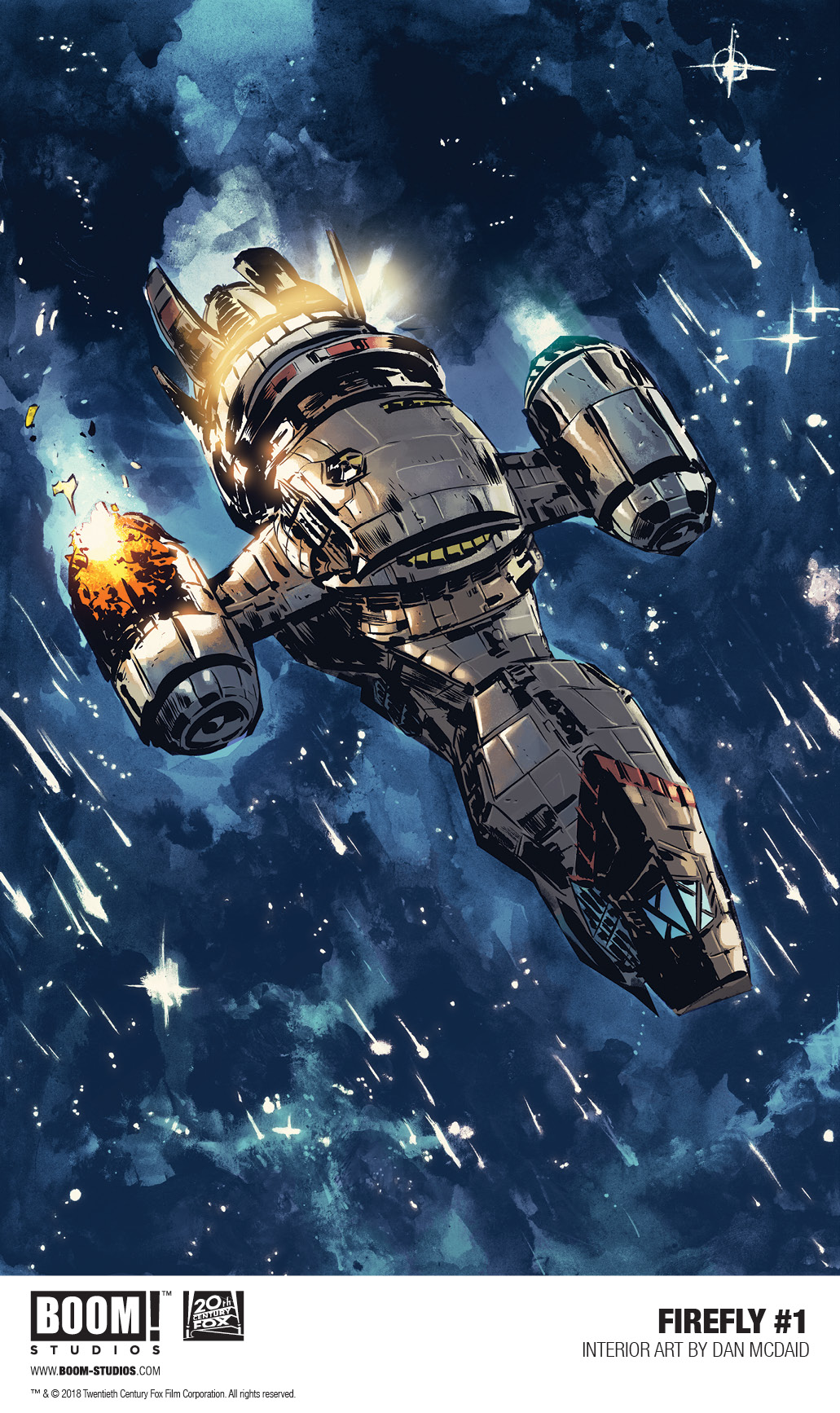 Greg Pak and artist Dan McDaid are the new Firefly creative team, and the second page offers a glimpse of the ship before tragedy befell the crew. That means Wash is back as the pilot, although there’s currently no sign of Inara Serra, Shepherd Book, or River and Simon Tam. 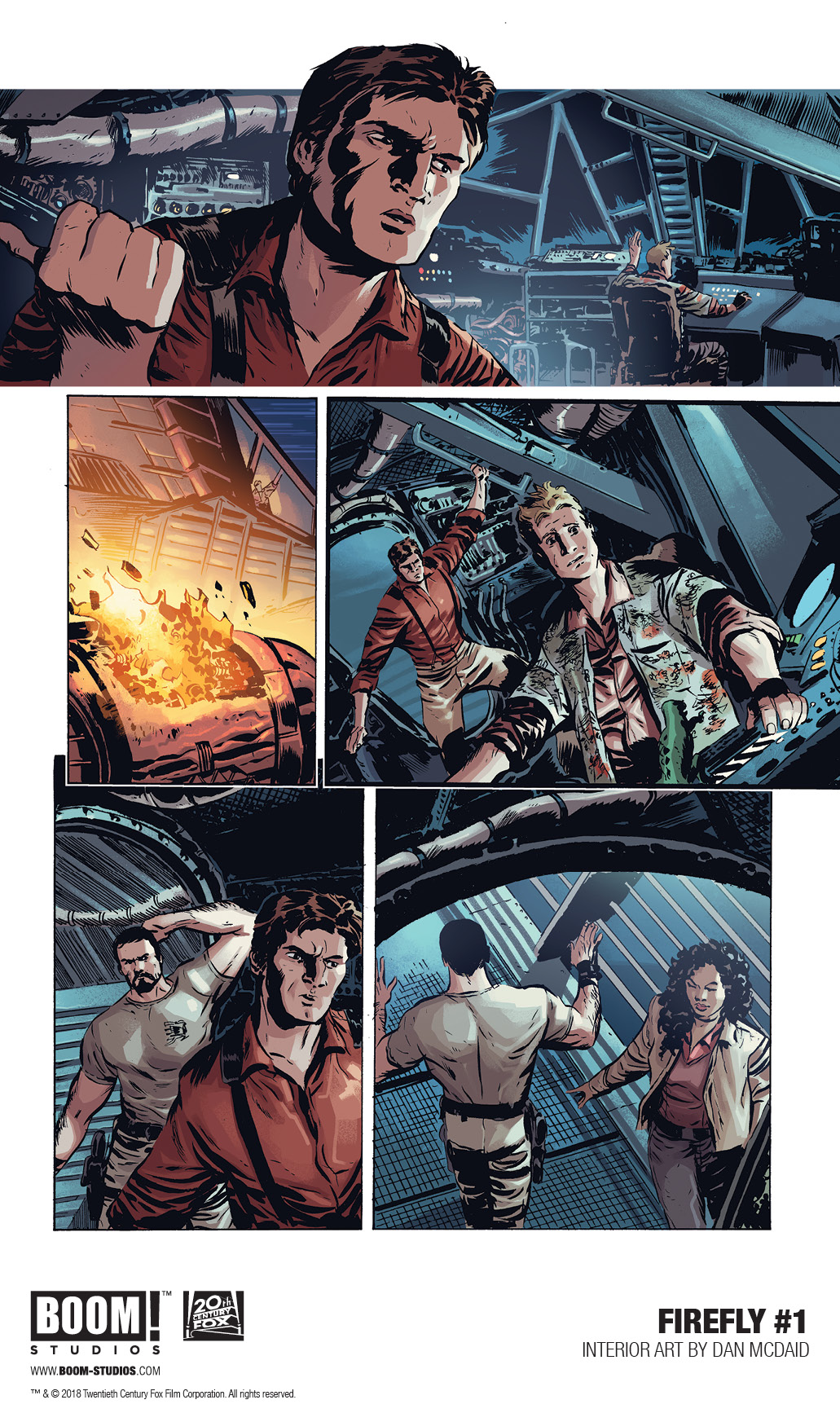 Kaylee is on hand to confront the fire in the third page, but it may be beyond her ability to control. 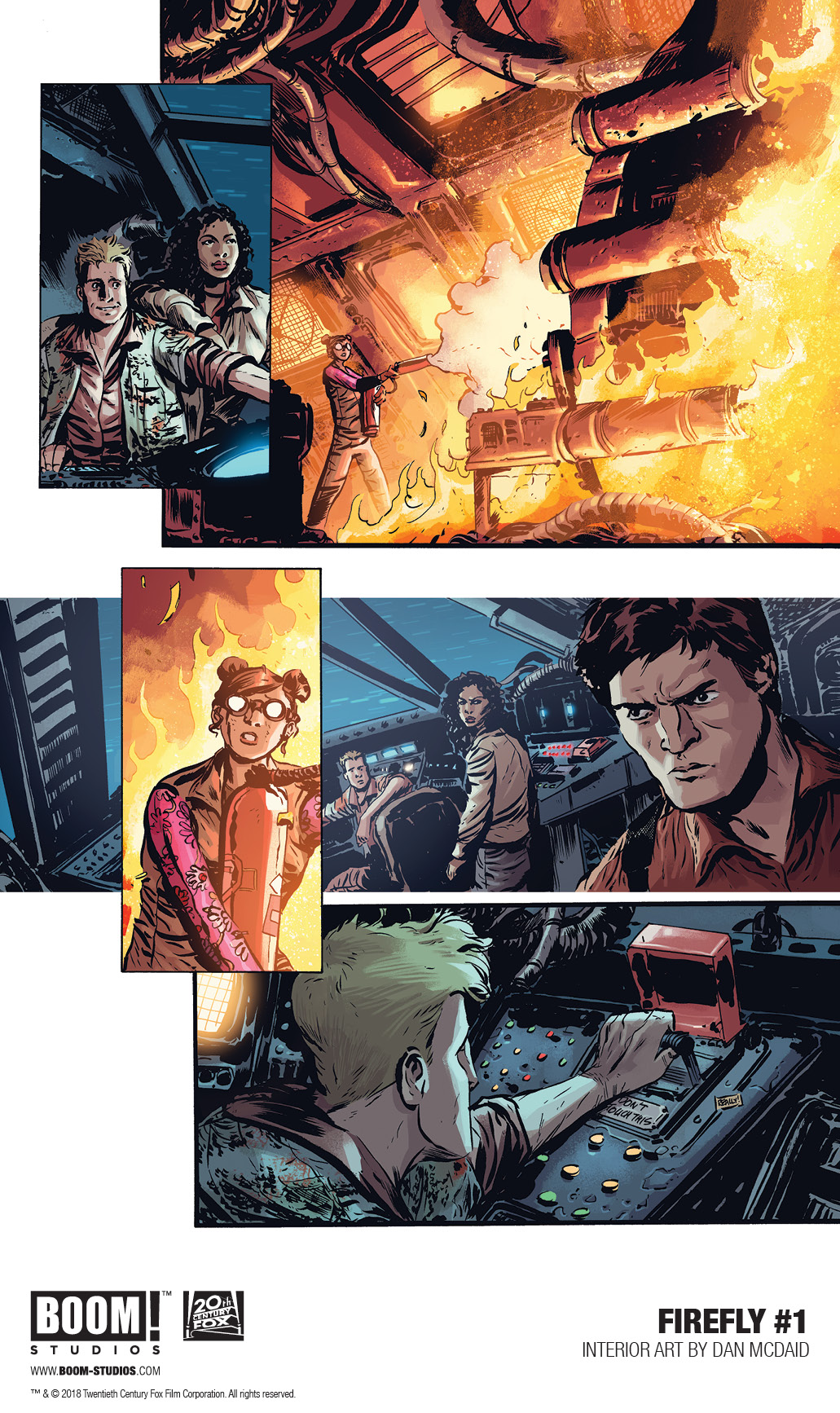 J.G. Jones’ variant cover for the new Firefly ongoing series teases the new Unification War storyline. Fans of Joss Whedon’s cult classic show may recall the intergalactic civil war between the Browncoats and the Alliance that ended badly for the Browncoats several years before the series started. The first arc in the Firefly comic will look back at Mal and Zoe’s days as Browncoat fighters before they were utterly defeated in battle. A few of the Serenity’s other crew members also appear on this cover. 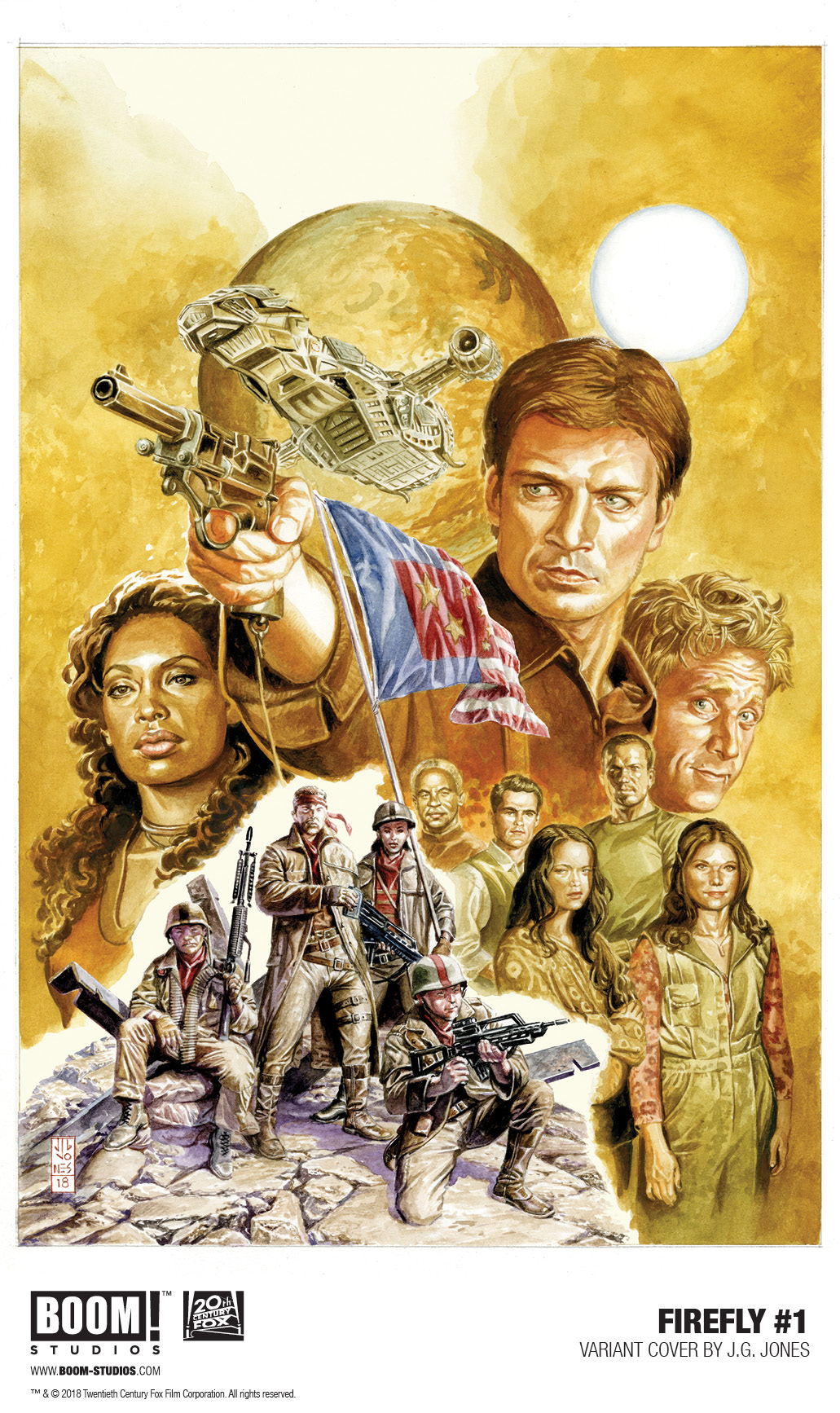 Boom! Studios also offered new hints about the first arc, which will involve Mal and Zoë facing a bounty on their heads for their actions during the war. The Unificators, a deputized gang of mercenaries, is coming after them, and the rest of the crew may be caught in their crosshairs as well. 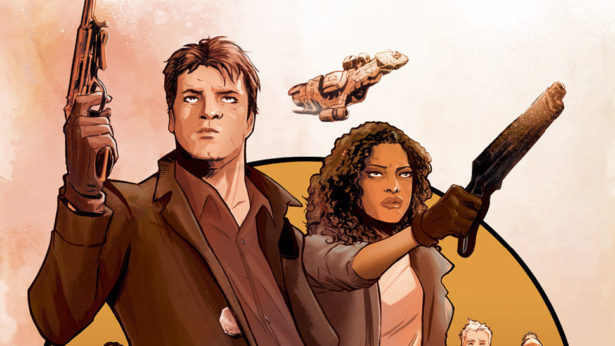 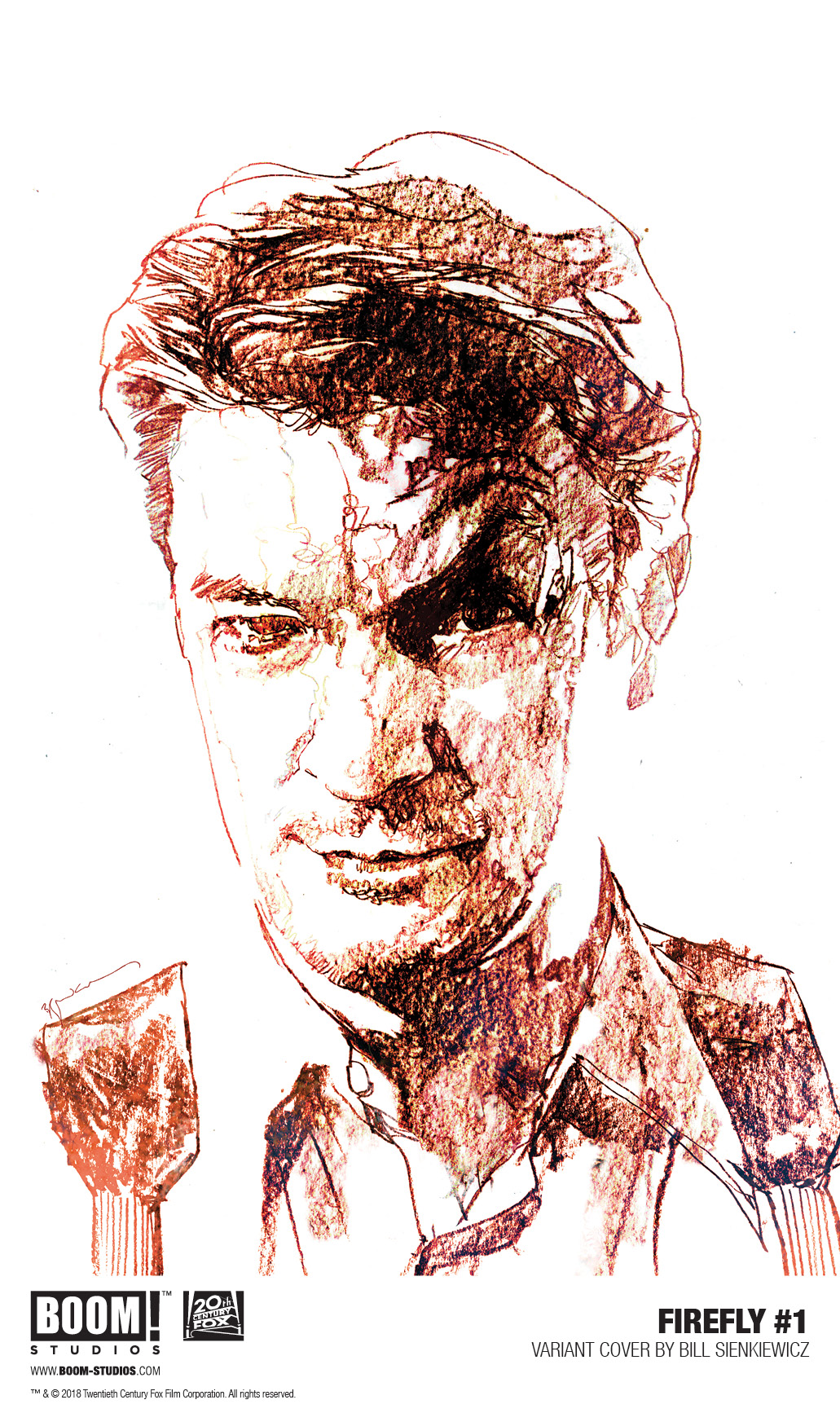 Firefly #1 will be released on Wednesday, November 14.

What do you think about the first look at the new Firefly comic? Let us know in the comment section below!