FINAL FANTASY VII REMAKE Is As Breathtaking As Keanu Reeves

The Final Fantasy VII Remake presentation at Square Enix’s E3 press conference on Monday evening cleared my skin, cured my depression, watered my crops, and saved the Planet. It looks as good as that one guy thought Keanu Reeves did when he appeared like a glorious, handsome wraith at Microsoft’s conference on Sunday. But tonight was all about Final Fantasy VII Remake. The dynamic duo of director Tetsuya Nomura and producer Yoshinori Kitase took the stage to offer our most comprehensive look yet at one of the most anticipated video games of this year’s E3.

The scale and scope of this game honestly sounds insane. When the original came out in 1997, it encompassed a then-outrageous three discs. Final Fantasy VII Remake looks to push the bar even further.

“Remaking Final Fantasy VII has allowed us to dive much deeper in to the world and its characters than ever before,” said Kitase to the assembled crowd. “The game design was optimized for this title as well, and we anticipate two Blu-ray discs’ worth of gameplay content.”

Remember when it was announced that Final Fantasy VII Remake would be released episodically? It seems that is still the case, based on Kitase’s comments.

“The first game in this project expands on the story of Midgar, and is such an elaborate retelling that it’s become a standalone game in its own right.”

For a sense of just how good this remake looks, take a peek at this side-by-side of Aeris in 2019 versus Aeris in 1997:

The presentation also revealed new details about the game’s combat mode, which will be a mixture of Final Fantasy XV‘s real-time hacking-and-slashing and Final Fantasy VII‘s classic ATB (Active Time Battle) mode, which offered a more turn-based method of deciding how to best obliterate your opponents.

As you land basic attacks with Cloud’s sword, you slowly fill up an ATB gauge. When the gauge is completely full, you can activate ATB, which essentially freezes time, giving you a tactical view of the battlefield and letting you take your time to make a decision. 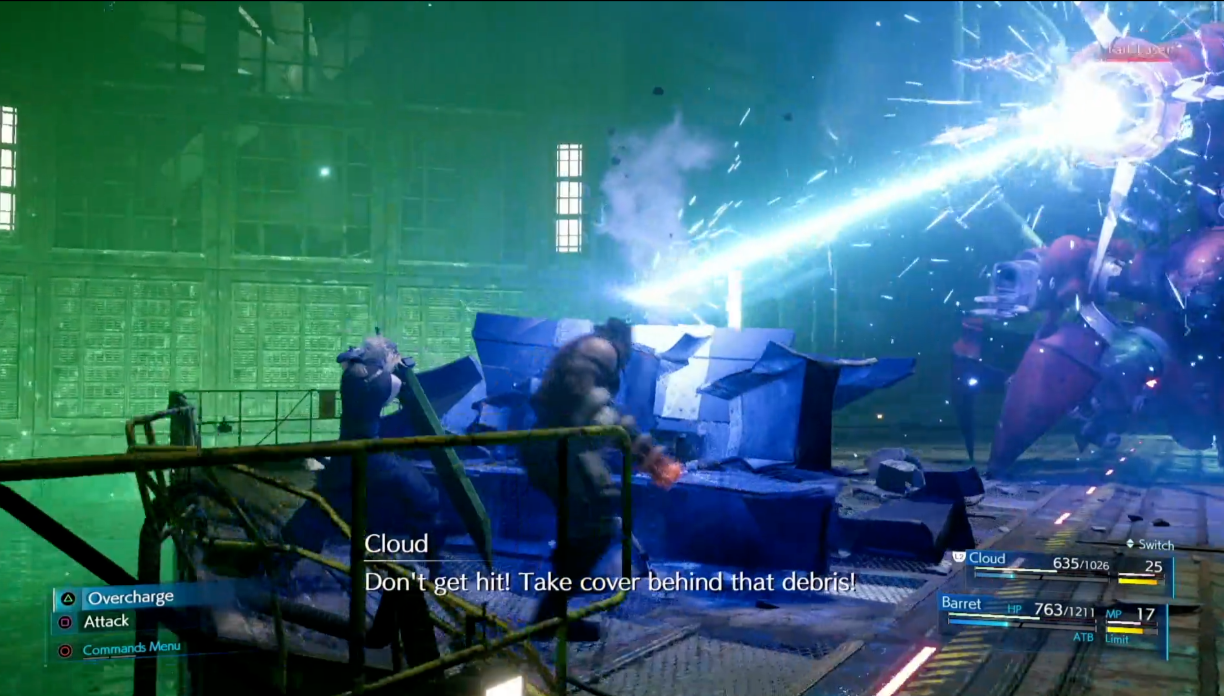 You will be able to switch between party members with the push of a button, and the gameplay presentation gave us a look at Barrett, Aeris, and Tifa in action. They will keep fighting and assisting you even if you aren’t actively controlling them, but when you use ATB, you can issue specific commands to them even if you’re not controlling your allies directly.

The combat designers have also included new innovations like the ability to take shelter from attacks behind cover. During a battle with a massive scorpion-shaped tank in the bowels of a Midgar power plant, Cloud and Barrett avoided getting incinerated by a nasty-looking laser attack by hiding behind some debris. 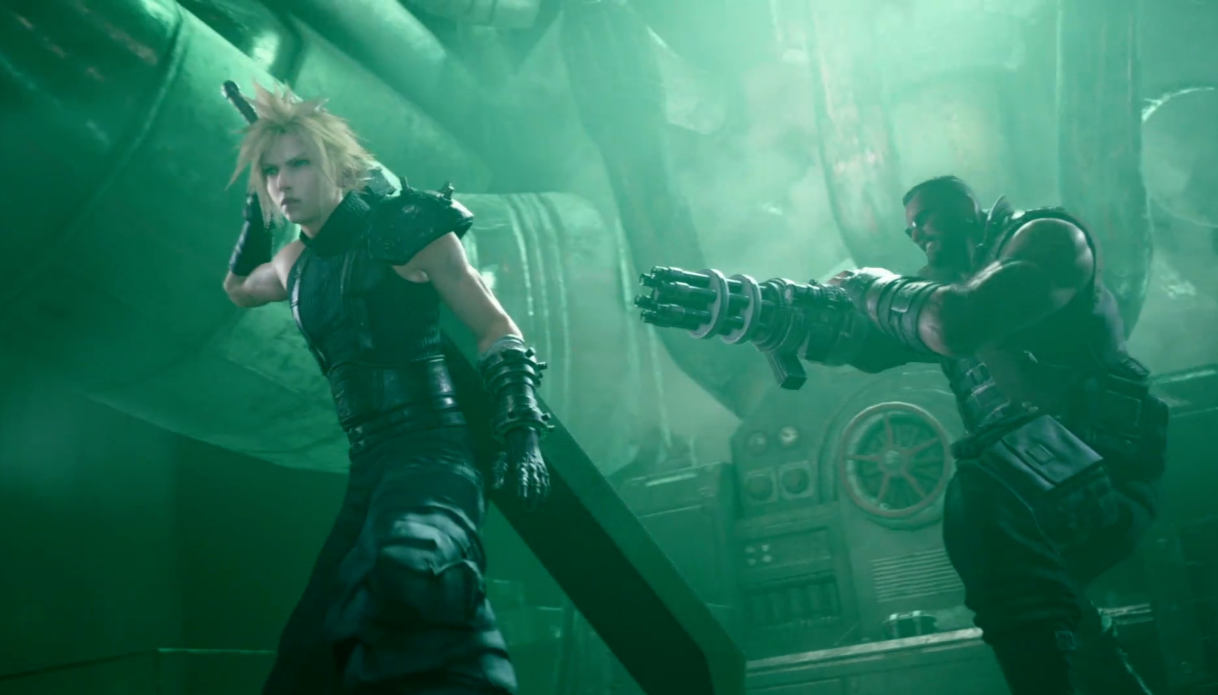 In a press release, Square Enix confirmed the voice cast:

In case you missed it, you can watch the complete presentation here:

The first part of Final Fantasy VII Remake comes out on March 3, 2020.