FilmStruck Is Dead But Its Mission Lives - Nerdist

FilmStruck Is Dead But Its Mission Lives

When it began in 2016, FilmStruck seemed too good to be true: a curated collection of rare classic, independent, and foreign language films we just couldn’t get from the likes of Netflix or Amazon Prime. Each film was in the best quality available, with specially filmed introductions, extras, and supplements galore. A joint venture between Turner Classic Movies and the Criterion Collection, FilmStruck was a repository of not only movies, but film history, film scholarship, and film appreciation. But as of November 29, it will be no more, due to that most nefarious of villains, corporate restructuring.But so what? A streaming service folded–what’s the big deal? Well, it’s not as simple as that. TCM and Criterion are each massive resources and preservers of film, keeping alive movies you’d probably never see anywhere else. TCM is a cable network and Criterion is largely a Blu-ray and DVD company, yet they both embraced the future of the way people watch movies, not via terrestrial means or physical media, but through streaming. Together they made FilmStruck more than just a network or a DVD house, but a place where movie lovers could learn and experience things they couldn’t anywhere else. The movies were curated by human beings, not an algorithm designed to drive your eyes to whatever’s new, fabricating popularity. In a world where the major streamers were producing their own massively expensive shows and movies, FilmStruck was putting their efforts into quality and not quantity. 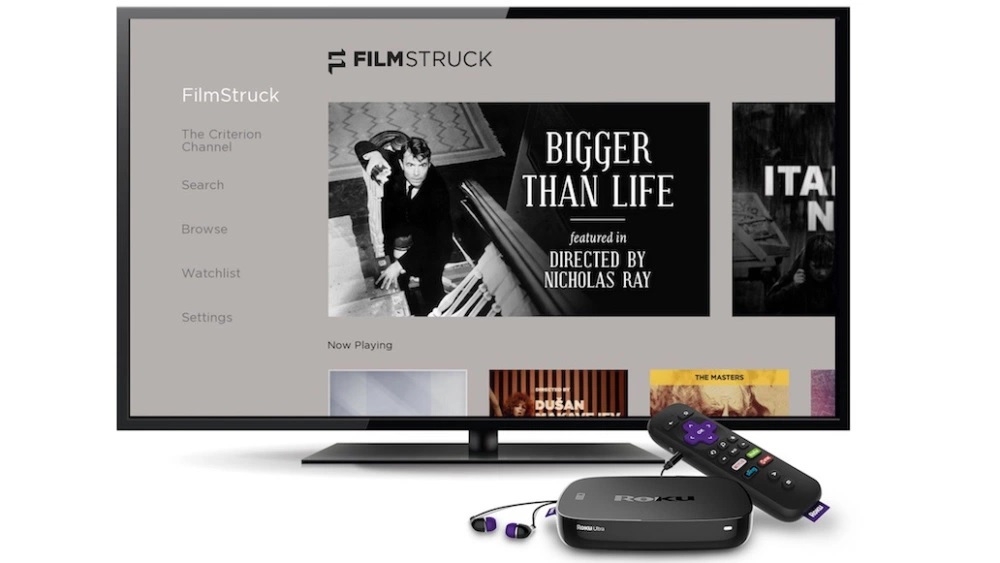 And that might be why it was so easy for parent company Warner Media to close it. After the massive outpouring of love and support for FilmStruck, including several open letters to Warner Media from a cadre of the biggest and most important filmmakers of the day, the conglomerate said a different service akin to FilmStruck would be part of their forthcoming streaming package. “Package,” meaning a shotgun-style bundle of streaming channels–most of which people will never watch–likely launching as a way to compete with Disney’s much ballyhooed service. To the big corporation, a FilmStruck-type service will make an enticing addition to their “collective portfolio.”But it won’t be FilmStruck, not exactly. The Criterion Collection has already announced they’ll be launching their own service–essentially their half of FilmStruck–sometime in 2019 as a portion of the Warner service. But the beautiful harmony of Criterion and TCM will be gone.

And yet, I can’t help but take a bit of comfort in knowing that the sensibilities and care that made up FilmStruck don’t seem to be fading away. The sheer number of people working within the industry and elsewhere who’ve come out to help FilmStruck since the announcement is enough to feel hope that we’ll get something like FilmStruck again in the future, a service with the sole intention of preserving and disseminating classic and important works of art. Though it’s a loss for now, FilmStruck shuttering will only shore up passion later on.Movies are the defining artform of our lifetime, and though it’s become as risk-averse and commercial as ever, making obscene amounts of money with flashy stories to appease the masses, it’s also the best and most consistent method for exploring humanity and beyond. FilmStruck understood that, and from its ashes can only spring a greater appreciation.