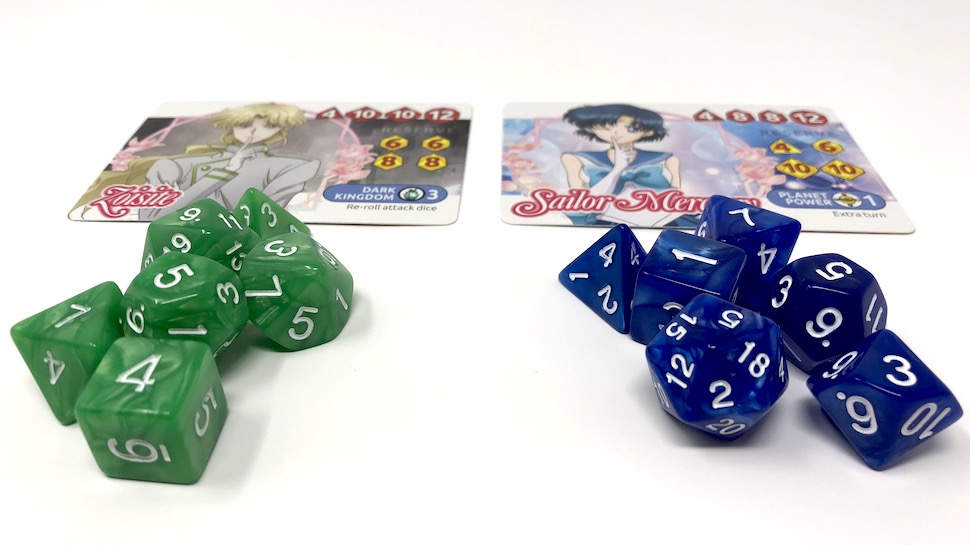 Challenge Queen Beryl, Kunzite, Jadeite, and more as your favorite Pretty Guardian, or be the cackling villain yourself, and roll the dice to make the magic (attack) happen.

And, it’s not in the rules, but we like to think you get bonus points if you yell amazing phrases like, “Venus Love Me Chain!” as you roll.

Sailor Moon Crystal Dice Challenge is a dice game for two to eight players, ages 10 and up. A complete game can take anywhere from 5 minutes to an hour, but typically goes pretty quickly. Players choose one of 24 Sailor Moon Crystal guardians, their allies, or villains, and select the four dice shown on the top right of their character card. For example, Sailor Moon has two d8s, a d10, and a d20 in her arsenal. 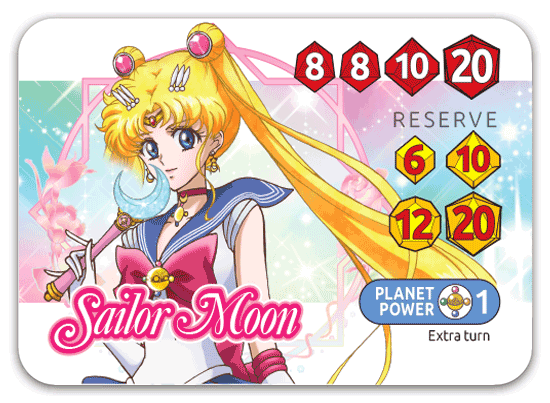 Then the players roll their dice, and the fight begins! Add up the numbers you rolled to capture your opponents’ dice with either a power attack or a skill attack; score is calculated at the end of the round based on the type of dice you took from the other players. (A d20 is worth 20 points, a d12 is 12 points, and so on, regardless of the number rolled.) Dyskami offers a detailed explanation in this how-to-play video.

What’s In the Box?

Sailor Moon Crystal Dice Challenge pays thoughtful attention to making the game social without making it completely awkward. Inside the box you’ll find unique Sailor Moon lanyards designed to carry your character cards to conventions and game stores; you’ll recognize fellow players by the similar lanyards around their necks. Then you can hand them a challenge card with a chibi Sailor Moon character—you don’t even have to strike up a conversation if you don’t want to!—and it’s time to roll. 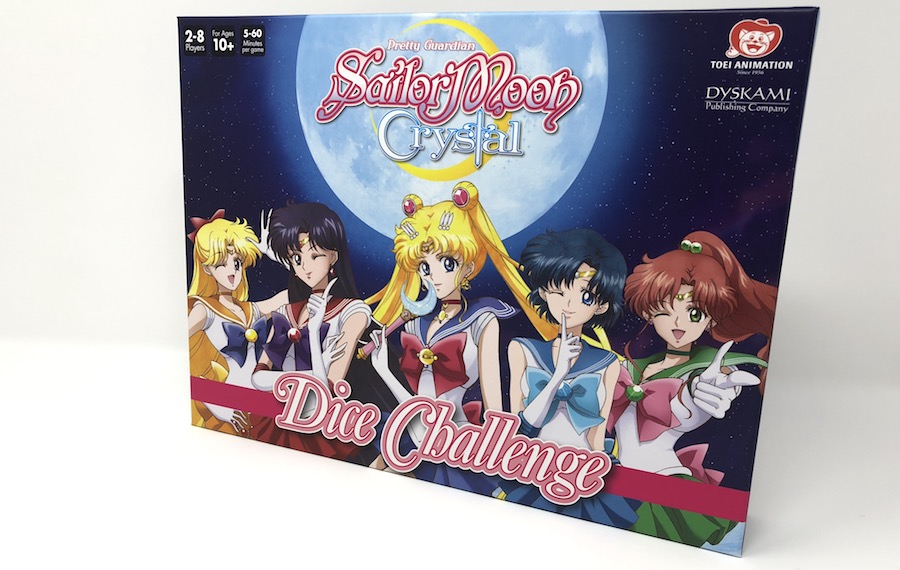 The instructions also helpfully include variations for team play and tournament play.

Get In On the Moon Tiara Action

If you’re looking for a fast game to play, this is definitely one of those dice games that can be used to fill the time between the more involved games on game night. It’s also a great pick for families. With a fair amount of math, I think it’s best suited for the recommended ages, as adding up the numbers in combat is a vital part of the game. (If you want to sneak in some math practice for the kids, Sailor Moon Dice Challenge is practically perfect for it.)

There’s some strategy for using a character’s special ability, along with choosing whether to use a power attack or a special attack, as you have to re-roll your own dice after you do so. That little bit of depth is a necessary addition to an otherwise uncomplicated game. 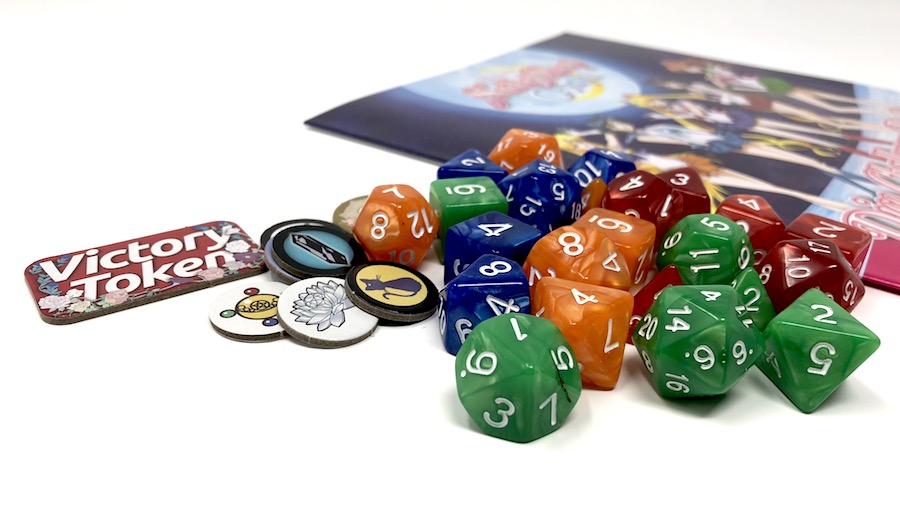 The gorgeous art is the most eye-catching component of the officially licensed game. While the dice game itself is a quick, fun play that doesn’t take much time to get the hang of, it’s the character cards that really hooked my nine-year-old’s attention. Not only did the game’s designs get her to sit down with me to play, now she wants to know all about the Pretty Guardians and their story.

Sailor Moon Dice Challenge is currently available to pre-order for $34.99 with an expected release date this summer. Pre-orders also come with an exclusive Sailor Pluto card that you won’t be able to get anywhere else.