It’s hard to make something that truly stands out when there are so many television stations and streaming sites. There are far too many scripted series to watch them all. But Noah Hawley‘s anthology “true crime” series Fargo on FX is one we never miss. After three great seasons, the show always delivers 1) an amazing cast, 2) compelling mystery, and 3) lots of laughs. The overly polite, snowy upper Midwest continues to be an incredible source for dark humor and heartbreak.

The only problem is the franchise has been so good our expectations for it are always sky-high. Each installment has a lot to live up to. But oh geez dontcha know that after seeing the first trailer for season four we’re optimistic it will reclaim its spot among television’s best. Mainly because it’s sending Chris Rock to the 1950s to battle for underworld supremacy with Jason Schwartzman.

“The fourth installment of Fargo is set in 1950 Kansas City, where two criminal syndicates fighting for a piece of the American dream have struck an uneasy peace. Chris Rock stars as Loy Cannon, the head of the African American crime family who trades sons with the head of the Italian mafia as part of tenuous truce.”

Season two of the series, which was arguably its best, was set in 1979, but season four will be going back even further. It will follow an African American crime family who escaped the Jim Crow South to set up shop in Kansas City. But they’re not the only ones who migrated there. Chris Rock’s Loy Cannon will reach an uneasy understanding with the Italian-Jewish crime family who also lives and operates there. To maintain peace between them, the two groups agree to something that sounds like it came out of Westeros: They exchange sons. Unfortunately things go wrong after the head of the Italian mafia dies during a routine surgery.

That will lead to violence, like it always does on Fargo. And also plenty of comedy.

But the show and movie have always been much more than just plot and famous faces. Absurd characters populate the world of Fargo. And there are plenty of those in this trailer too. That group includes a very “energetic” nurse, the only one who speaks with that upper Midwest accent we love. There are also two gun-toting women outlaws. They will likely help cause some of the unforeseen issues that always complicate matters for the main characters. 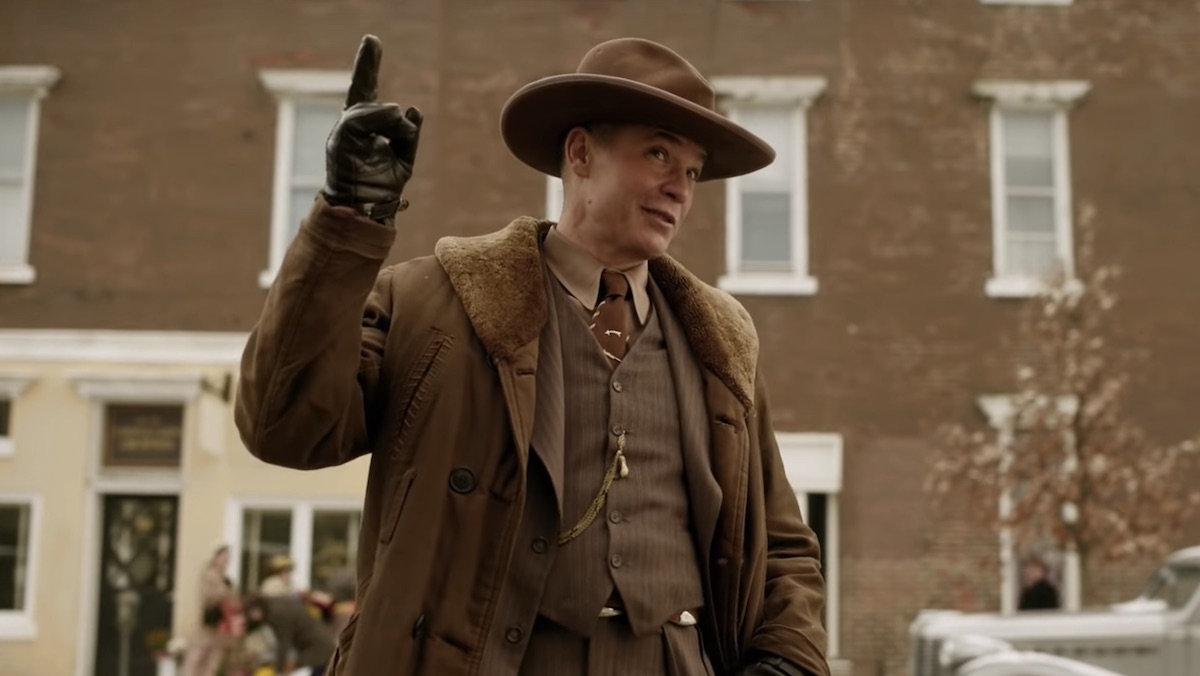 We’re also excited this season will be a period piece. The costumes and cars on display here are only going to make an already immersive world even easier to get lost in.

And of course there’s an amazing cast. Jason Schwartzman and Ben Whishaw play major figures in the Italian mafia. The always great Glynn Turman stars opposite Rock. And Timothy Olyphant plays Dick “Deafy” Wickware, a name so ridiculous I might need to be talked out of legally changing my own to it.

No one is talking me out of watching, though. There are a lot of shows on television we’ll never see. But Fargo is one we never miss.

Fargo season four premieres on FX this spring, on April 19. Episodes will then come to Hulu the next day.