11 Questions We Have After FANTASTIC BEASTS: THE CRIMES OF GRINDELWALD - Nerdist

11 Questions We Have After FANTASTIC BEASTS: THE CRIMES OF GRINDELWALD

by Michael Walsh
Warning: This post contains major spoilers for Fantastic Beasts: The Crimes of Grindelwald.For a movie with a whole lot of characters and subplots, The Crimes of Grindelwald raised far more questions than it answered. That’s not a surprise since there are still three more movies to come in the franchise, but it doesn’t mean we wouldn’t like a few answers now. From issues about the story we just saw, to topics we expect to be explored in the future, to curiosity about the “rules” of the wizarding world, here are the biggest questions we have walking away from the film.

This is the biggest question of them all. Was Grindelwald lying about Credence actually being Aurelius Dumbledore, the lost brother of Albus, so he can emotionally manipulate him to kill the “greatest threat” to Grindelwald’s cause? Or was he telling the truth, suggesting there’s a lot more to the Dumbledore family story than we ever thought? If so, is our crazy theory on how actually right? 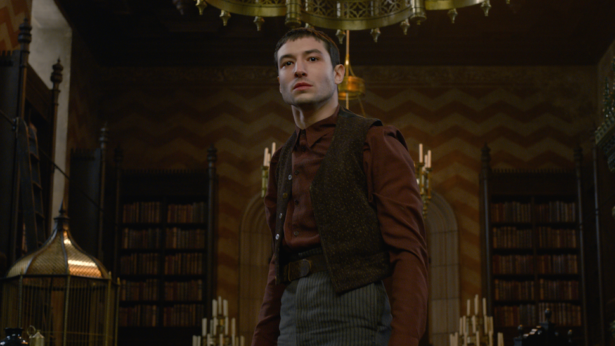 What does Dumbledore really know about Credence’s past?

Whether Credence really is Aurelius or not, Albus Dumbledore must know something about his past and real identity. He always has more information than anyone else, and he was going to great lengths to help keep him safe. Is that because he’s his relative or because he cares about saving everyone? Dumbledore is definitely ahead of us and we want in on his information. 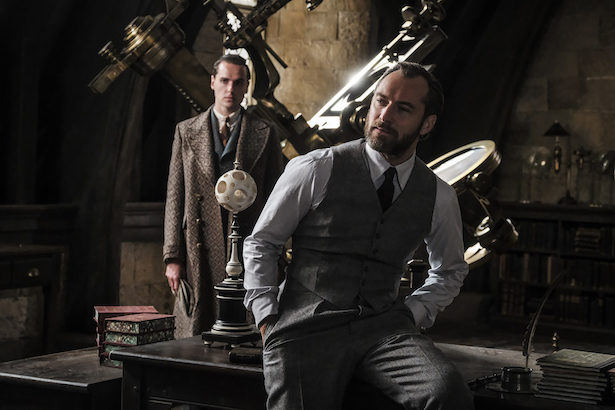 How much did Dumbledore know about Leta’s role in her brother’s death?

During their tense meeting at present day Hogwarts, Dumbledore mentioned the rumors about the Obscurial (Credence) being Leta’s lost brother Corvus. They then talked about the deaths of both of their siblings, followed by Dumbledore saying, “It’s never too late to free yourself. Confession is a relief, I’m told. A great weight lifted. Regret is my constant companion. Do not let it become yours.”Did he know exactly what Leta did as a child on that boat because he figured out what her Boggart was all about? Or did he just have a general sense she was angry because of something she did? Is it possible he was actually trying to get her to admit that Newt’s “accident” was really her fault, and Newt took the blame to protect her?

How old is Professor McGonagall in Harry Potter?

McGonagall wasn’t just teaching at Hogwarts in 1927, she was also there in the flashback when Leta and Newt wereÂ  students around 1910. So even if she started her teaching career at 19 years old, wouldn’t that make McGonagall about 100 years old when Harry Potter came to Hogwarts? If that’s accurate, she looked amazing for her age. 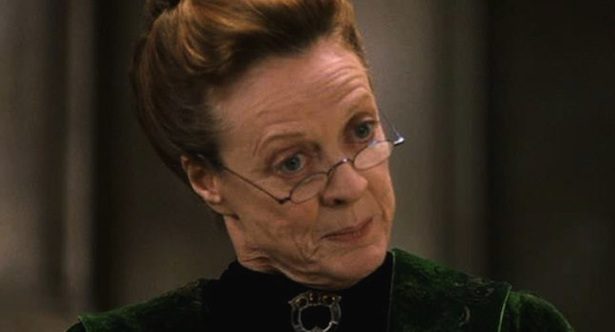 How do Sacred Vows work? What happens if it’s impossible to keep?

Yusuf Kama made an Unbreakable Vow to kill the person Corvus Lestrange Sr. loved most in this world, but then his son drowned before Yusuf ever got a chance. Didn’t that mean it was a promise that he could not keep? Why then did Yusuf Kama still show signs of having made one on his wrist? Why was he still being bothered by it years after Corvus Junior died? Are Unbreakable Vows self-inflicted magic? Does it stay in effect so long as you believe you have to fulfill it? Does it go away when you realize it’s impossible to? 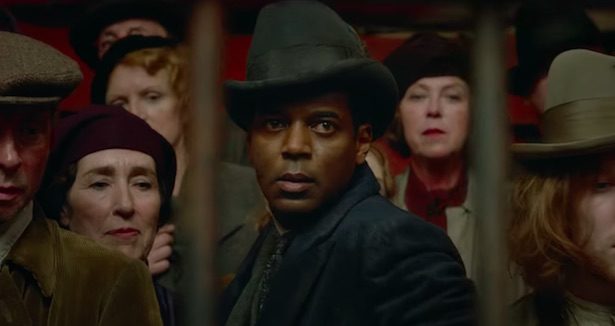 Who brought Credence to America?

We have a partial answer from the official script for the movie, which says Credence was brought over by his “aunt.” But who was she? Was she really his relative, or just what she was claiming to be? The answer to that question could help us answer every other question we have about Credence’s birth. 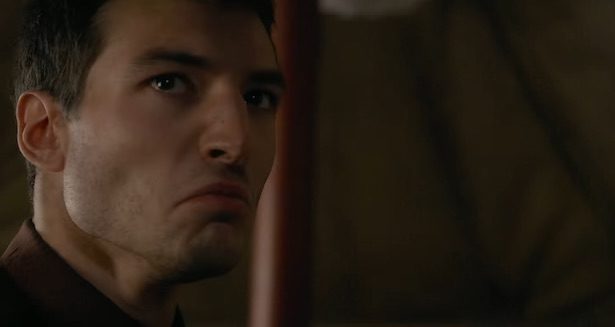 Who did Leta say “I love you” to before she died?

Right before Leta died, she turned to say goodbye, and the camera showed us Newt. Leta says, “I love you,” and the next shot shows that Newt is standing right behind Theseus. So who were those final words for? Which Scamander brother did she truly love? 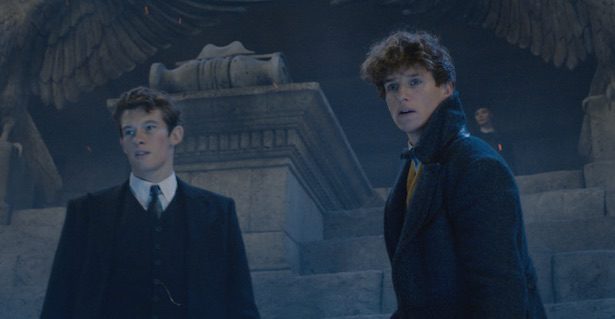 Why does Grindelwald have a glass eye?

He didn’t have it in the first film, but he had it when Dumbledore looked at the two of them as teenagers in the Mirror of Erised. Just an oversight changed after the first movie, or something else entirely? 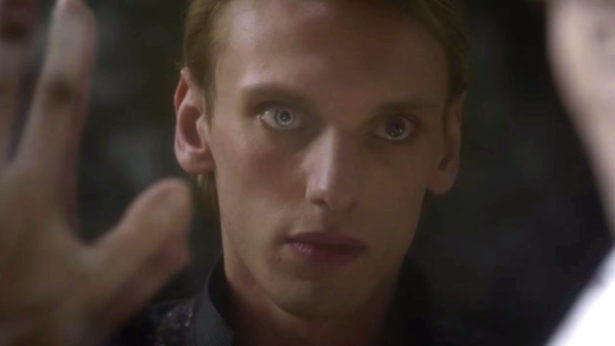 How does a Blood Pact actually work?

What happens if someone violates it? Is it like an Unbreakable Vow? Is it even possible to go against one, or does it totally prevent you from violating the agreement? 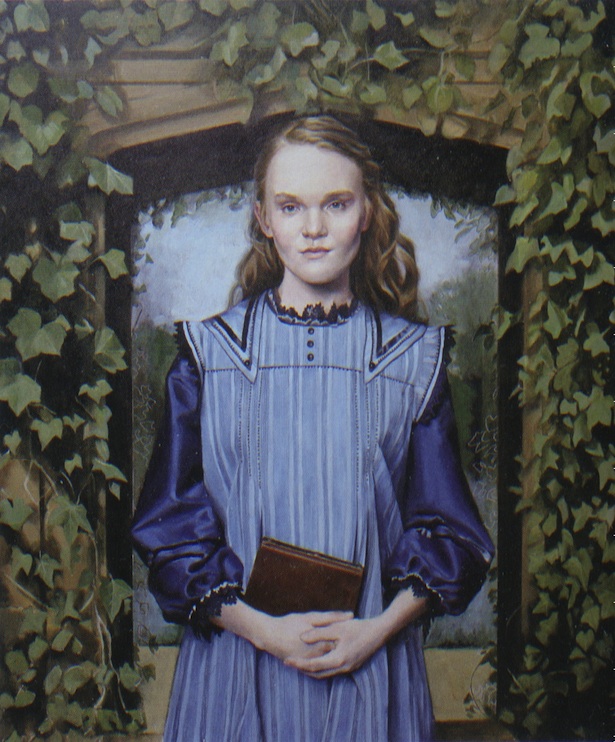 Why are there so many names from ancient Greece and Rome?

Between Theseus and Newt, whose middle name is Artemis, and Tina’s unseen Auror boyfriend Achilles, there were a lot of Greek and Roman names in the movie. We also learned that Credence’s actual name might be Aurelius, the famous Roman emperor. That’s not an accident, but what does it mean? Is this story an analogy to a famous myth? Could it all end like a Greek tragedy?And one bonus question: what are the chances we’ll get answers to all of these in Fantastic Beasts 3?Are there any mysteries we left out? Tell us what question you want answered after seeing the movie.