Experiencing Star Wars for the First Time As an Adult - Nerdist

Experiencing Star Wars for the First Time As an Adult

We didn’t really have a film culture in my house growing up. There weren’t movies that my parents wanted to “pass down” to us or share as a family. So when I got to a certain point in my life and realized that there were entire classics I’d missed I felt so far behind. How could I possibly catch up on all of the films I’d missed? The fact that I studied film in school only made it worse since everyone around me seemed to have a film “culture” that I just didn’t. So as years went by people were increasingly shocked to realize that I hadn’t seen Star Wars.

Star Wars means so much to so many people. That’s why I almost never wanted to watch any of them. I didn’t want to disappoint anyone by not enjoying it or not understanding the cultural significance. What if I didn’t like it and actually had to say it to someone’s face? There are actually many references you can get without watching the movies, keeping my lack of having not seen them a relative secret. It’s so ingrained into popular culture that you can’t help but know about slave Princess Leia, how Yoda speaks, iconic phrases like “Luke, I am your father” and “May the force be with you”. These moments and characters transcend generations and have been passed down from parent to child for decades. And I couldn’t fully understand the depth of people’s attachment to those characters, actors and world. That’s what made it the most difficult. One giant chunk of knowledge was missing in my brain. Then it all changed.

One day in the not so distant past my friend Ben couldn’t stand it anymore. He invited another friend and I over to introduce us to Star Wars, thus changing our lives for the better. We intended to only watch the first two but after The Empire Strikes Back we couldn’t stop. (Honestly, how could you?). It was an amazing experience despite sitting on a single couch for 8 hours and having all of my body parts fall asleep at some point. I felt like I finally understood years of comments and jokes that had been happening around me. I think C3PO is kind of a jerk to R2D2 and Leia is an all-around badass heroine. I love the Ewoks and think I might even understand Chewbacca. It felt like putting in the final puzzle piece and the picture finally being whole.

So thank you for letting me experience Star Wars for the first time as an adult without judgement or ridicule. I appreciate fans who have been there since the beginning and saw something special enough to make it important so many years later. May the force be with you. 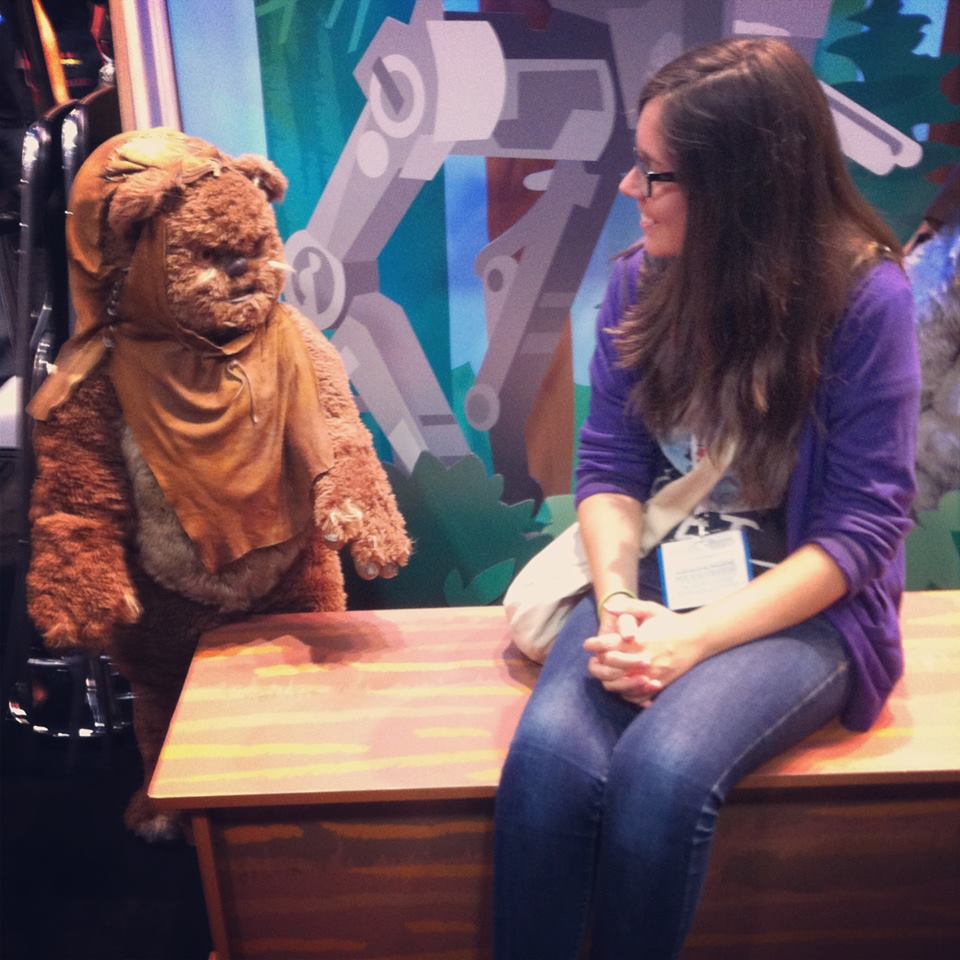 TAGGED: empire strikes back, may the fourth be with you, Princess Leia, Star Wars, Luke Skywalker