As I have mentioned before, the Warhammer 40K universe is one of the largest, most persistent science fiction universes in existence. While the universe is expansive, Games Workshop made the decision back in 2004 to freeze the timeline of the universe. This meant that stories could take place but that nothing major could happen that would impact the universe as a whole.

Well, 2016 marked the end of this freeze and we are seeing some incredibly cool and impactful changes happening in the 41st Millennium. Here is a list of highlights from the Wrath of Magnus and Gathering Storm source books of the continuing and now-evolving lore of the universe.

MAGNUS IS BACK AND HE IS ANGRY 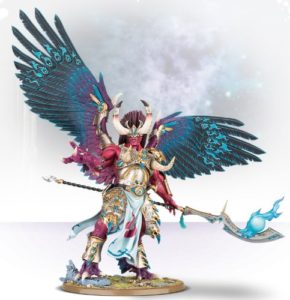 Magnus the Red ascended to Demonhood and has spent the last 10,000 years on a demon world just planning his revenge on the Space Wolves. Gathering the remains of his legion and all of the followers of Tzeentch, he personally leads an attack on Fenris; homeworld of the Space Wolves chapter.

While the attack is not nearly as successful as the one committed against Prospero in the early days of the Horus Heresy, all of the ice on Fenris is melted, it is irreversibly tainted by Chaos and the Space Wolves suffer massive losses. 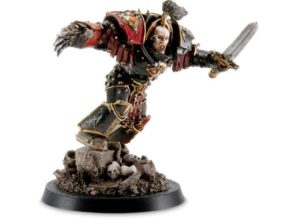 Abaddon the Despoiler has been trying to burn the galaxy with his black crusades for thousands of years. The presence of Cadia at the mouth of the Cadian gate has thwarted him countless times. Well, you know what they say, “Fool me 13 times, shame on you. Fool me 14 times, shame on me.”

Abaddon’s goal in the attack on Cadia was to destroy it with a ground war and finally destroy the Cadian Pylons – ancient alien artifacts which were holding the expansion of the Eye of Terror in check. In this goal, he was successful.

THE ELDAR MAKE A NEW GOD, SORT OF 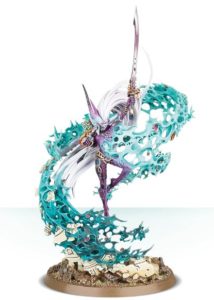 Ynnead is the Eldar God of Death. The Eldar have long believed that when the last Eldar dies, there will be enough power in the spirit circuits to create Ynnead, who will destroy Slaanesh. Yvraine is an Eldar who was in a battle to the death with Lelith Hesperax (a terrible place to be). Like all before her, she lost and was slain by Lelith. But Ynnead wasn’t done with her. Marking her as an emissary, Ynnead brought Yvraine back to life.

Now A LOT of things happen between this part and the end but I’m going to skip through to the juicy stuff. Check out The Gathering Storm: Fracture of Biel-Tan for all the hijinks I’m skipping.

ROBOUTE GUILLIMAN IS BACK 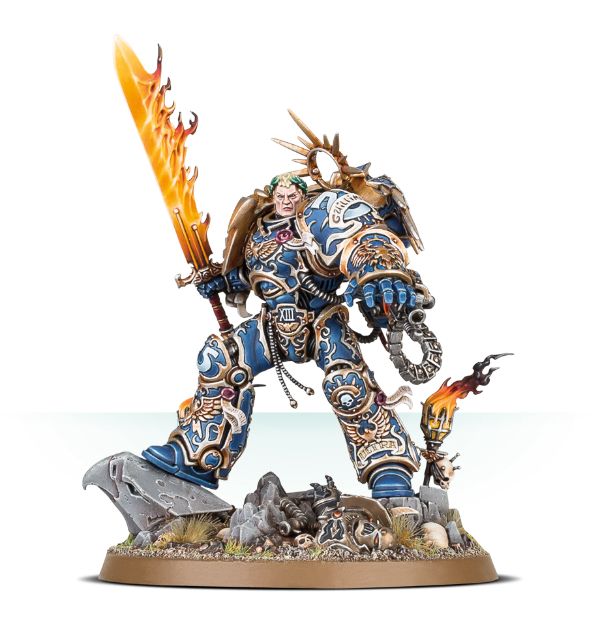 Roboute Guilliman, Primarch of the Ultramarines has been in stasis for 10,000 years – since being fatally wounded by the Demon Primarch Fulgrim.

Thanks to the assistance of the Eldar (including the above-mentioned followers of Ynnead) and a crafty tech-priest, they were able to heal and armour Guilliman.

Similar to the above, check out The Gathering Storm: Rise of the Primarch for a whole lot of details that I’m skipping but Guilliman travels the Webway to Luna, fights and defeats Magnus and eventually heads to the Golden Throne to visit the Emperor. Emerging from the Emperor’s chambers, Roboute Guilliman declared himself Lord Commander of the Imperium and begins re-militarizing the Imperium on a scope not seen since the Great Crusade.

That’s a (very) brief highlight of what’s happening in the 40K universe and I for one, can’t wait to see what else is coming. What new Primarchs will return? What other galactic events are going to shake up the universe? Will the Emperor die and be reborn as the Star Child? Whatever may come, I’ll be there geeking out about it.

What do you want to see happen in the 41st Millennium? Let us know in the comments!