Everything You Need To Know About The Deadly Premonition Board Game

It’s a bizarre tale of a small town, quirky citizens, and murder. An eccentric FBI agent pulls into town expecting something strange, but uncovers a truth that’s even stranger. It’s called Deadly Premonition, and it’s one of the most polarizing games you’ll find in this console generation. It enjoyed a successful stint as a video game, and now it’s undergoing a metamorphosis for its next evolution: a board game.

Having originally debuted to a swath of both negative and positive reviews, it’s a quintessential “bad” game that’s lucky enough to hit all the sweet spots, pushing players to see past its multiple mechanical pitfalls and quirks to enjoy the pleasantly bizarre narrative beneath it all. So it’s not that unbelievable that publisher Rising Star Games is interested in taking the game to the realm of board games, not since we’ve seen translations of games like Dark Souls or Superhot to that world already. 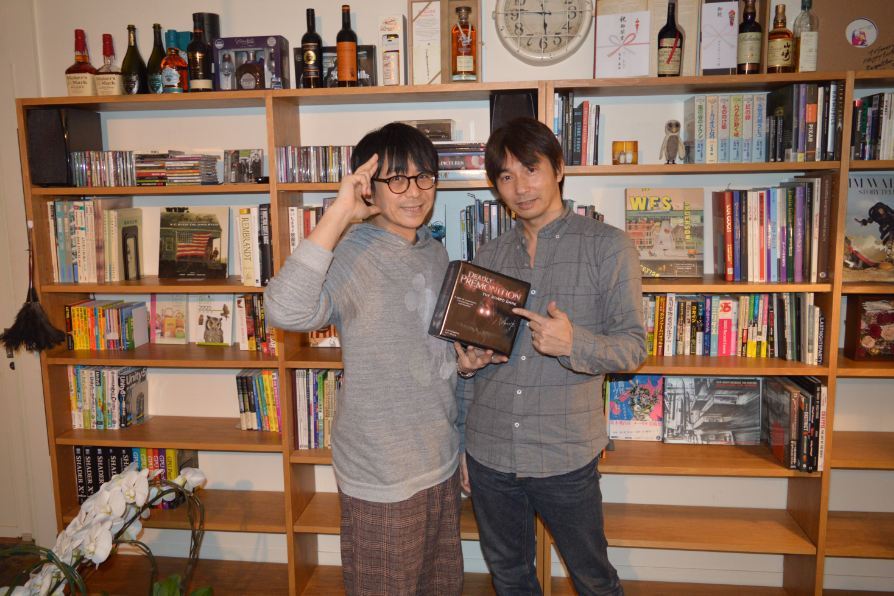 For the uninitiated, Deadly Premonition takes place in the town of Greenvale, and nothing is as it seems, with residents that seem to have been culled from the textbook limits of zaniness. FBI agent Francis York Morgan doesn’t call the town home, but he’s here to solve a murder that’s puzzling the locals. And he does so, all the while referencing a partner, Zach, who isn’t anywhere to be found.

That mystery and others are unraveled as you interact with Greenvale and its residents, whose lives you actively become an interloper in. You don’t so much as scour the town for clues so much as become lost in it. You are an intruder, and as the remarkable artificial behavior fools you into thinking, you are a part of the living, breathing landscape that is this small Pacific Northwestern town. From the first ten minutes of the game, you can tell you’re in for the ride of your life.

Deadly Premonition is hilariously all over the place, with bizarre font choices, shootouts that have barely improved from the days of PlayStation survival horror gems, and the occasional voice acting that has you reminiscing about Jill sandwiches. Fortunately, as of the Director’s Cut edition, shootouts play less like frustrating Mexican standoffs with drunken gunman and more like proper, Resident Evil-styled fare. 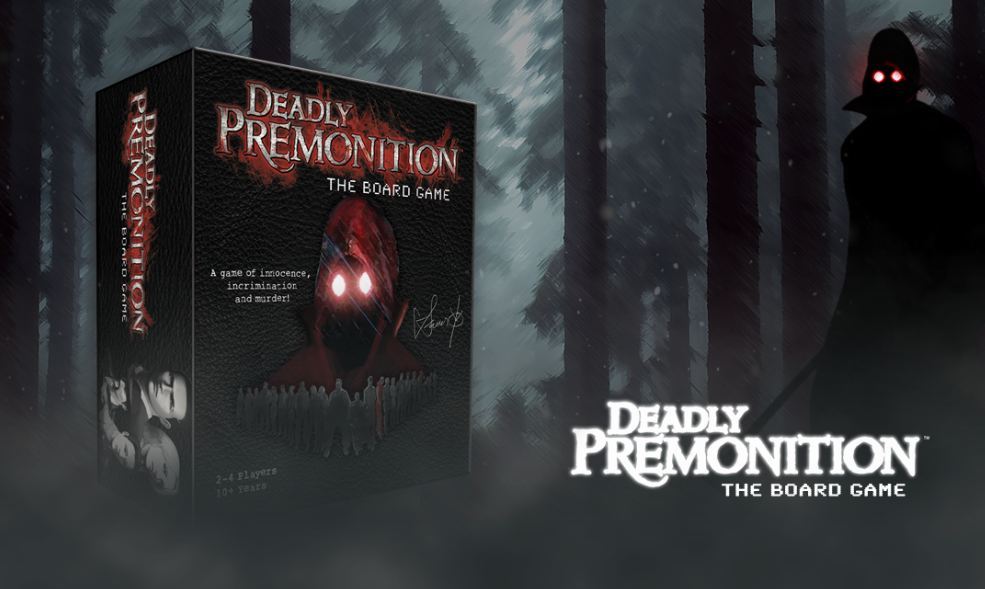 While Deadly Premonition is, by all definitions of the word, a wreck; it’s compelling in ways that even triple-A games haven’t yet matched completely. It takes you to a dark place and never comforts you with familiar rules and regulations. It’s obtuse, frustrating, and weird. And once you’ve set foot into the world of Greenvale, you may never come back again.

That’s why there’s so much fervor for this board game iteration. According to Rising Star Games, it was meant as a “passion project,” and one that’s already received the blessing of the video game’s director Hidetaka “Swery65” Suehiro. Two to four players try to find a killer, or for one player, to keep their identity hidden. As evidence is used to prove some suspects innocent, players can sling cards to put the guilt on certain players. Cards also trigger events to allow the killer to start taking out some of the suspects. In this game, you’ll need to get away with murder just to win. 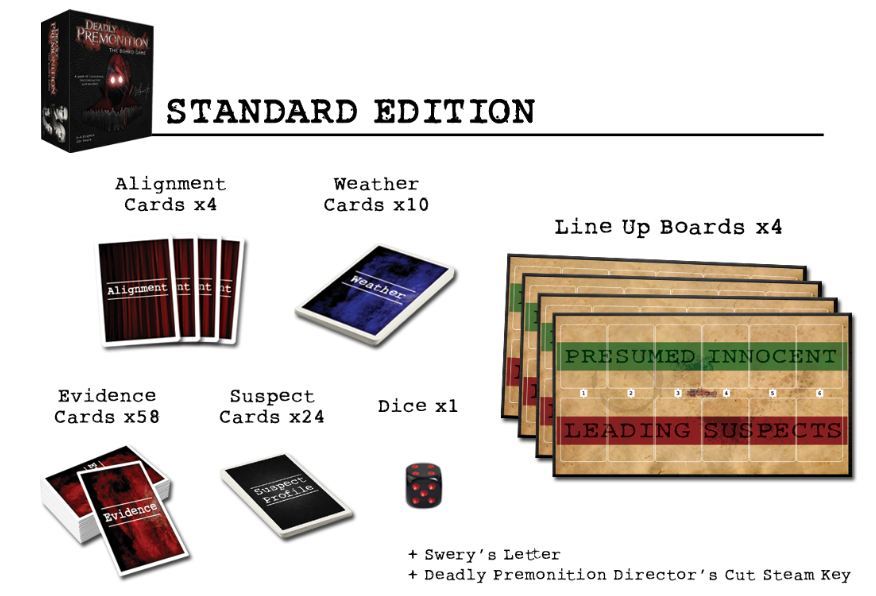 Rising Star Games has launched a Kickstarter project for the game wth a goal of $50,000. Currently, at the time of this writing, it’s garnered over $35,000 from backers on the first day of its campaign. The company has opted for a Kickstarter rather than directly funding the game since it’s outside of the media that Rising Star would normally publish. Some stretch goals currently include special bonus action cards, unique artwork, and even a new agent character created by Swery65.

To prep for the board game, you should absolutely pick up a copy of the game — Deadly Premonition: The Director’s Cut is a great place to start. Just don’t be surprised if that makes the wait for the board game all the more difficult.

Are you a big Deadly Premonition fan? Will you be backing the board game? Let us know in the comments!

This Spotted and Striped Jellyfish Could Be a New Species