Play These Incredible Two-Player Board Games With Your Best Pal

Wanting to keep your tabletop night a bit more low-key, but can’t think of any games made for two people? We’ve all been there. Sometimes it can seem like all of the good tabletop games require three or more players. Of course, that couldn’t be farther from the truth. We’ve already given you a handful of awesome two-player tabletop games, but there are TONS more to make your two-person tabletop night amazing.

Ashes: Rise of the Phoenixborn 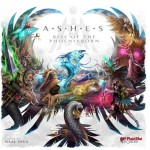 In Ashes, your goal is to defeat other Phoenixborn in order to ascend into godhood. Each player controls a Phoenixborn character and utilizes a 30-card deck and 10 dice to cast spells and summon allies as they duel the other players. If you’re the last Phoenixborn standing, you win. It’s a game with structured times for attacking, and each spell has a cost to cast–similar to a game like Magic: The Gathering, but with dice and easier rules. 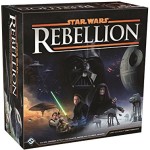 Can’t wait for the next Star Wars film to hit theaters? Rebellion, which will hit stores March 31st, can definitely help ease those long non-Star Wars months ahead. In this game, you’ll use miniatures to play as either an Imperial or Rebel. As an Imperial player, you need to find and destroy the Rebel base, while a Rebel player you must sway the people to rebel and stage a full-scale revolt. 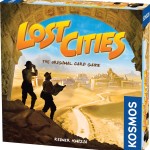 Lost Cities is wonderful for when you’re looking for a quick game (each game lasts around 15 minutes). It’s even a great option if you’re playing with a tabletop newbie, since it’s easy to learn and it’s quick rounds are more approachable than a lot of the longer games you’ll see out there. You win the game by earning the most points by successfully forming expeditions, which consists of laying down cards of the same color in ascending numeric order. Think of a higher stakes version of Uno, without the friendship-ending “draw four” card. 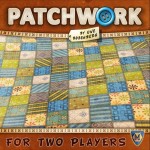 I know what you’re thinking. Finally, a game centered around quilting! As bizarre as the premise sounds, the game is actually pretty rad. The goal of the game is to create the most aesthetically pleasing and highest-scoring patchwork quilt on the board. Using buttons–the game’s currency–you can purchase patches to create your quilt. The player that ends the game with the most buttons win. The game’s mix of using strategy to create appealing aesthetics is something you don’t see too often in tabletop gaming, and it makes for a fun, creative time. 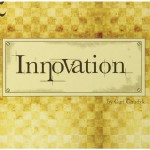 This game takes you through technological advances starting from the stone age to the modern era. Using various technologies, you use cards to build your own society. The cards can advance over time, and some technologies can even help you attack other societies. Every advance comes at a price, since other societies can benefit from your technological advances as well. You ultimately win the game by collecting the most points from your advancements.

What games did we miss? What are some of your favorite two-person games? What do you think makes a game perfect for two players? Let me know what you think in the comments!