Escape the Room: Mystery at the Stargazer’s Manor - Nerdist

Escape the Room: Mystery at the Stargazer’s Manor

ThinkFun’s Escape the Room: Mystery at the Stargazer’s Manor is an escape-the-room game that can be played in your own home. You don’t need to bolt your doors and windows, and you don’t need to hide precious information in secret places. All you need are an ability to solve puzzles and some reasonably sober friends. 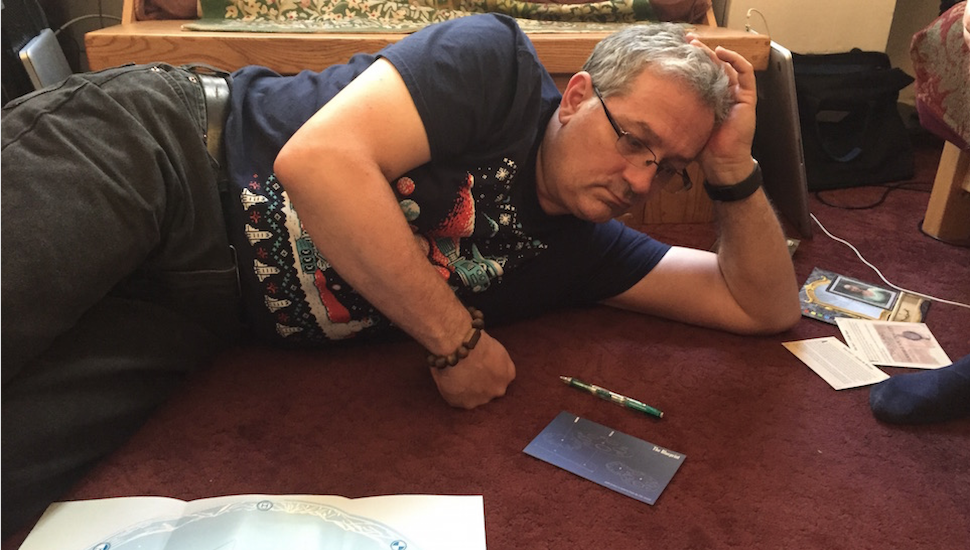 [Puzzler Paul Sposato is both reasonable and sober.]

The game is played with a series of tasks, found in one of five envelopes; each of these envelopes has a puzzle and a symbol on the front. If you think you’ve solved a particular puzzle, you turn to a nifty solution wheel and dial your solution. If you’re right, the symbol will appear not once but twice on the solution wheel. Congratulations. You can now move on to the next puzzle by opening the envelope of the puzzle you just solved.

You have two hours–only 90 minutes for six or more players–to escape the confines of the Stargazer’s Manor. If not, there will be… consequences.

EtR:MaSM is a collaborative game, and having friends with you is important: The game rewards the use of a hive mind, as one person may determine the solution to one puzzle, but may be stumped on a second. You could solo it, or play it with a friend, but the game benefits from at least three players to bounce ideas between (we had four).

There were some stumpers, alright. The puzzles are varied but mostly on a theme of pattern matching with some lateral thinking. It took me, my husband Peter, my buddy Paul, and his buddy Christine our combined brainpower to escape the room, but I’m not sure if any of us could have made it out alone. If you get truly stuck on a particular challenge, you can get hints from ThinkFun’s website. We didn’t because we’re awesome that way.

The website doesn’t only give you hints. It also suggests appropriate mood music and attire. Because when you’re trapped in a room with friends, you might was well be trapped in style.

Best of all, as with other games of this caliber, there was an unexpected twist. But in the end, it took us only fifty-eight minutes to save the day. It was an hour well spent. 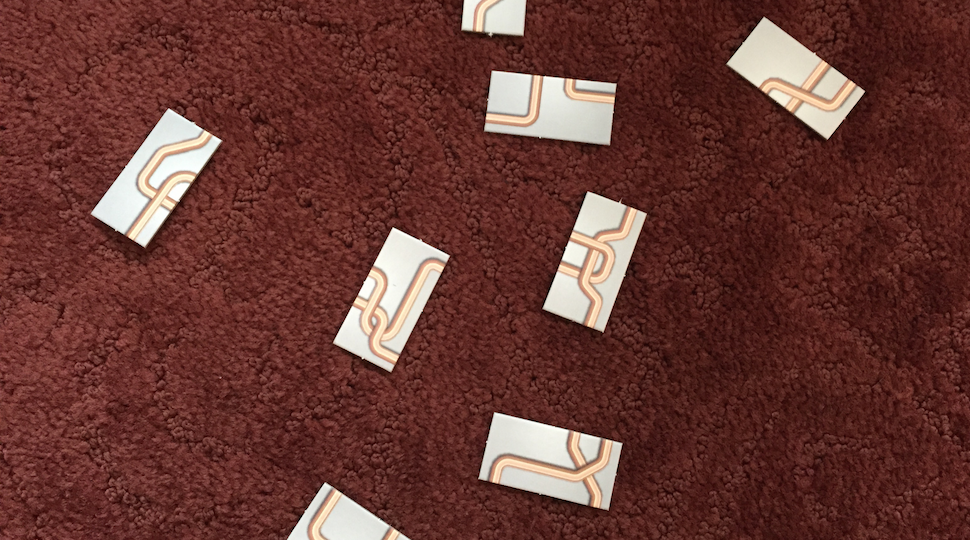 • The story is simple, and the writing is clean. The game cards are written in a Victorian style, but not so flowery as to be incomprehensible. The language and puzzle style harkens back to Myst or even a more complex choose-your-own-adventure like Sorcery!

• The puzzles are challenging but not demoralizing. It took all four of our brains to escape the room, but escape we did. Veteran puzzlers will likely get through the game well inside the time limit, but on the other hand, it’s accessible to people who aren’t typically puzzlers (i.e., not as geeky as someone who would read an online review for an escape-the-room game).

• Surprisingly, my husband, the designated host, was able to join us in our puzzle-solving adventure. The host only needs to read the initial rules aloud, and after that, s/he has no advantage or special information.

• Escape the Room: Mystery at Stargazer’s Manor has no replayability. It’s strictly a one-shot deal, with no random component to produce a different solution for subsequent play-throughs. But if you’re careful opening the envelopes, you can always re-gift it.

Escape the Room: Mystery at the Stargazer’s Manor is $21.99 with free shipping on Amazon. With the numerous unique odds and ends in the box, I can understand it would be difficult to get the price point down below that. It seems a bit steep for a game with almost no replayability.

TAGGED: Escape the Room: Mystery at the Stargazer’s Manor, Board Games, board game