Bears. They’re cuddly. They’re adorable. And we like to collect them as The Lord of the Rings style plushies. Despite their unrivaled cuteness, however, IRL bears can easily switch from awwwwwwww to I AM A 600-POUND MURDER MACHINE WITH FANGS real fast. Case in point: This epic battle between two brown bears in Finland. Make sure your sound is turned on.

PetaPixel picked up on the brown bear battle, which went down at the Boreal Wildlife Centre in Kuhmo. A wildlife camera crew inside of a bear blind (basically a shack) captured the roaring good fight. However, the crew didn’t expect to see anything like this.

“After 45 minutes [sitting in the hide], the bears started to appear. A total of four bears arrived within the 5 hours we were there,” the crew members told PetaPixel. “We would have been happy to have seen a glimpse of a single bear, but oh boy, did our expectations get exceeded massively,” they added.

In the clip, we watch as two adults, male brown bears square up over turf. The bears, as the crew told PetaPixel, are approximately the same size. Which we’re guessing is around 600 pounds? (The crew doesn’t offer a guess, and the average weight of an adult Eurasian brown bear is around 600 pounds.) This makes for the perfect matchup, as the two beasts first tango around a tree trunk, then wrestle tooth and claw, and finally…walk away from each other like nothing happened.

Samulin Matkassa, one crew member, noted that this fight was “Truly a once-in-a-lifetime” experience. This is undoubtedly true, as the last time a bear fight went down at the Boreal Wildlife Centre was more than 10 years ago, according to locals in the area who spoke with the crew. An observation that, while anecdotal, further supports the idea bears are basically giant, squeezable dogs. That you can’t ever go near because they’ll rip your head off. 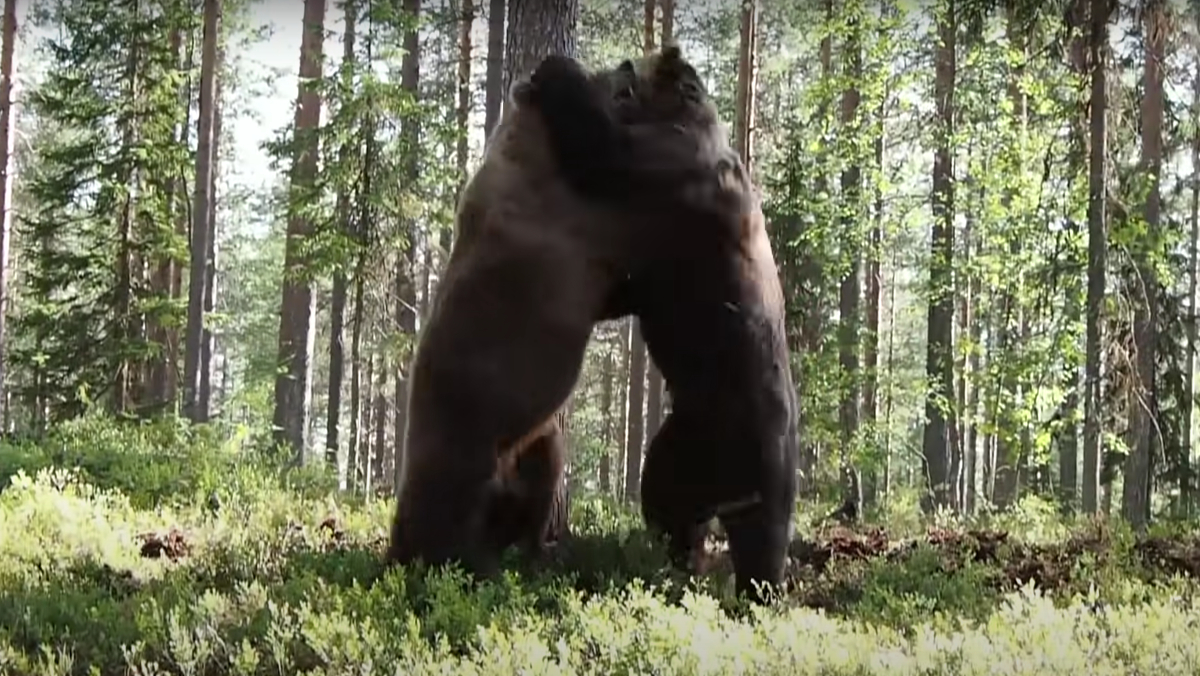