Enter a Future of Magic and Machines in ENTROMANCY - Nerdist

Enter a Future of Magic and Machines in ENTROMANCY

Machines and magic clash in the cyberpunk fantasy world created by the role-playing game Entromancy! Set in San Francisco as the twenty-first century comes to a close, the d20-based RPG places you in the shoes of one of five character classes. Take on missions to reach your full potential and see if you can survive in this neon-lit fantastical future.

In the world of Entromancy, a recently discovered element called “ceridium” has revolutionized the entire planet. Not only is it a powerful new source of energy, ceridium unintentionally created both a new race of people called “aurics” along with different kinds of magic. But more magic, more problems, as its use spreads quickly to crime, espionage, and warfare. Choose your race and then choose your weapon by picking your class. Whether you’re a gunslinging Revolutionary, a spellcasting Terramancer, a tough NIGHT agent, a skilled hacker known as the Technomancer, or a stealthy Vanguard, the streets of San Francisco are yours to explore. 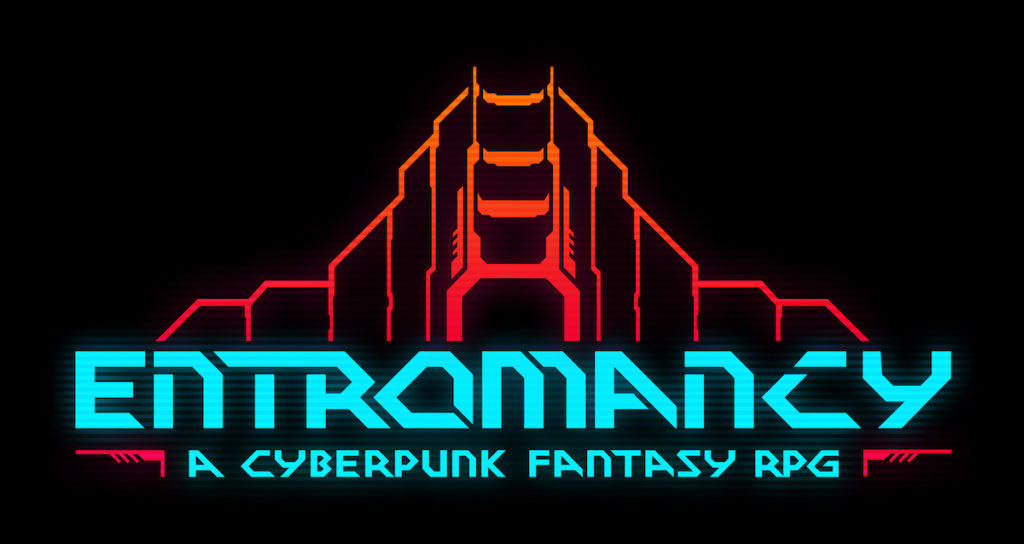 Your mission begins when you join the fray by picking a faction. NIGHT, Aurichome, and the Unaligned: who will you side with? Climb the ranks and unlock your true potential as you and your companions complete missions while you blast, cast, and hack the future. All it takes is a roll of the d20, a familiar role-playing game system for veteran players and an easy-to-learn one for new players, and your feats will become the stuff of legends.

Intrigued by this glimpse into one possible future? You can take a journey into that brave new world right now in the companion novel Entromancy (The Nightpath Trilogy Book 1).

Coming this summer, you’ll see Entromancy in action on TBD RPG! Stay tuned to the Geek & Sundry Twitch channel Wednesdays at 8:30 PM Pacific for all the role-playing ruckus you adore.

Entromancy is now available on DriveThruRPG and Amazon.