Enter the World of Dragon Effect

“I’m Commander Shepard, and this is my favorite fanart on the Citadel.”

Clutching Normandy by the scruff of her neck, Joker swoops down and angles the high dragon’s wings to catch Shepard before the commander makes high-speed contact with the ground below. Garrus, with one hand on the dragon’s other wing and one on his crossbow, ducks out of the way of a mage’s incoming fireball. “Careful, Joker! He almost got my good side!” he shouts to the dragon rider.

The pilot smirks. “Is that the burned or the unburned part of your face?” he yells back.

“Come on, that’s an old one!” Garrus fires his crossbow bolt into the enemy mage’s chest, and Normandy sails up out of danger.

Not only did Ryan paint stunning fantasy versions of the Normandy crew but he also came up with specific characterizations for party members throughout the Mass Effect series, from Garrus Vakarian to James Vega. The only characters excluded from the world are Ashley Williams and Jacob Taylor, for whom Ryan has no affection. Explaining his design philosophy, Ryan envisions biotics as apostates and Krogans as racial offshoots of the Qunari. Below are just some of Ryan’s paintings for your viewing pleasure. 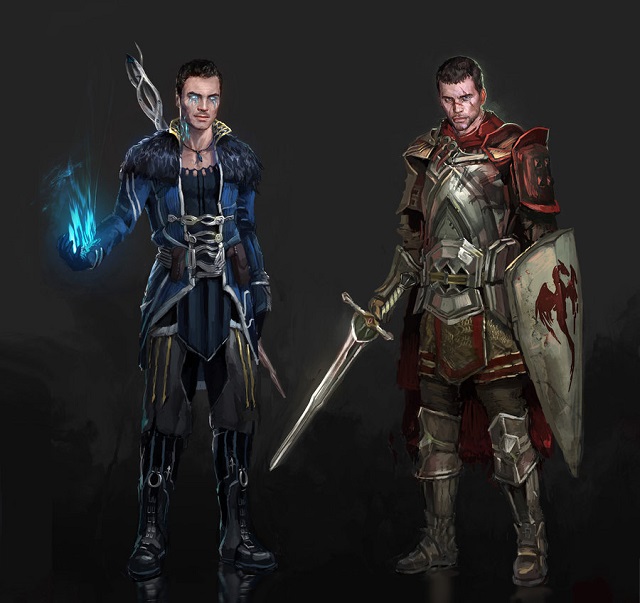 Kaidan Alenko: Ryan says the inspiration for Kaidan’s look came specifically from Anders in Dragon Age II, and that the gravelly voiced biotic would have abilities similar to those of the broody, cat-loving mage.

Commander Shepard: The blood dragon armor, modeled here by Shepard himself, first appeared in Dragon Age: Origins as DLC and is also available in Mass Effect with a purchase of Origins. We can easily see Shepard surviving the Joining, becoming a Grey Warden, and fighting off darkspawn in the Deep Roads. 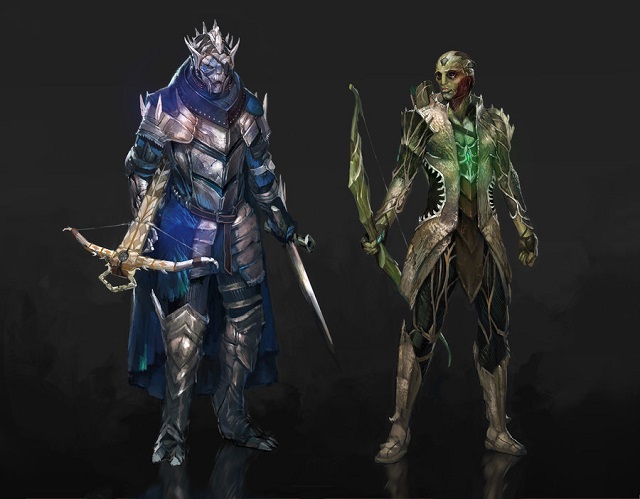 Garrus Vakarian: Basically Space Batman, Garrus is simultaneously the greatest bromance and romance in the series. That is an objective fact. In “Dragon Effect,” Ryan envisions Garrus as the guard captain of a wealthy trading town. As a species, turians generally find their fabulous fringes clad in town guard get-up.

Thane Krios: Ryan imagines the poetic assassin filling the role of dragon and wyvern hunter in Thedas, shrouding his frame in shadow before taking down his fearsome foe with a careful and calculated strike. Both Thane and Garrus are described as skilled marksmen. 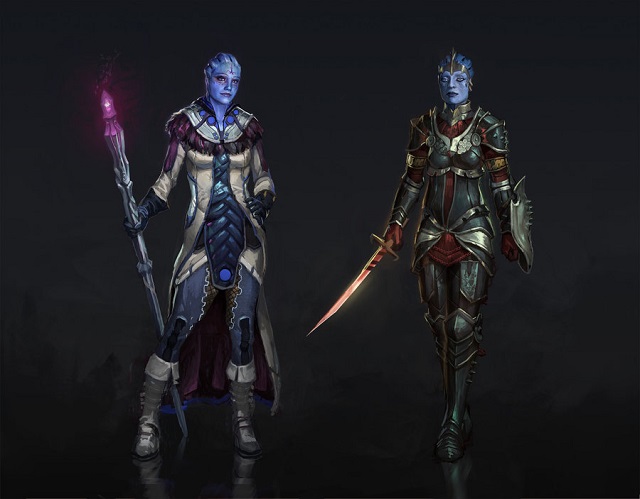 Liara T’Soni: First Enchanter Liara, in line with her caring and naive nature in Mass Effect, does her part to improve public perceptions of mages and helps Shepard protect the apostates in the crew (Kaidan, Jack, and Miranda) from the watchful eyes of devoted templar Samara.

Samara: Ryan transforms Samara’s dedication to her justicar code into the oath of a templar knight commander in Thedas. Like any devoted templar, Samara knows the dangers of magic and rogue apostates who wield such powers.

Visit Ryan’s “Dragon Effect” gallery on deviantART to check out his characterizations of your other favorite Mass Effect party members. He has also created “Mass Age,” where Dragon Age characters are transported to Mass Effect’s futuristic setting, as well as amazing fanart of other universes (The Lord of the Rings, Game of Thrones, Final Fantasy, etc.).

Fans of Ashley and Jacob, how would you adapt them to the world of Dragon Age? What other crossovers would you like to see? Tell us in the comments below!