Enhance Encounter Quality While Minimizing Combat With These GM Tips

GM Tips, hosted by the talented veteran Game Master Satine Phoenix, is our show to help Dungeon Masters and Game Masters improve their craft and create memorable roleplaying experiences. Last week, we talked about keeping that awe and wonder over years, and this week we rolls right into quality over quantity.

What if dungeon crawls aren’t your thing? Even if everyone is having fun rolling from one combat encounter to another, but you spend your time longing for more in-town time there is hope for you and GM’s like you. A lot of game systems from D&D to Shadowrun focus very heavily on linear encounters with enough action to light up Nakatomi Tower. But no matter what system you are running, this week we will focus conflict quality over quantity.

Jason Carl, master of vampires and wine, adds his two coins about storytelling on this week’s GM Tips with Satine Phoenix.

A full guide to running a six-hundred man LARP will have to come at a later time, particularly with only five storytellers. Hats off to Jason Carl for that one. Alright, let’s talk some Vampire: The Masquerade and the delicious joys of heightening conflict by minimizing combat.

Why have seven combats in between two levels when you can have your players squirming in their seats over a single ruthless choice between a rock and a hard place? Intense morality choices aren’t a tool you can whip out in every single fight. They need to be built up, measured, and weighed with calculated risk. Vampire: The Masquerade pioneered this in the early nineties with the struggle for humanity with a very simple choice: You must drink from humans, potentially killing them, in order for you to live—and sometimes the beast within you takes it too far. 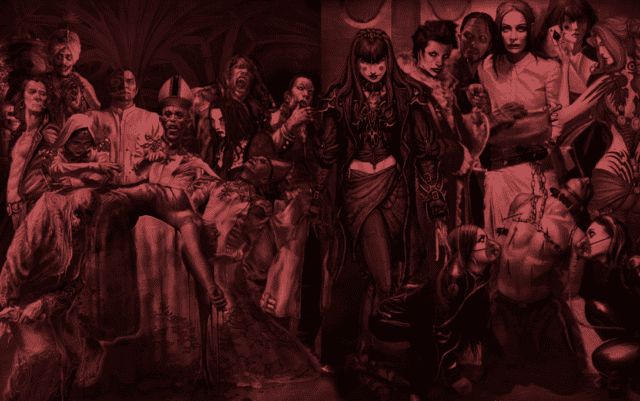 Translated into a game like D&D, you’ve gotta hit your players where it matters to them. Giving the party a choice to kill a murderous orc for revenge or stay your blade and take up arms with the foul creature in an attempt to redeem him. In Shadowrun, such a choice could be doing a run for someone so evil, but needing their gear, intel or money for a future mission to do good. These choices will always require a GM to know their players. Very few games have such intricacies backed into the mechanics, and even those will still require an attentive storyteller. But if you can find this spot, you can run for weeks with without back-to-back combats.

In Vampire: The Masquerade, there is a noble group of heroes who call themselves the Sabbat. These champions of justice fight against the oppressive Camarilla who serve ancient vampires that will one day rise and devour the world. Without these pillars of morality, these beacons of light in the World of Darkness, oblivion would await everyone—and they are the sect of conviction. So how does having conviction make combat have more impact? The answer is it makes every fight matter.

Even if you have a lot of dungeons to crawl through, a united convicted party sees each step as a conquest to a greater war. Conviction adds gravitas to any fight. There is a ceremony, ritual, joy, and delicious freedom in victory. Along with an equal number of emotions on a loss, and there will be losses. War is not easy, but your characters must take each step forward, even over the bodies they’ve laid at their feet. For storytellers, giving your NPC’s such zealous conviction makes them stand out and seem less bland. Which only heightens quality.

Some adventures can be described as a series of small combats strung together in sequence until there is a final boss pay off. Campaigns could arguably be defined as a series of adventures strung together until a final pay off. Changing up the tempo within these definitions allows you keep things fresh and also shine a massive spotlight on a single part of the story. 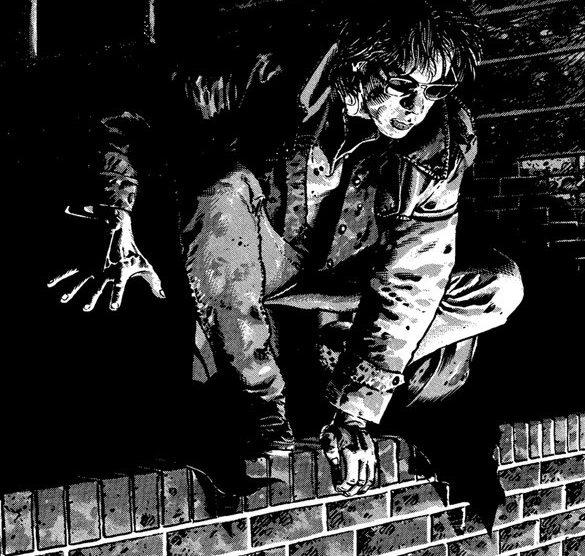 What you do is take a planned boss encounter, and instead of having a bunch of small, lead up encounters—you make it all one super long running fight. Without rests or breaks for the duration. Imagine the adventure starting off battling the red dragon, and in the aerial fight as they barreled from village to village they were always locked in combat. Running into the tavern to buy new gear or a potion, while the town guard was fighting for their lives outside, then back into the fray the heroes go. Long, multi-faceted, and engaging combats like this reduce the need for quick-hit one-shot encounters and allow more time to be spent on the build up.

What are your tips for some sweet combat quality? I left off a secret tip for the Vampire: The Masquerade fans but I’ll include it here: Amaranth makes every combat tastier. If you’ve got any hidden gems, let us know in the comments below!

Featured Image by: White Wolf Studios
Rick Heinz is the author of The Seventh Age: Dawn, and a storyteller with a focus on LARPs, Wraith: The Oblivion, Eclipse Phase, and many more. You can follow game or urban fantasy related thingies on Twitter or Facebook.