A Jetpack and Roller Skates Are a Dangerously Fast Duo - Nerdist

A Jetpack and Roller Skates Are a Dangerously Fast Duo

Like every other ‘80s kid, I’d like to know when I’ll finally be getting my own hoverboard. Promises were made. Sort of. That elusive piece of technology was not the only item I imagined I’d be using to zip around during the 21st century though. As a child, I also thought jetpacks would one day be as common as bicycles. Instead, they are the purview of a select few, with little hope they’ll be available at Target anytime soon. That’s probably for the best though, because when people can strap a jet engine onto their back, they make questionable choices. Like see how fast they can go on roller skates.

Ian Charnas, who “likes going fast, really fast,” took three months to build his very own jetpack. (An endeavor we first heard about at Boing Boing.) With an actual jet engine. Which is something that is totally legal to get. (Feels like an oversight!) His goal: roller skate with a jetpack to see what kind of speeds he can reach.

That’s obviously wildly dangerous, especially since this ride includes zooming around with actual jet fuel on your back. And anytime you have to wear fireproof underwear you know you’re in the danger zone. So please, do not try making one of your own. Fortunately, Charnas knows what he’s doing, and his stylish contraption stayed safely in place during his test runs. He couldn’t even feel the heat on his legs. 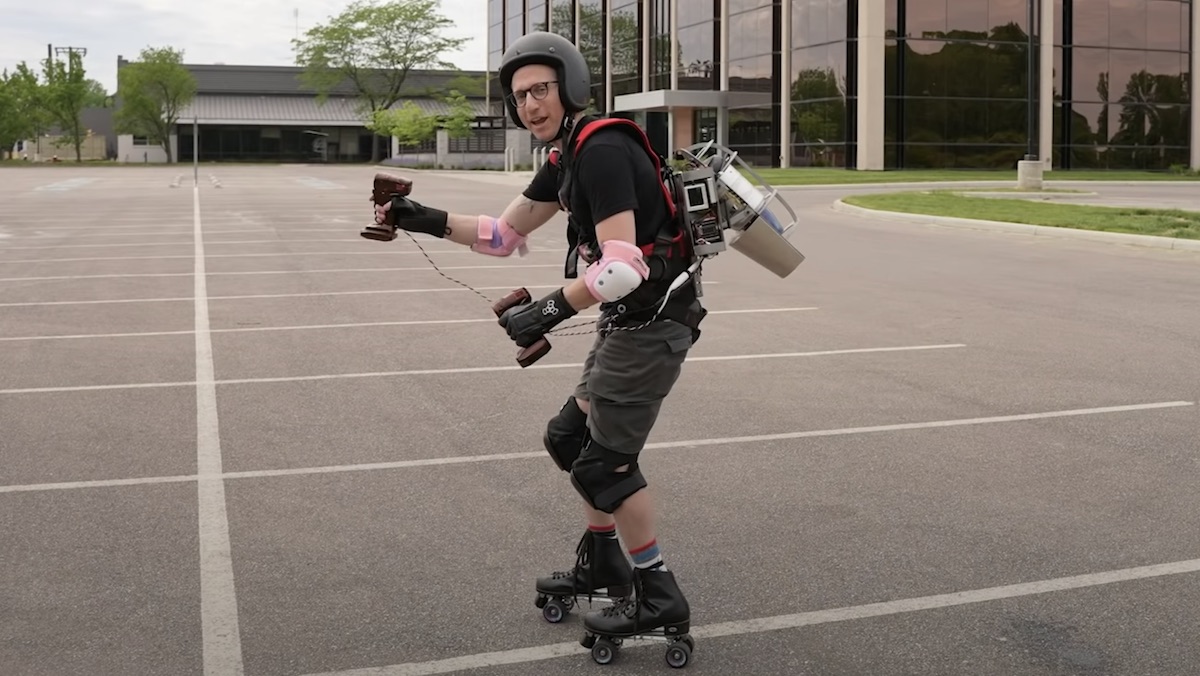 While he “only” got up to 17 mph, some roller derby players were able to generate a lot more speed. One skater got up to a whopping 32 mph. That would get you a ticket on most residential streets.

Is this the future of transportation? The easy answer is “no, not at all you fool.” But hey, I don’t see any hoverboards at Dick’s Sporting Goods yet. Maybe a jetpack with roller skates is the best we can do.