All the Batman References We Caught in ELSEWORLDS - Nerdist

All the Batman References We Caught in ELSEWORLDS

If you can believe it, the fourth Arrowverse crossover has come and gone, and as always there was a whole bundle of fun to be had. But this year’s event saw a new and exciting addition to the world in the form of Ruby Rose as Kate Kane, Batwoman. Her debut in the second episode was stuffed full of brilliant Bat-centric references from the classic comics, awesome movies, and even the camp joy of Batman ’66. There are some obvious things like the fact that Kate appears at all, as well as the fact that the Bat-signal lives on the roof where Oliver, Kara, and Barry first convene. We also get a fun nod to Batman ’89 as Oliver has a quick subplot where he thinks that Batman is just a myth, much like the crims in the opening of Tim Burton’s classic. In this list though we’ve focused on the deeper cut, easier to miss easter eggs for all you Bat-fans out there! 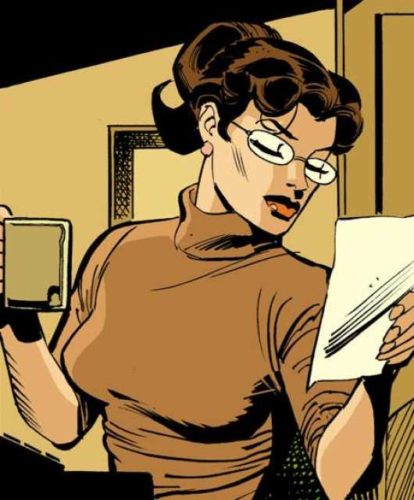 Created by Doug Moench and Kelley Jones in 1997 for Batman #540, Vesper Fairchild pops up in this episode in reference only as Oliver attempts to utilize his old friend to gain access to Arkham Asylum. But just like in the comics, where Bruce’s plans are thwarted by the fact the playboy slept with the radio host, here it’s Oliver’s previous indiscretion that leaves the heroes to their own devices.

The Corner of Nolan and Burton 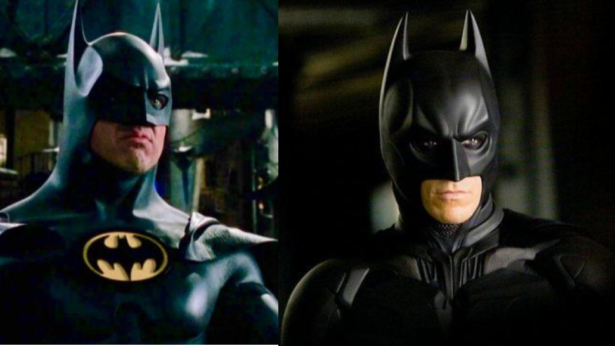 One of the funniest moments in the show is Kara, Barry, and Oliver’s introduction to Gotham where they immediately get mugged because, you know, Gotham. Well, after the kerfuffle with the local criminals, the group are nabbed by the good ol’ GCPD and eagle-eyed viewers may have noticed it takes place at the corner of Nolan and Burton… shouting out two iconic Bat-directors. 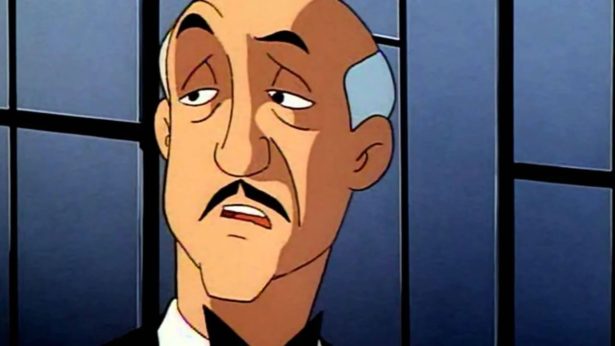 This one is a simple nod but a super fun one. After meeting Kate Kane and being invited to utilize the rooftop of her Wayne Enterprises skyscraper, the stoic billionaire lets the heroes know that of course the WiFi password is an homage to none other than Bruce’s faithful butler Alfred. 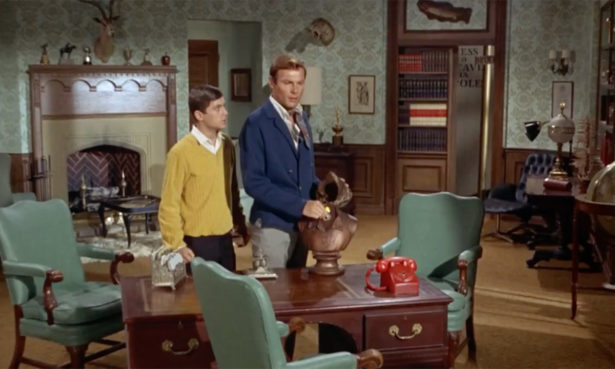 As Kara explores the apparently decrepit halls of the skyscraper, she comes across Kate’s office and has a friendly chat with the heroine, establishing what will likely become a vital relationship going forward. But the reason we picked out this moment is because of the brilliant Batman ’66 nod, as Kara spots the classic William Shakespeare bust which held the button to the secret entrance to Adam West’s Batcave. 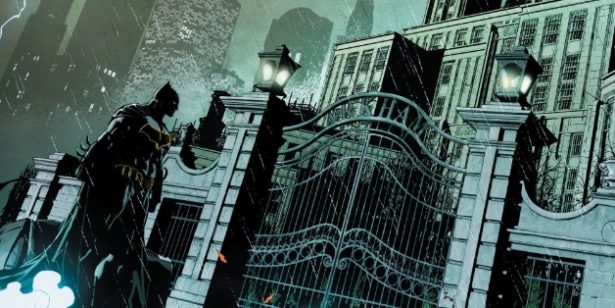 This is probably the biggest of the Batman nods, as anyone who’s ever played a Batman videogame, read a comic, or seen a film likely recognizes the infamous institution. Elseworlds didn’t just reference it though, they went straight inside and treated us to a whole bunch of easter eggs, including the prisoner names on the Arkham cells which include P. Isley (Poison Ivy), E. Nygma (The Riddler), O. Cobblepot (The Penguin), and B. Karlo (the original Clayface). 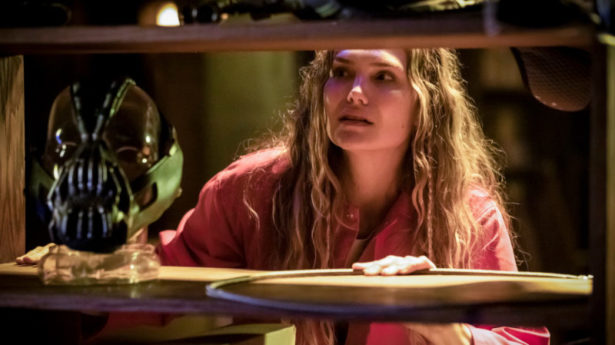 Whilst in the asylum, we get a look at a couple of relics which seem like they could belong to some of Batman’s famed Rogues Gallery. A boomerang on the ground could easily have been left behind by Captain Boomerang, but the most exciting blink-and-you’ll-miss-it addition was Tom Hardy’s infamous Bane mask from The Dark Knight Rises. 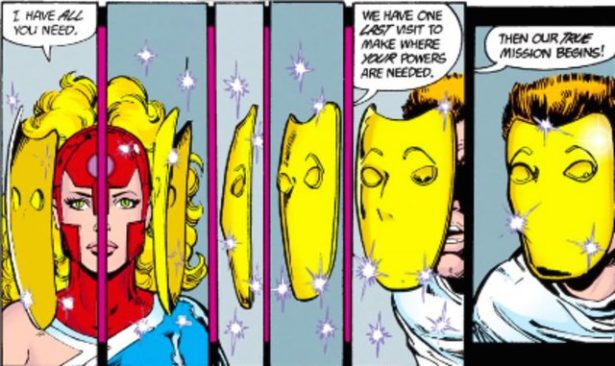 During the attempted breakout and prison riot, we see one of the inmates place a gold mask over his face. Comic fans might recognize this felon as Psycho-Pirate who played a vital role in Crisis on Infinite Earths, which is probably a lot more than a simple reference now that we know that will be the CW Arrowverse’s 2019 event. 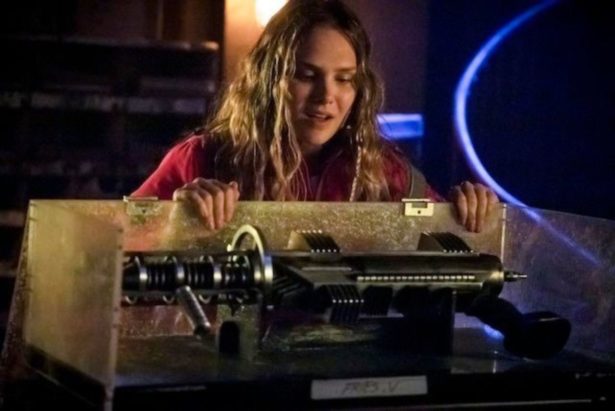 There are a lot of cold villains in the world of DC–so many that we even get a nod from a tired Arkham attendant how many of them are at the asylum–none are more fearsome though than Victor Fries A.K.A. Mister Freeze. In Elseworlds we got to meet a reimagining of his wife Nora, and at one point she even wields his famed cold gun to battle Caitlin. 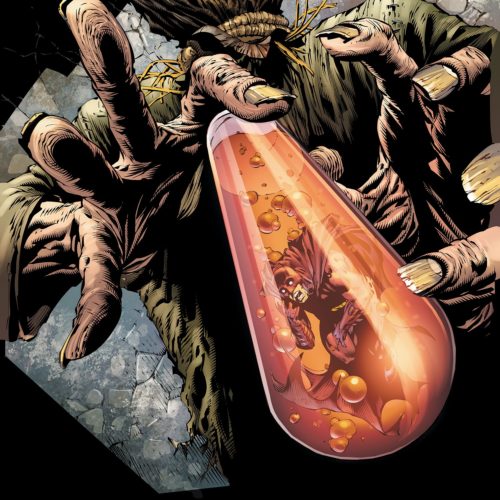 Another pivotal moment takes place when a box of mysterious toxin is smashed, and Barry and Oliver have a learning moment as they both face the other’s deepest fear. If you managed to take a look at the vials in which the toxin was contained you might have noticed the name J. Crain, who is none other than The Scarecrow! 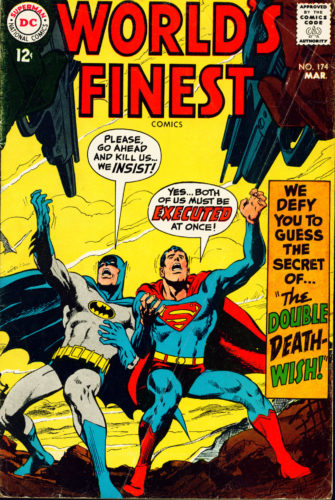 One of the most exciting references in the jam-packed special was also one of the best moments period. After securing the Book of Destiny and leaving Arkham, Batwoman and Supergirl share a moment where they let the other know that they’re aware of their secret identities and hope that they get a chance to work together again. After Kara says she thinks they’d make a great team, Kate agrees saying “World’s Finest” in a nod to the classic Batman / Superman team-up comic of the same name.