Elderwood Turns Dice Boxes and Towers Into Works of Art

Last fall, I was introduced to Elderwood Academy, a small indie creator of some jaw-droppingly beautiful gaming gear. They had a successful Kickstarter campaign to launch a line of boxes that resembled spell books. I loved them so much that I featured them in Geek & Sundry’s holiday gift guide for tabletop gamers. I mean look at these beauties: 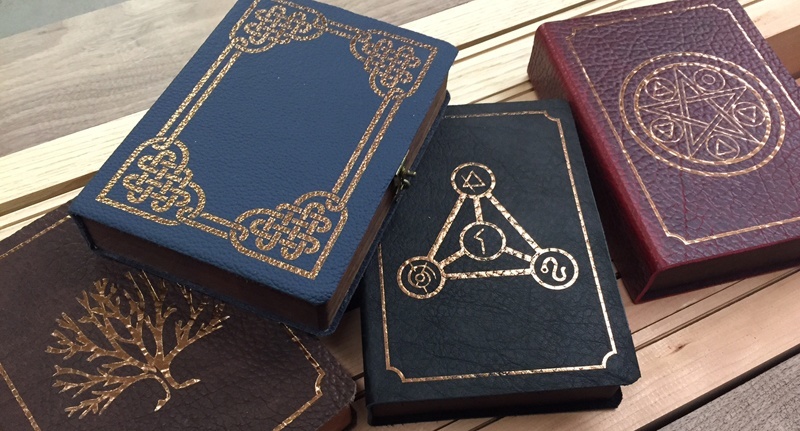 Each box is made to order using genuine leather, a variety of woods–depending on your preference–and a metal “reflecting pool” on the inside of the lid. Not only does this piece of metal look cool, but it also serves as a dry-erase board for taking notes. What makes these boxes even more special is that the inside is just as customizable as the outside. 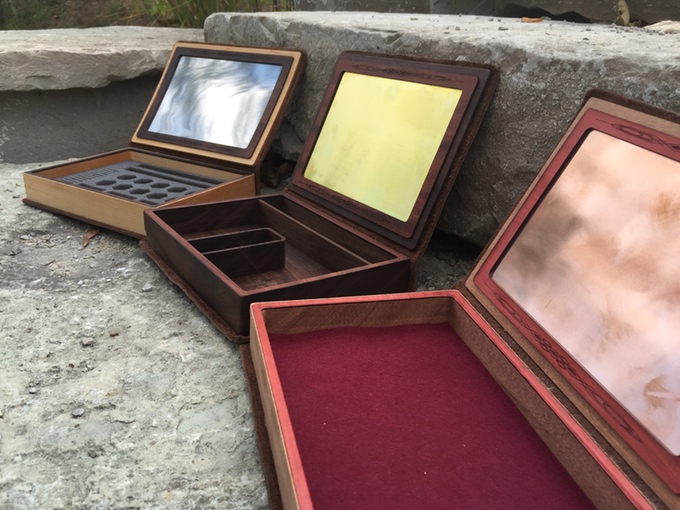 You can choose to between a rolling tray style interior for dice or a deck-holding interior for stashing cards. The rolling tray version can be further customized with colored felt as well as foam inserts for holding dice, figurines, and coins. Elderwood has since expanded its offerings with hexagonal dice boxes. Later this month, the hex chests will be available in aluminum. You can order your own custom spellbook box through this link. Please note, each box takes about four weeks to make, and my birthday is in December. 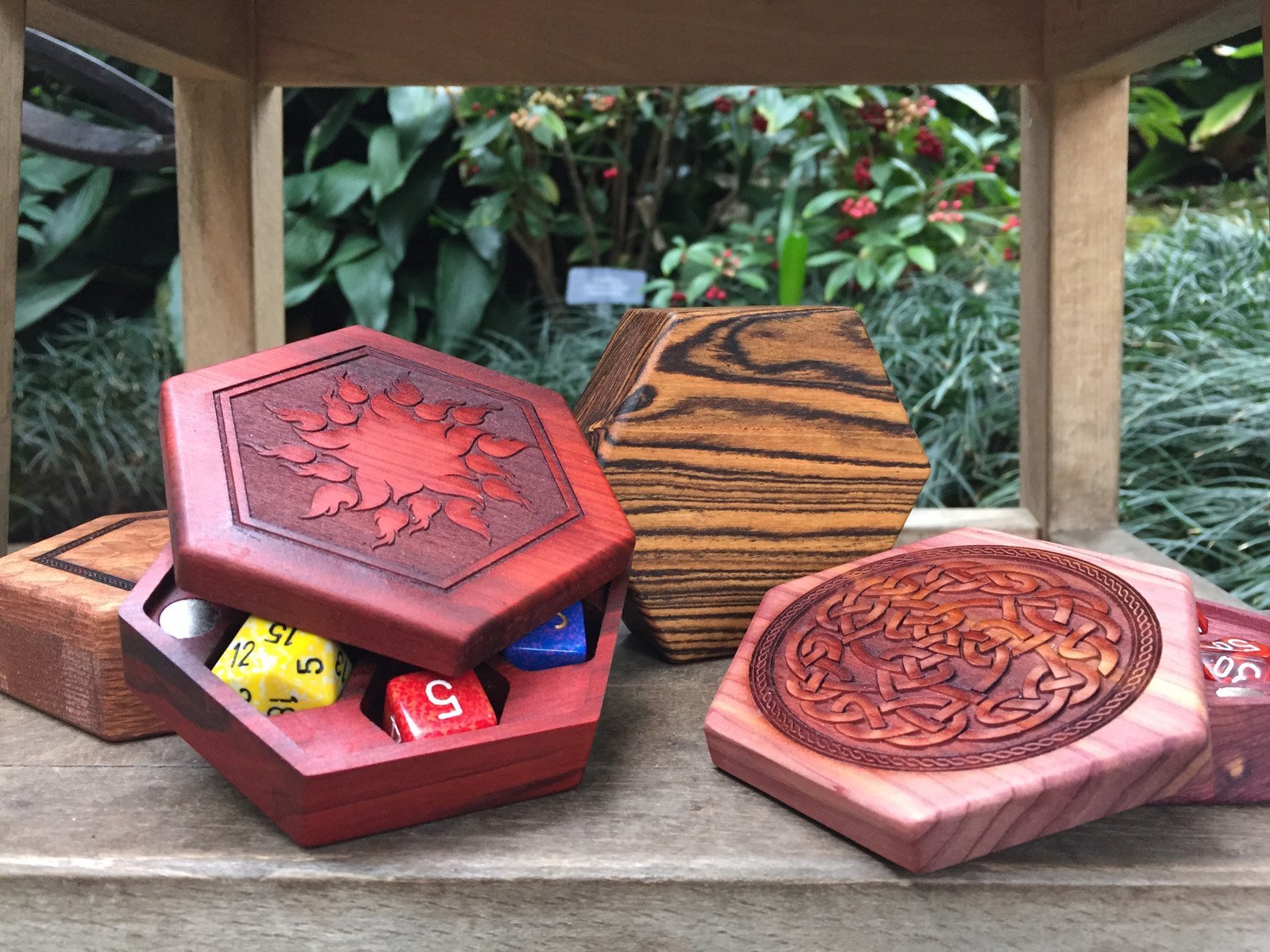 Elderwood Academy was founded by Quentin Weir and Dan Reiss, a pair of robot enthusiasts who met through gaming. They also shared a passion for crafting and discovered that they could use their engineering skills to craft intricate and very exact wood carvings. When images of their hex chests went viral on Reddit and Imgur, the gaming community encouraged them to launch a Kickstarter campaign to mass produce their works. They ended up raising over $281,000, even though their initial goal was only $5000. Their massive success allowed them to add more leathers, woods, and embossments to the collection.

As the unintentional company grew, Dan, Quentin, and their talented team have been honored to create items for some VIPs in the gaming and fantasy industries. They’ve made custom boxes for Naomi Novik, author of His Majesty’s Dragon, and Travis and Justin McElroy of the My Brother, My Brother and Me podcast. They’ve also designed cufflinks for League of Legends shoutcaster Sam Hartman-Kenzler (@RiotKobe). Plus, one of their staffers may or may not have stalked Critical Role’s Matt Mercer to autograph a spellbook this one time at PAX.

But now Elderwood is launching a new product that’s got me super excited: 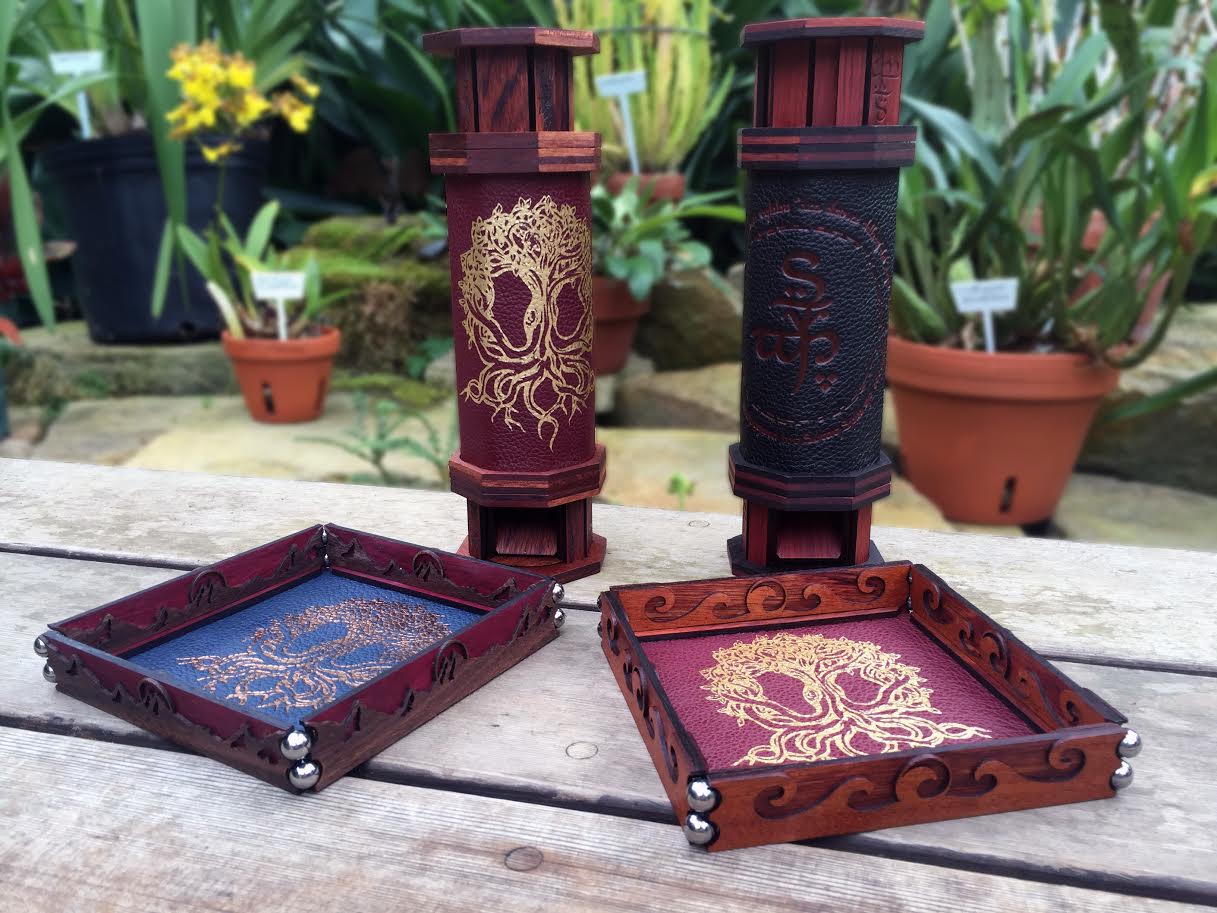 This beauty is an upcoming product called the Scroll & Codex. It’s a dice tower with a matching tray that can be rolled up an kept inside the tower for convenience. The items in the photo above are prototypes, but you can help make them a reality by supporting their upcoming Kickstarter campaign launching later this month. For more info on how to snag your own, sign up for Elderwood’s updates here; and for more images, check out this Imgur gallery.

How would you customize your spellbook or scroll & codex? Do you already own one? Share your thoughts and photos in the comments!

All images courtesy of Elderwood Academy